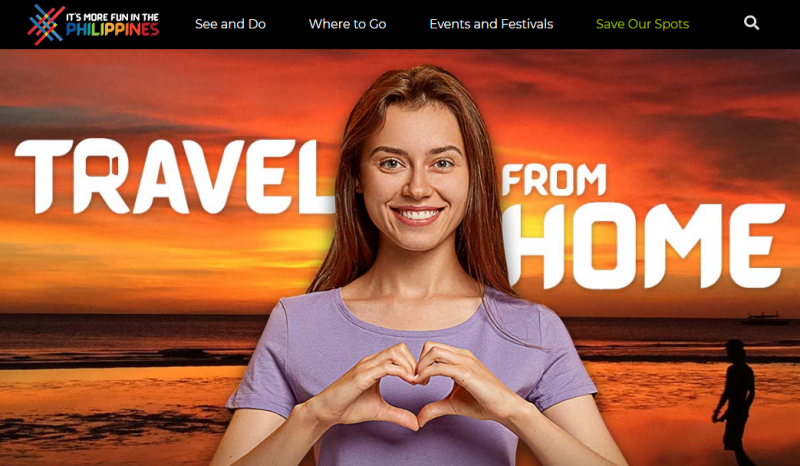 Movement restrictions in place across the world as a result of the COVID-19 have canceled travel plans and left entire industries devoted to tourism in tatters.

In Southeast Asia, where tourism plays an important role in generating jobs and revenues, the pandemic has already weakened the economies of many countries. Tourism numbers are minuscule at a time when they should be booming.

The Philippines’ Department of Tourism reported [2] that foreign arrivals went down by over 54 percent to 1.32 million from January to April this year. The tourism sector accounted for 12.7 percent of the country's gross domestic product in 2018.

According to the General Statistics Office, Vietnam welcomed [3] 3.7 million international tourists from January to March, which was 18.1 percent lower compared to the same period in 2019.

Thai authorities said that from January to March, foreign tourist arrivals decreased [4] by 38 percent to 6.69 million. Spending by foreign tourists accounted for 11 percent of the country's gross domestic product in 2019.

In response, governments in these countries have established virtual tours for those who want to explore famous travel locations in Southeast Asia without leaving their homes, and to encourage tourists to visit these places in the future.

Below are some of the free online travel packages on offer.

The Intramuros Administration (IA), a Philippine government agency, has partnered with Google Arts and Culture to create a platform [5] that allows users to virtually visit the ‘walled city’ of Intramuros in Manila.

Intramuros was the site of the old capital during Spain's 300-year rule over the Philippines. Visitors can explore famous landmarks like Fort Santiago and Plaza Roma.

Our sister agency @Intramuros [6] Administration has an online exhibit in @Google [7] Arts and Culture: https://t.co/209fJsU4nE [8] pic.twitter.com/sO0lV8sPhg [9]

The website also showcases the IA's art collection. The online exhibit [11] ‘Christ in Filipino Consciousness’ features religious images of Child Jesus that reflect how Christianity was deployed to colonize the Philippines.

Meanwhile, the Department of Tourism is also offering virtual backgrounds [1] featuring famous tourism destinations in the Philippines which users can display in video conferences. 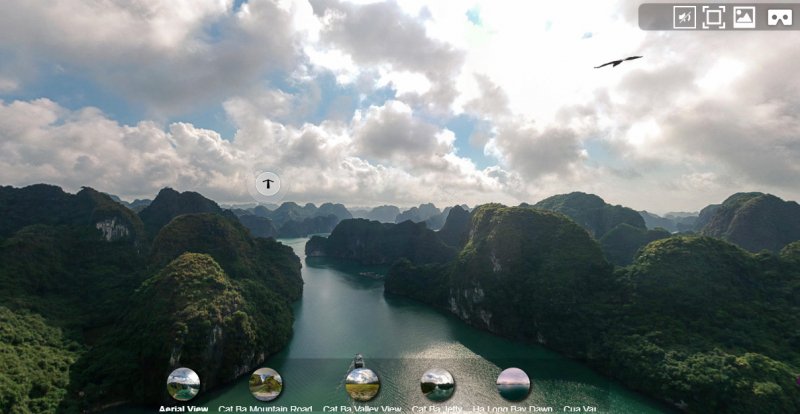 Screenshot of the Ha Long Bay 360 degree tour. Source: Website of ‘Stay at Home with Vietnam’

The Vietnam Tourism Advisory Board and the Vietnam National Administration of Tourism have launched the ‘Stay at Home with Vietnam’ kit [13] that allows visitors to explore the country from a distance.

The website offers 360-degree tours [14] of its eight UNESCO World Heritage sites which include Halong Bay and the Phong Nha caves.

A coloring-in pamphlet [16] that features Vietnamese icons is available for download.

Lastly, visitors can download photos [17] of famous tourism sites that can be used as virtual background during video calls.

Thailand has recently eased lockdown restrictions but it will take some time before international tourists are welcomed back again.

The Tourism Authority of Thailand (TAT) tried to sustain interest through its #BooknowTravelsoon campaign [18] and Amazing Thainess [19] social media promotion.

It has launched 3D virtual tours [20] for 13 attractions in nine provinces.

One of the virtual museums offering a glimpse of the country’s riches is the Arts of the Kingdom Museum [21], which features art collections created by the craftspeople of the Queen Sirikit Institute.

The model of the royal barge, including the hull and the keel, are made of gilded silver. The bow is made of carved gold and colour enamel in the shape of a Garuda clutching a Naga in each claw.