There are warnings of a possible famine 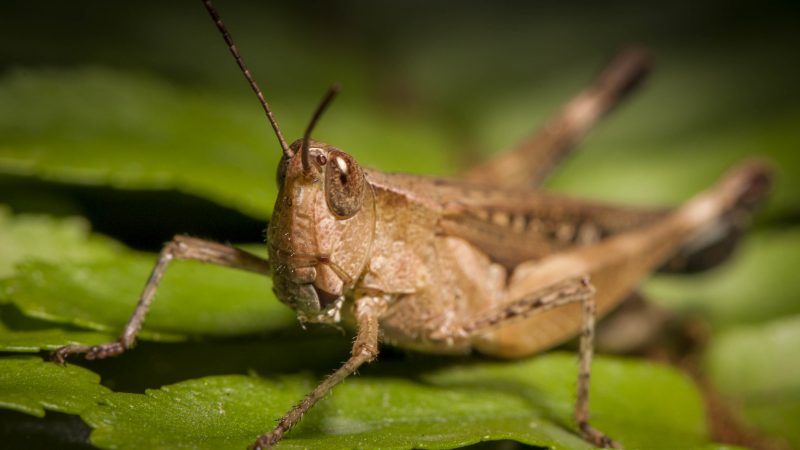 Migratory Locust. Image by Sergio Boscaino via Flickr. CC BY 2.0.

Like many countries around the world, the COVID-19 pandemic has hit Pakistan's economy and highlighted issues with inequality, regional conflict and growing unemployment. For Pakistan, these issues are compounded by an army of locusts that has been ravaging the food supply since June 2019 — threatening infrastructure already made fragile by the effects of the pandemic.

Swarms of desert locusts made international headlines after arriving in Pakistan from Iran in June 2019. According to the Food and Agricultural Organizations of the United Nations (FAO), these locusts are disastrous as “a swarm the size of Paris eats the same amount of food in one day as half the population of France.”

In November 2019, locusts reached Karachi marking it the first locust attack in the city since 1961. The locust army had already destroyed cotton, wheat, maize, and other crops when the government of Pakistan declared a national emergency in February this year. The decision to protect crops and farmers with a national action plan (NAP) and a budget of PKR 7.3 Billion (US$ 45.49 million) was jointly taken by officials and federal ministers.

According to NDMA, locust has affected 28 districts in Balochistan, 11 in Khyber Pakhtunkhwa, 12 in Punjab and 2 in Sindh https://t.co/oN8MMQqyhv

Farmers are worried about feeding their children and about agricultural production. Many people from the province have raised concerns over the alarming situation and people have taken to social media to express their fears.

The locust attack in Pakistan is a serious issue and an agricultural crisis in the making. As decorative as we would think this farmer looks…what he is actually wants us to realize is the intensity of the current situation. pic.twitter.com/hq5b8b6D9r

A frightening first-hand video of the swarm by a witness driving from Sibi, Balochistan to Sindh in southeastern Pakistan has been making the rounds on Twitter.

Driving from Sibi towards Sindh through a swarm of locusts #nightmare (via WhatsApp) pic.twitter.com/IXsQtddNjK

While many are scared about the forecasted food shortages, many are holding the federal government and the agricultural departments responsible. Manoj Genani, a freelance journalist believes the situation has worsened due to the negligence of the government and the concerned authorities:

In this pandemic situation, plant protection department has forget #locusts, they could have start biological spray in the region earlier but haven’t done so far, small farmer is worried in #Sindh it may cause a huge loss of crops#ClimateChange @pid_gov @FAO @FAOPakistan @IUCN pic.twitter.com/Kw3qMBLVim

Pakistan’s agrarian economy and the devastating impact of locust infestations

Pakistan is primarily an agrarian economy which contributes to about 24% of the Gross Domestic Product (GDP). A significant proportion of its 220 million population depends on the agricultural industry, either directly by farming and irrigation or through the supply chain and export of the crops.

Economy of Pakistan is already down due to COVID-19 n now agriculture is also facing huge loss of Farms because of Locust whch ll be more harmfull for crops of Sindh..#YaAllahKhair#SaveSindhfromlocust pic.twitter.com/t64wi8QkS9

According to the 2018-2019 Pakistan Social and Living Standards Measurement survey report, almost 16% of the Pakistani population was already at risk of moderate to severe food insecurity.

The country’s agricultural supply chain inefficiencies put millions at risk of malnutrition, especially in the impoverished and highly neglected areas of Sindh and Balochistan. And the situation has deteriorated since the COVID-19 outbreak.

Aamer Hayat Bhandara, a farmer from southern Punjab, says the shortage of labourers, transport and clear government strategy during the lockdown are affecting the food system in Pakistan.

Hashim Bin Rashid and Mohsin Abdali write about the root of the food crisis in Pakistan at Pakistan left review:

The complete shutdown of agricultural trading markets, especially those that purchase outputs from farmers, has led to significant losses for farmers. With the movement of goods suspended, crops ready for harvest, including grain, have been left to rot in the fields.

Wheat and flour is a staple in Pakistani cuisine, and many poorer households depend on it to meet their nutritional needs. The locust swarm has hit during the harvest season for Rabi crops — of which wheat is just one — and is a serious threat to Pakistan’s population.

24% of the population of Pakistan lives below the national poverty line which means a whopping 38% of people are dependent on wheat and flour. Farmers are worried that their children will starve and have been pleading with the government to take timely action, requesting insurance coverage against infestation.

Chairman of the Pakistan People's Party, a leading opposition political party in Pakistan, warned of a possible famine if timely action was not taken by the federal government.

The locust plague has also threatened other agricultural economies, with countries in Africa struggling to fight it. In Asia, the crisis has enacted cooperation on the regional level with Pakistan's neighbouring countries offering help to combat the infestation.

In February, despite the severed trade ties with India over the conflict in Kashmir, Pakistan was reportedly considering importing pesticides from its neighbour. In most recent news, India has also sought help from Pakistan and Iran proposing a trilateral partnership between the countries.

China also extended its full support to Pakistan by sending around 300 tons of locust control pesticides and donating 350 vehicle-mounted sprayers in the last three months. Iran and Turkey have also offered their expertise to Pakistan to fight the plague.

The Iranian Ambassador to Pakistan, Syed Mohammad Ali Hussaini, has urged Pakistan and India to work in cooperation with Iran to fight the common enemy. He believes that sharing knowledge, expertise, and best practices will help the three countries eradicate the locust infestation and protect the already fragile food infrastructure.