Will the ‘Self-reliant India’ scheme bring relief to migrants during the COVID-19 pandemic?

Package intended for migrant workers left out of previous schemes 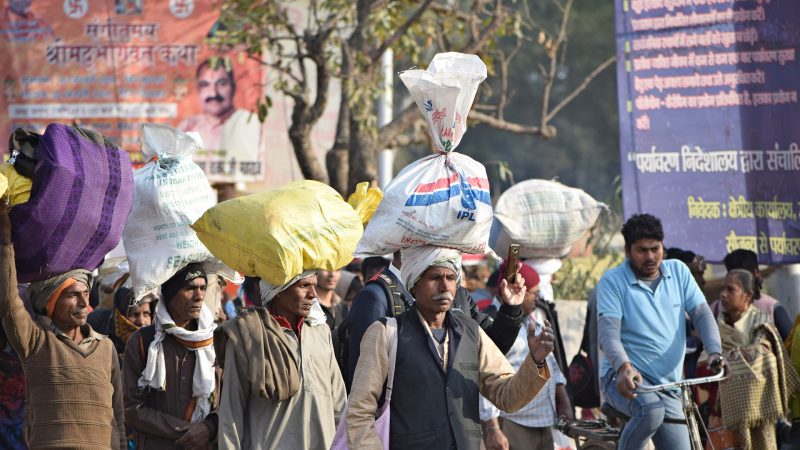 Image by Rajesh Balouria from Pixabay. Used under a Pixabay License.

As India's nationwide COVID-19 lockdown extends, migrant workers continue to bear the brunt of its negative effects. Many industries have halted production as a result of the pandemic restrictions, leading to skyrocketing unemployment and food insecurity for the country's most vulnerable populations.

While the government claims that this new plan provides for the food needs of migrant workers, many critics — including the opposition party — are skeptical.

The economic relief stimulus package is not entirely new spending but is inclusive of the measures announced by the Reserve Bank of India in March 2020. According to Sitharaman, this package would provide food for migrant workers who could not benefit from earlier food relief schemes. To push for better distribution, the “One Nation, One Ration Card Scheme” is being rolled out by the Ministry of Finance. With the implementation of this scheme, people with ration cards will be able to buy subsidized foodgrains from any Fair Price Shops (FPS) across the country. Currently, the subsidy can only be used at an FPS connected to the home address on a person's ration card. This has been a particularly problematic hurdle for migrants who have been locked down far from their registered address.

Sitharaman has also appealed to the states to ensure implementation of the Mahatma Gandhi National Rural Employment Guarantee Scheme (MGNREGS) which tries to provide jobs for returning migrant workers in their villages.

Social media users swiftly took to the internet to comment on this latest scheme. Some made videos supporting the call from the government to support local businesses. They utilized the hashtags of Janata Army (which corresponds to the previous Janata curfew initiative) and Main Bhi Fauji (I am a soldier as well) in order to highlight the revival of the economy as a war against COVID-19:

Join the Janta Army to build an #AtmanirbharBharat, a self reliant India! Be #VocalForLocal to help revive the Indian economy. All you have to do is- 1. Buy an Indian product & make a post about it 2. Tag 3 friends to motivate them to do the same 3. Use the hashtags #MainBhiFauji and #JantaArmy Let's create a social media chain to save the Indian economy from collapsing. An initiative by @houseoflaxmipati #MainBhiFauji #JantaArmy #LaxmipatiSarees

The word ‘aatmanirbhar’ (self-reliance) started trending, and social media was flooded with memes:

However, the scheme is already being criticized for insufficient government expenditure to curb the falling GDP. This is based on the fact that 20 lakh crore INR is 10 percent of the GDP along with 1.7 lakh crore INR (approx 13 billion USD) package that was already announced in March. The criticism is also based on the fact that the Ministry of Finance has decided to invest in businesses to create jobs for wages as a part of a trickle-down plan instead of providing direct compensation.

Members from the opposition party were quick to voice their skepticism:

Brilliant! Privatisation of hunger! The pangs of hunger are the ultimate drum beats of #AatmaNirbharBharatAbhiyan pic.twitter.com/XlkesfnjR7

(Who will help us to reach home, Mom?- Atmanirbhar (self-reliant), son)

So far, the Union Cabinet has approved the allocation of food grains for 80 million migrant workers over the next two months, but they are yet to discuss other proposals under the scheme.