Why Hong Kong isn’t dead yet

Hong Kong has been really good at protesting, at acting, at being creative and surprising 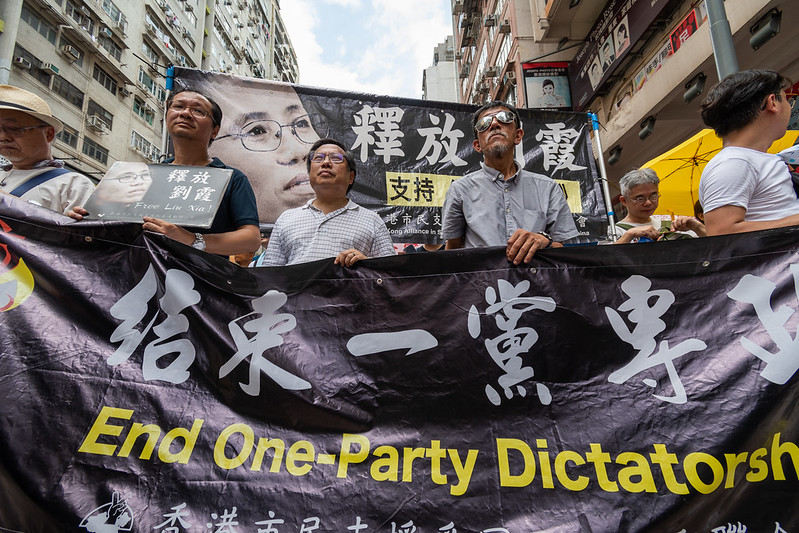 This story is an edited version of a post published by the author on Facebook on Friday, May 22, reflecting on the possible consequences of the end of “One Country, two Systems”—a principle written into the Sino-British Joint Declaration in 1984 to safeguard Hong Kong's political autonomy—following Beijing's proposal of a new draft law.

May 22, Hong Kong. It’s a really bad day. And we have been having lots of bad days in Hong Kong lately. Bad months. Bad everything.

We’ve been living with the coronavirus since January. In November last year, the police attacked my university campus. And it’s been almost a full year since we came out to protest against the extradition bill.

But today Beijing imposed the “national security” law in Hong Kong. This law will give them broad powers to go after anyone they don’t like. Anyone who criticizes them. Anyone who disagrees with them or disobeys them. Or also, anyone who hurts their feelings. Officially, the list of new offences will be “secession, subversion of state power, terrorism and foreign interference.” They say new categories might be added in the future.

I did not sleep well last night. It felt like I was waking up into a nightmare this morning.

Almost everyone I have talked to is speechless.

The government that is grabbing power in Hong Kong now is a government that censors Peppa Pig and Winnie the Pooh. It is a party that routinely arrests feminists, lawyers, intellectuals and keeps ethnic minorities in concentration camps.

This is what we are fighting against. It is why we are deflated, why we are in despair in the wake of the recent news. We are all very tired.

But let’s be clear: Beijing knows that they are paying a high price—the full price—for this. And we here in Hong Kong have made them pay it.

Hannah Arendt teaches us that power is to act in concert. But Beijing is acting solo now. This is not an example of Beijing being powerful—it is Beijing being forceful. It is not political power. It is political violence.

I’m not saying this is a win, or that this is something to celebrate. But we did our part. We made them work fucking hard for it. Everyone in Hong Kong is watching. The Hang Seng stock market index dropped a thousand points this morning already. Taiwan is watching. The United States is watching. Beijing is on notice, in front of the entire world.

So what now? What can we in Hong Kong do? What can anyone do?

What Beijing does not want you to do is to get up. To keep fighting. To have hope. Though why would anyone in their right mind in Hong Kong have hope right now?

“[Hope] it is not the belief that everything was, is, or will be fine. . . . The hope I’m interested in is about broad perspectives with specific possibilities, ones that invite or demand that we act.”

So what does it mean to act? According to Arendt, to act is to make a beginning. It is to do something surprising and unexpected and that will then have a life of its own because it will have inspired others, because others will follow, because we act in concert.

Maybe it’s time to remind ourselves that Hong Kong has been really good at protesting, at acting, at being creative and surprising.

We surprised the government when half a million of us came out to stop the original national security bill in 2003.

We let hundreds of Lennon walls blossom and bloom, in Hong Kong and around the world. We started the yellow economic circle to continue to innovate on how we protest. And we swept the district council elections in November 2019.

We refuse to be domesticated. Freedom is never free. But we earn our souls.

Please practice self-care. We have hope because we act. We take the hit, we get up and we live to fight another day.