From counterterrorism to counter-COVID-19, governments use crises to impose continuous states of emergency in the Middle East

Emergency powers carry the risk of undermining rule of law 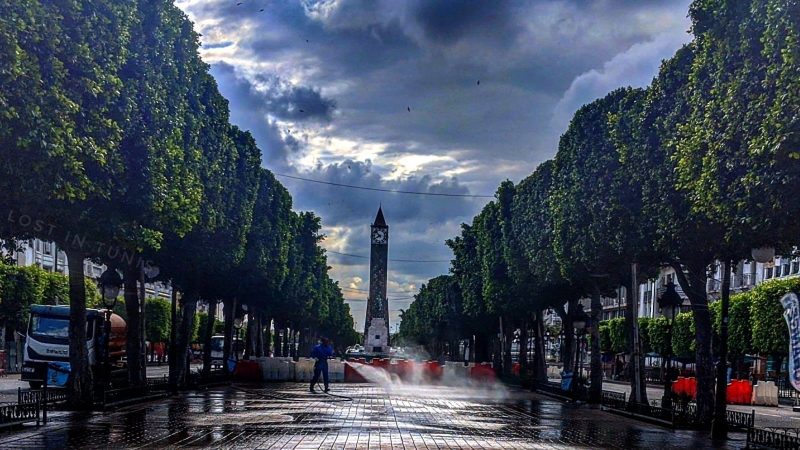 In response to COVID-19, governments around the world have declared states of emergency, allowing them to take exceptional measures to contain the pandemic.

Liberal democracies from the United States, Canada to European countries, Malaysia and South Africa imposed emergency measures that restricted mobility under lockdowns. Likewise, in the Middle East and North Africa (MENA), authorities declared states of emergency and imposed exceptional measures such as curfews and home confinement.

In a region plagued by decades of instability and conflict, authorities have long used exceptional and temporary emergency orders to justify repression and curb human rights. Based on this precedent, a number of governments are now using the coronavirus crisis to further crackdown on human rights — particularly freedom of expression.

What is a state of emergency?

When faced with an imminent threat such as disease or natural disaster, states can legally declare a state of emergency that allows authorities to temporarily exercise exceptional powers. This may include the suspension of basic human rights and freedoms such as restriction of movement or banning public gatherings.

However, “governments must inform the population of its exact substantive, territorial and temporal scope and the related measures,” when activating these measures, according to the United Nations Human Rights Office of the High Commissioner (OHCHR):

Emergency powers should not be a weapon governments can wield to quash dissent, control the population, even perpetuate their time in power. They should be used to cope effectively with the pandemic, nothing more, nothing less. says @UNHumanRights Chief https://t.co/xUufH1WJGc pic.twitter.com/LC40UJk1ut

Under international human rights law, there are limits to what a state of emergency grants governments. The OHCHR recommends that “all measures taken during emergency rules to be proportionate and limited to those strictly required by the exigencies of the situation. (…) The military should not conduct policing functions.”

In the MENA region, governments were quick to react and exercise full powers, even when there were only a few COVID-19 cases.

On March 16, it was Sudan’s turn to declare a state of emergency, following the death of a COVID-19 patient. The next day, Jordan’s King Abdullah II issued a royal decree granting his prime minister sweeping powers, including the ability to “monitor the content of newspapers, ads, and any other method of communication prior to publication, and to censor and shut down any outlet without justification.”

In Morocco, on March 20, King Mohamed VI declared a state of emergency, allowing the government to “take all necessary measures to combat the COVID-19 epidemic.”

While these measures may be justified to contain the spread of the virus, emergency powers carry an inherent risk of undermining the rule of law.

In MENA in particular, governments and authoritarian regimes have a record of abusing the state of emergency status to suspend democratic institutions and human rights over long periods.

For example, a number of governments in the region have previously exploited the “war on terror” to extend their powers, turning what was supposed to be a temporary state of emergency into a permanent one lasting for decades.

Algeria was under emergency rules for nearly 20 years following a brutal conflict with Islamist militants in the1990s. Peaceful protests were barred, political freedoms were repressed, the media was censored and arbitrary detentions were common. It was only lifted in the wake of the Arab spring in 2011.

Egypt was under a continuous state of emergency for three decades following the 1981 assassination of former President Anwar al-Saddat. Protesters demanded to lift the emergency status during the Arab Spring and finally succeeded in 2012. However, in January 2013, emergency law was reintroduced by the late President Mohamed Morsi — ousted in a military coup in 2013 — to curb renewed unrest.

Since then, Egypt has alternated between periods of non-emergency and emergency rule, regularly extended since 2017, when terrorist attacks on two churches occurred. These emergency measures resulted in systematic abuses of power used to restrict public gatherings, media freedom and detain people for any period of time and for virtually any reason.

Egypt remains at the bottom of most human rights indexes, ranking 166 in the World Press Freedom Index, for example.

Tunisia has been under a state of emergency since 2015, following a terrorist attack against a bus carrying presidential guards. It has since been continuously extended, prompting the UN Special Rapporteur on human rights in 2017 to declare it a violation of international law.

The temptation to abuse power

Across the MENA region, the military has played a key role in enforcing emergency COVID-19 measures and crackdowns on freedom of expression have increased.

Countering disinformation has been used in the region as a rationale for criminalizing anyone who posts content that challenges the official state narrative. Morocco has detained and prosecuted at least a dozen people for “spreading rumors” or disseminating “fake news” about COVID-19 on social media.

Even as countries curb the spread of the virus, they are still enforcing states of emergency without giving an indication of a timeline to return to normal. Jordan and Tunisia continue to impose a nightly curfew, even though the coronavirus is “contained,” on the basis of concerns of a potential second wave.

In the Middle East, fighting terrorism used to be the umbrella under which states of emergency were justified and maintained. Now, COVID-19 serves as a new justification for sweeping powers.

Finding a balance between national security and fundamental rights is a grey area that leaves ample room for interpretation.

The temptation to abuse powers when citizens are most vulnerable and need protection is real. A strong system of checks and balances must protect fundamental rights during an emergency. Ultimately, “the test of every nation is how it treats its citizens in times of crisis,” said Michael Page, deputy Middle East director at Human Rights Watch.