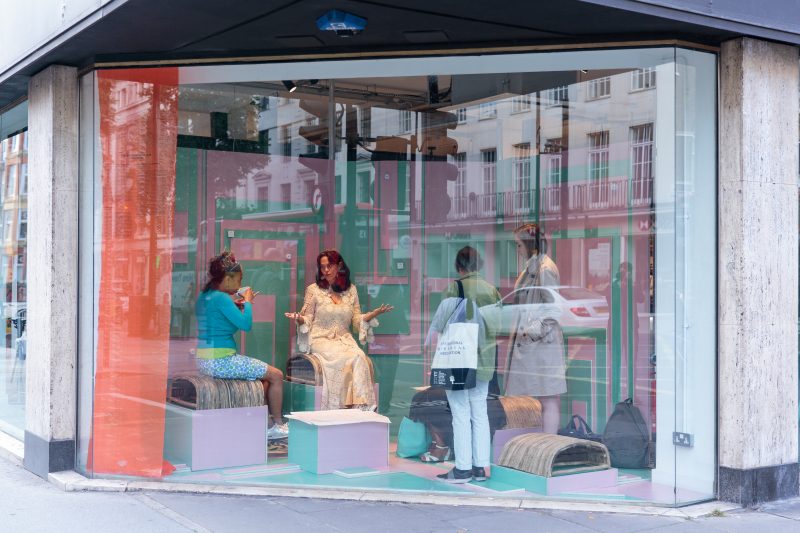 Imagine going to London, setting up a pop-up tea shop as part of an exhibition that delves into the implications of “selling back the remains of the British Empire […] today,” and using it as an opportunity to reframe the conversation about a shared, traumatic history using indigenous strains — known throughout the Caribbean as bush tea — of Britain's signature drink.

That's exactly what Barbadian visual artist and cultural advocate Annalee Davis did as part of her ongoing work into the ways in which shared historical suffering reveals itself and how this trauma — much of which remains unaddressed — is managed, on both individual and national levels. 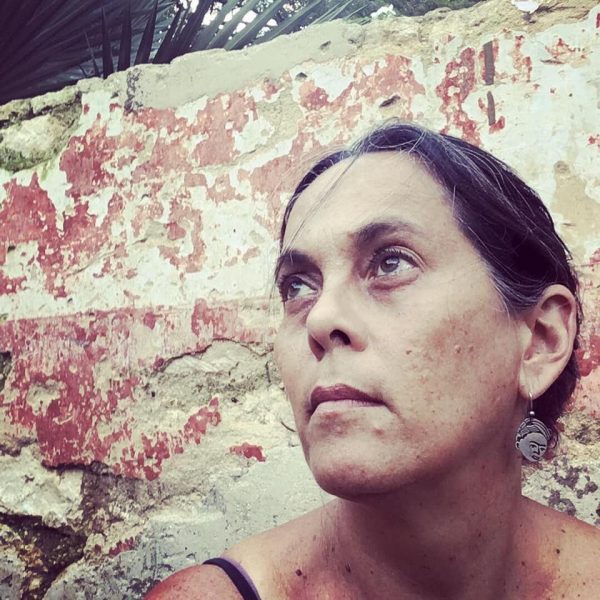 Annalee Davis (AD): Commissioned by the UK-based curatorial team, Cooking Sections, for their [London-based] 2016 pop-up exhibition, “The Empire Remains Shop,” I made this in collaboration with Barbadian master potter, Hamilton Wiltshire.

Dismantling the English tea set, I inlaid 18th and 19th century porcelain and clay shards unearthed from the soil, repurposing fragments from which I served unsweetened varieties of bush tea, harvested from the fields, including cerasee, bay leaf, blue vervain and lemongrass. An imperfect tea service which spills while being poured or drunk, it addresses gaps in history highlighting the inadequacy of inherited understandings about our collective past. 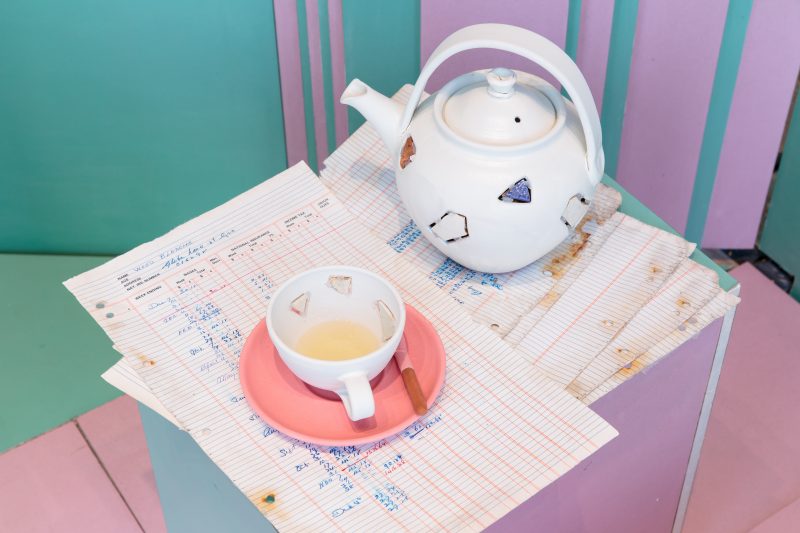 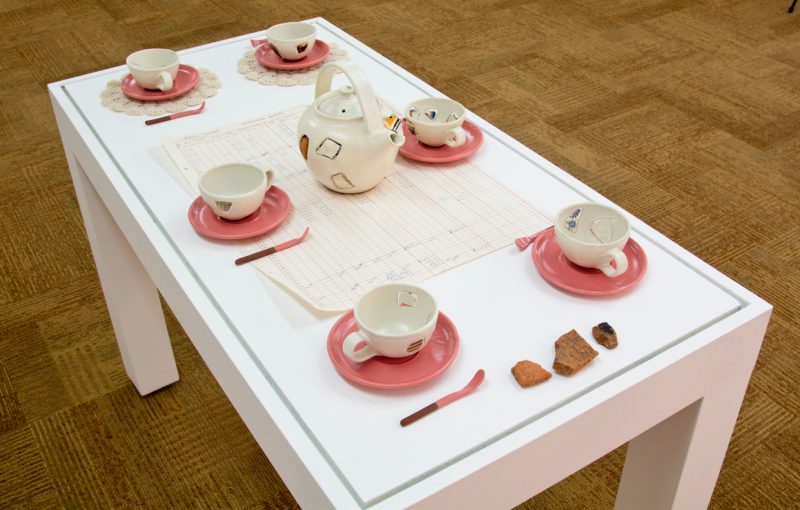 AD: Since August of 2019, I have been collecting and drying what Bajans call prickly pear cactus which reportedly has healing properties, including combatting diabetes [and] cholesterol, and purifying contaminated water. This tenacious plant inspires me to consider adaptability and flexibility.

The Caribbean is a biodiversity hotspot increasingly threatened by natural disasters and the climate crisis. Taking care of ourselves means protecting, preserving and restoring the region’s declining plant life, conducting research to better understand the value of what grows in this region, investing in our botanical gardens, training professionals in botany and conservation, and educating ourselves to understand that our biodiversity is special — something to be proud of. This intraregional at-risk resource is ours to protect and we must advocate for our own well-being and that of the archipelago. 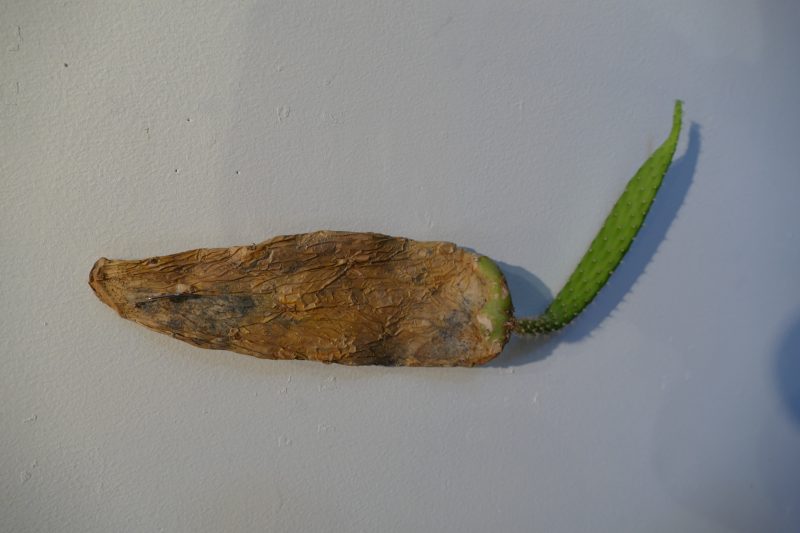 AD: Since Hurricanes Irma, Maria and Dorian, our prime minister and other Caribbean leaders have spoken on the world stage about the unequal impact of the climate crisis on SIDS. While first world countries’ extractive practices are the main contributors to our environmental problems, we cannot ignore how resource-strained Caribbean governments pattern their own models of development on cloth cut by our colonial histories, unceasingly threatening the human and ecological well-being of this region.

For example, tropical coral reefs have been negatively impacted and depleted by chemicals used in local industrial agricultural practices. We have been remiss in effectively monitoring those practices to protect our own biodiversity. In transitioning to tourism, rather than repeating the mistakes of monocrop farming in the extractive agricultural sector, we should have interrogated elected officials to better represent our interests and those of the environment.

This pandemic forces us to rethink sustainable futures in the context of SIDS to ask how we might reconsider the potential of wild botanicals. For example, we are noticing in the Bajan slow food movement a trend in some chefs who envision inventive ways to include local wild plants into their menus. Organic farmers are selling local amaranth, pussley and fat pork at Bridgetown’s Cheapside Market, demonstrating how historically fatigued landscapes might become sites of genesis and regeneration. 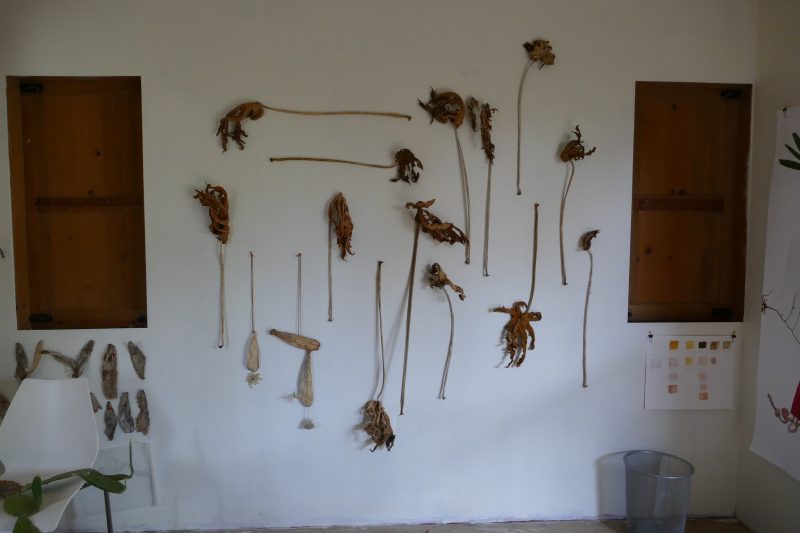 AD: A challenge in post-plantation economies is to foster love and care for lands from which we have felt alienated and traumatised. I am collaborating with Walkers Reserve and the Caribbean Permaculture Research Institute of Barbados on a new work, “(Bush) Tea Plot — A Restorative Apothecary,” fitting within their larger ethos of regenerative work, to offer an intimate space for more meaningful connectedness with the land, our history and the power of the feminine.

I have developed some of these ideas more fully in my 2019 publication, “On Being Committed to a Small Place” — [which puts forward] critical positions from Central America, the Caribbean, and their diasporas — as well as in an article titled “Beach as plot?”

In that most recent article, Davis challenges the unidimensional notion of tourism as the cure-all elixir for small island economies, and “the potential role of contemporary visual art and artists in offering other lenses through which we can see ourselves and consider our contexts.”

Part 1 of this interview is here.