Where’s the Pacific voice in the viral ‘real Lord of the Flies’ story?

'It lacked the very Tongans the story was about' 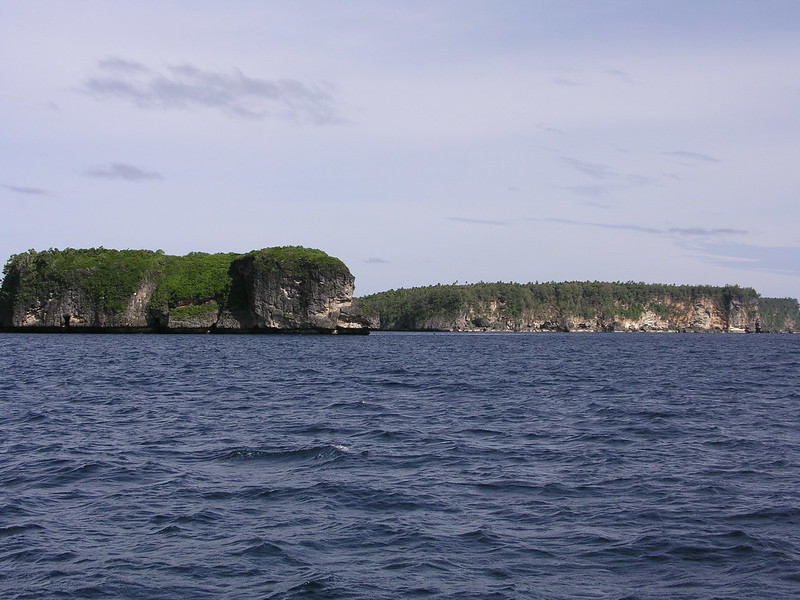 A book excerpt published by The Guardian narrates the survival of six shipwrecked Tongan boys on an island for 15 months in 1965. The story received more than seven million hits in just four days, but some Tongans have pointed out that the story, which foregrounds the point of view of the Australian sailor who rescued the teenagers, lacks a Pacific voice.

The Guardian story, ‘The real Lord of the Flies: what happened when six boys were shipwrecked for 15 months,’ was published on May 9 and immediately went viral, attracting the attention of filmmakers and global leaders. The book from which it is excerpted is “Humankind: A Hopeful History,” by Dutch historian Rutger Bregman.

Bregman recounted how Tongan teenagers Sione, Stephen, Kolo, David, Luke and Mano survived on the depopulated Ata island for 15 months by relying on each other after their boat was destroyed by a storm. They were rescued by Australian sailor Peter Warner.

Bregman contrasted the story of the six Tongans with the tragic fate of the characters in the popular 1954 novel “Lord of the Flies” by British author William Golding. In the novel, the children survive a plane crash and end up on a remote Pacific island. Some of them become violent, with fatal consequences.

For Bregman, the story of the six Tongans offers a more positive view of humanity:

It’s time we told a different kind of story. The real Lord of the Flies is a tale of friendship and loyalty; one that illustrates how much stronger we are if we can lean on each other.

The Guardian story was picked up by the local press in Tonga. Through the Matangi Tonga Online, we learned that the full names of the six teenagers are Kolo Fekitoa, Sione Fataua, “David” Tevita Siola'a, “Stephen” Fatai Latu, Mano Totau, and Luke Veikoso.

Not all are happy with the story published by The Guardian. In an ABC Australia audio interview Meleika Gesa-Fatafehi, a Tongan author and storyteller, took issue with the story's “colonial lens”. She felt there was too much focus on the Australian rescuer while omitting reference to the island’s history of colonialism (which is why it was depopulated), and the local belief systems that could explain why the boys behaved the way they did. She expressed frustration that a foreigner owns the rights to the story about what happened to the six teenagers, which is well-known in the Tongan community.

Gesa-Fatafehi added that understanding Tongan history and the values promoted in the community would have made readers see that the western novel Lord of the Flies provided an inaccurate counterpoint to the story of the six teenagers.

In a widely-shared Twitter thread, Gesa-Fatafehi elaborated her other concerns:

It lacked so much. It never even asks what the boys felt nor anything in detail of why they chose to do things. It lacked their perspective. It lacked the very Tongans the story was about, with the exception of Mano

idk (I’m playing, I do know), but your story wasn’t what I grew up learning. It’s told from a colonial lens. It just seems out of place, especially how we are viewed as some uncontaced magical native who surprisingly have the ability to live off the land/country

As a Samoan, I had issues with the way the story of the 6 Tongans stranded on ‘Ata island was told.
I just spoke to @endlessyarning about it and, when you get over the romanticising of the story it's actually WILD that a white man owns the world rights to their story of survival https://t.co/pES7E4gEda

On Twitter, Janet. U revealed that her grandfather is one of the six castaways and posted the following appeal to the public:

All I ask is, PLEASE DO NOT SPEAK OR TALK ON BEHALF OF THE 6 BOYS if you’re not them or their immediate family or without their permission. YOU WEREN’T THERE!! so please stop. Try reaching out to them as majority of them are still alive.

Bregman responded to the Twitter thread of Meleika Gesa-Fatafehi by pointing out that the Guardian excerpt did not include his interview with Mano and Sione.

The version is my book is twice as long. I interviewed not only Mano, but also Sione – the oldest of the six. Spoke to both of them this week, and they're really happy with everything that's happening.

He said he also tackled the history of slavery on the island.

A big part of my book, also in another chapter about Easter Island, is devoted to the the horrible Pacific slave trade.

On May 13, The Guardian published an interview with Mano. The article quoted Mano and Bregman, who clarified that Warner did not benefit financially from the story of the rescue.

Gesa-Fatafehi posted a rejoinder to Bregman's point that the story is not about racism or colonialism but resilience and interracial friendship:

Hey, I disagree. This story is essentially tied with slavery, racism and colonialism. You may not see it, but as a child, we get told stories about ‘Ata and those who were stolen. Those boys ended up on ‘Ata. It’s important to acknowledge that their story is 100% tied in with

She wrote a longer piece summarizing the points she raised on her Twitter thread:

The original article could’ve done more for the six men. The story should have been told by a Tongan. The story should have been told by the men themselves and their families. This is their story, will always be their story. The article doesn’t mention how the boys felt or why they made the choices they made. It lacked their perspective. It lacked the very Tongans the story was about, with the exception of Mano. But even then, Mano was sidelined. He deserves to share his story how he would want to.

Gesa-Fatafehi said in the ABC Australia interview that if ever a film were to be made about the six teenagers, her advice is to hire a local crew and incorporate local perspectives in sharing the story to the world.