Truck drivers blamed for spread of COVID-19 in East Africa

Truck drivers are the heartbeat of regional trade 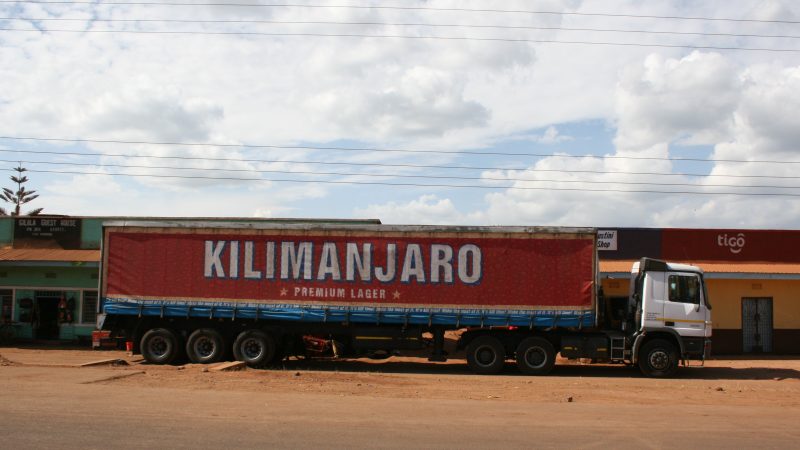 While most of East Africa has been under varying degrees of lockdown, truck drivers are the heartbeat of regional trade who trek frequented routes in the region as essential workers.

As of May 14, least 33 truck drivers have tested positive at the border between Tanzania and Kenya in the town of Namanga.

#Kenya dispatches an emergency medical team to #Tanzania border to undertake mandatory testing for truckers at the #Namanga crossing as concerns mount over #Covid19 transmissions from the neighbouring country. pic.twitter.com/kMftcxIXrf

Kenyan truck drivers who tested positive were allowed to enter Kenya and self-isolate but Tanzanian drivers were denied entry and were forced to return home. It is unclear whether they were taken to health facilities to self-quarantine for 14 days or were expected to self-isolate at home. 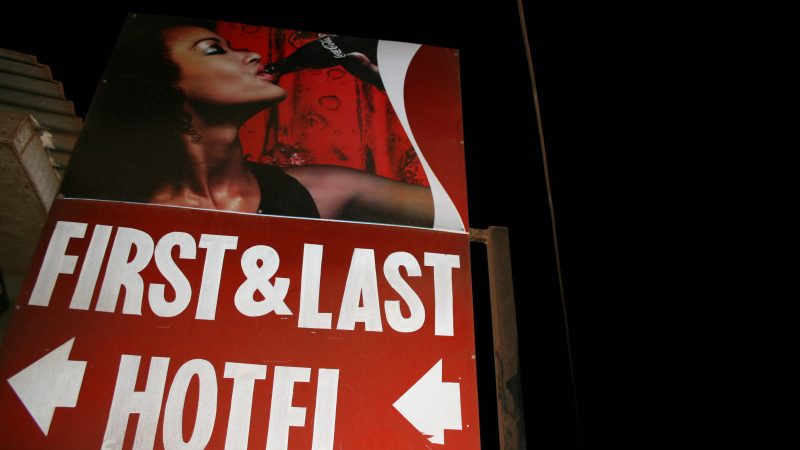 Signpost for The First & Last Hotel in Namanga, on the Tanzanian side of the border with Kenya. Border transit towns in East Africa are often busy communities, which apart from immigration and customs, also provide other services such as bars, restaurants and lodges. Photo: Pernille Bærendtsen, used with permission.

Kenya's health minister Mercy Mwangangi said that aside from porous borders, “truck drivers are becoming the other weak link in the fight against the virus,” as reported in The Citizen, a Tanzanian daily.

Truckers from Kenya must now present a certificate to prove that they are coronavirus-free before leaving or entering Kenya at entry points.

Kenyan officials are considering closing the border with Tanzania to curb the spread of the virus, but no decisions have been made at this time.

In early May, Tanzanian truckers were not happy when they arrived at Rwanda's Rusumo border with essential goods and were told to hand over their trucks to new drivers upon arrival.

This “relay” measure was put in place by Rwandan authorities who saw an increase in virus cases among truck drivers. The directive led to reported bursts of violence at the Rusomo border, which was later debated on Twitter:

This Twitter user called out the tension as xenophobia:

Somebody save our drivers from this xenophobia

Over 90 percent of Rwanda's goods are imported through Tanzania's cultural capital of Dar es Salaam via the Rusomo border, and this is where many of Rwanda's coronavirus cases have been reported, with the highest number recorded in a day.

Most drivers do not ride with any form of personal protective equipment like face masks or gloves, noted Abdul Ndarubogoye, chairman of the Rwanda Truckers Association.

Uganda was one of the first countries to enforce strict testing protocols at its borders — drivers must register at mandatory stops for testing and vehicle disinfectant.

John Wanjiku, a driver from Kenya, said that he faced up to 11 screenings in a single trip from Nairobi to the Ugandan border, facing an 18-mile traffic jam. Drivers reported fears of running out of food and theft at night.

Speak FM, in Gulu, northern Uganda, a transit town for trucks going to South Sudan, has repeatedly reported on the situation of truck drivers. On May 9, it reported 13 positive virus cases from a mass screening of 2,421 truck driver samples tested at border points, while samples from the community tested negative.

On May 14, 21 new COVID-19 cases were confirmed from 1,593 samples of truck drivers in Uganda, bringing the total number of virus cases in the country to 160.

Zambian President Edgar Lungu directed the Zambia-Tanzania border to close temporarily starting on May 11, while the border town of Nakonde was locked down.

After testing over 900 people between May 13-14, Zambia's Ministry of Health reported a total of 654 cases as of May 15. Out of these, 398 cases were people residing in Nakonde, working in immigration, customs as well as truckers and sex workers.

Both Tanzania and Zambia are part of the Southern African Development Community (SADEC), and the border crossing is central for Zambia's export of copper and cobalt, and fuel imports.

On May 15, the border was reopened for cargo — not people — and the lockdown was lifted but is expected to be enforced again with further testing.

EAC ‘asleep’ at the wheel?

Amid the COVID-19 pandemic, truck drivers have faced an onslaught of stigma in East Africa. Media and government authorities have referred to them as “vectors,” “superspreaders” and “the weakest link” in the fight against the spread of the coronavirus.

In an unusual move, Uganda's Ministry of Health collaborated with Ugandan socialite and self-proclaimed sex worker Bad Black, who in a video message addressed sex workers to stay away from truck drivers.

Many netizens have questioned whether or not governments are doing enough to help protect truck drivers and border communities as a whole.

On May 12, EAC leaders agreed to joint interventions to tackle COVID-19 and acknowledged the need to improve conditions for truck drivers.

But Evelyn Lirri tweeted her doubts about the EAC and expressed concerns for the drivers:

Since the #EAC is asleep, or may be closed shop many moons ago, what are the companies that hire these #truck drivers doing to minimise the drivers’ risk of being infected with #COVID19? Or have they been left to the elements? https://t.co/gTtXfGqa15

Great question! What does occupational health and safety look like for truck drivers among whom the highest cases of #covid19 are happening in East Africa?