Banned for 30 years, Singapore’s only martial arts film is now on YouTube

For years, lead actor Peter Chong kept the only copy inside a refrigerator 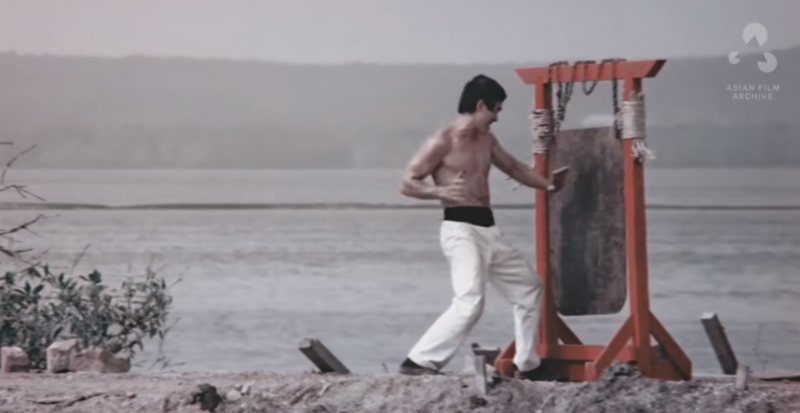 One of the scenes in the movie Ring of Fury. Screenshot from YouTube.

Singapore’s first and only martial arts film, “Ring of Fury,” is now available for viewing on YouTube.

The film was made in 1973 but was not approved for public screening because of its “portrayal of gangsterism and vigilantism at a time when Singapore was aggressively ‘cleaning up’ its national public image,” according to the Asian Film Archive (AFA).

Despite its limited distribution, it is recognized as “a gem of Singaporean genre cinema.”

The film was inspired by Bruce Lee’s “Fist of Fury” which was released in 1972. It tells the story of a noodle seller who learned kung fu to avenge his family and fight a gang of thugs.

This is historically significant in the story of Singapore film *and* a ton of fun. Bone-crunching combat, masks under masks, dogs looking at the camera, Satay Club in colour, Jurong Bird Park, sleazy gangster parties – it’s got it all! Thanks @AFA_archive !!! https://t.co/1EBOZLTB9t

The main actor is Peter Chong, a real karate master who kept the only copy of the film inside a refrigerator before it was restored.

As a film that portrayed gangsterism in 1970s Singapore, the filmmakers encountered real gangsters just like those who intimidated the local hawkers on set and had to tread carefully not to overstep certain boundaries. Filmed in a guerilla manner, the filmmakers did not obtain official permits to shoot at all the locations.

The actor Peter Chong explained in a 2017 media interview why censors rejected the film in 1973:

It's a real story of Singapore in the late 1960s when we still had gangs around collecting protection money. (But the censors) said that you can't take the law into your hands.

Singapore became independent from Malaysia in 1965. The ruling People's Action Party (PAP) has been in power since the founding of the state up to the present. PAP is credited for turning Singapore into one of the richest countries in the world, although it is also accused of employing strict social controls that undermine free speech and democracy.

Some of those who watched the restored film in 2017 immediately recognized the cultural significance of “Ring of Fury.”

Commenting on the Letterboxd, a global social network for grassroots film discussion and discovery, a user called celeste noted that the film offers a surreal version of Singapore, far removed from its present.

some really incredible cinematography and surreal shots of 60s/70s singapore, a place that is almost another country to me.

a real tragedy that it was banned on release until 2005, can you imagine the iconic status this film would have now.

Writer Ben Slater explained how the film might have affected Singapore's movie industry had it not been censored:

…it's an attempt in the early seventies to make a commercial genre film. It was kind of like other things happening in Hong Kong. And it didn’t work because it was banned, obviously didn't get a chance in Singapore. And I think, if let’s say in a parallel universe, the film had been released and it had been a huge commercial hit, there could have been 20 or 30 martial arts films that came out of Singapore. It could have, who knows, kickstarted a new studio or whole proliferation of other filmmaking that could have happened at that time. It's very very sad, in fact, in some ways a great tragedy that it didn’t.

A reviewer for The Last Word described the film as entertaining in its absurdity:

As a film “Ring Of Fury” is terrible but as something that you can sit back and laugh at the pure absurdity that is being displayed on screen, the film is great. Everything about the film was outdated and over the top, from the training montage to the villain, but to be honest I had a blast watching it.

And the review ended with an important question:

…the film shows the viewer a completely different side of Singapore. It’s almost as if the film is a time capsule into Singapore’s past. After watching the film one question still remained. Why was the film only being shown to us now?