‘If a dirt, a dirt': COVID-19 and the reopening of the Jamaican economy 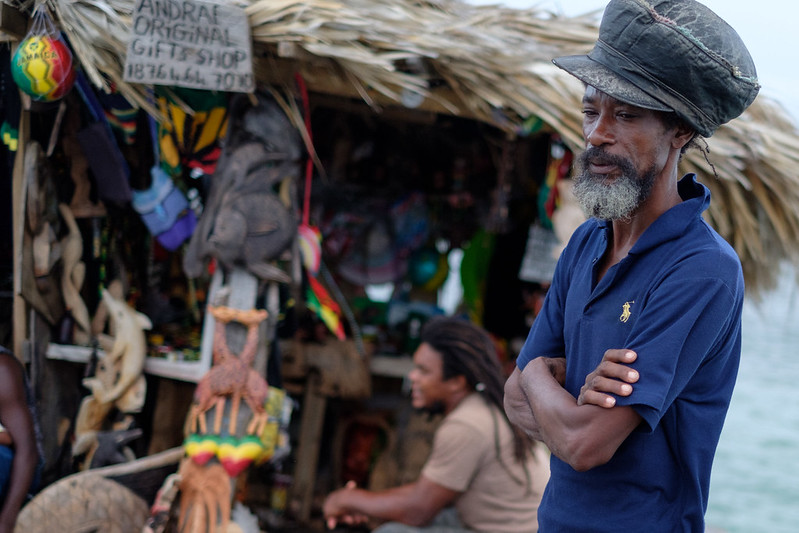 The original version of this story was published on Petchary's Blog.

There is a fatalistic streak in the Jamaican psyche. The point is sometimes reached where people shrug their shoulders and say, “Suh it guh” (that is how things go).

In this COVID-19 era, this tendency has kicked in. “Dirt” refers to death. As the saying above suggests (there are many others among old Jamaican proverbs), you have to die sometime. Whether you die of hunger due to economic collapse, or from the virus itself, it’s the same thing. The consensus among some is, “Let’s take a chance and face the virus. At least we will have some money coming in. If we die, we die.”

I get the sense that the Jamaican government reached a similar conclusion a little while back, and has been edging towards it. The Holness administration is, after all, between the devil and the deep blue sea. It has been attempting to “balance lives and livelihoods,” as the COVID cliché would have it. But for a number of reasons, it cannot keep Jamaica’s bustling, hustling economy, especially its substantial informal sector, on hold forever. There will be anger, even riots, perhaps. One feels the desperation. I am sure political representatives are being told this every day – “Wi hungry!” This is blunt, this is real. And then there are elections on the horizon. So, the “balance” has tipped.

So, the press briefing at the Office of the Prime Minister on the night of May 12 was critical and may have serious implications. It seems we have reached the point where the economy, and in particular, our small and micro businesses, cannot hang on any longer. No matter what, we must tentatively “open up,” and let the chips fall where they may. Although, in actual fact, we never really closed completely, though small and micro-businesses, vendors, taxi drivers, and many others living on the edge of poverty or in poverty, have continued to suffer inordinately.

This is the current situation, which will soon change: places where people gather have closed, apart from supermarkets and the especially blessed “BPOs” (call centres). The tourism industry is comatose, as are related businesses. Tourism Minister Ed Bartlett said at the press conference that he would shortly announce a re-opening date. This would, of course, need to be coordinated with the re-opening of our borders. The tourism shutdown was forced on our reluctant government by the closure of the travel industry, which remains 95 per cent shut down, along with airlines and cruise ship sailings.

The Ministry of Health and Wellness was allotted about five or ten minutes of the press briefing, with the Chief Medical Officer, as usual, exuding calm and clarity. The remainder of the two-hour event was devoted to the prime minister’s detailed explanation of the boundaries of the quarantined area in rural St. Mary in and around the town of Annotto Bay; another complex explanation of the curfew hours, which have been relaxed (from Wednesday evening we will have two extra hours of freedom in the evening, and an extra hour in the morning – that is, from 8:00 p.m. to 5:00 a.m.); and the Finance Minister’s usual thorough explanation of arrangements for the distribution of assistance to the most vulnerable communities. The questions from the journalists reaped a great deal more useful information, and some evasive answers.

Prime Minister Andrew Holness then announced that, having met with church leaders, he has decided to open churches and also bars, for a “probationary period” of two weeks. Well, they do say that in Jamaica, next to every church is a bar (or vice versa).

It is clear that efforts to enforce social distancing have not been very successful, and two places where people generally move around and socialize just as they please are churches and bars, which, after all, are major social meeting points. According to the prime minister, there are at least 10,000 bars in Jamaica (and I am sure that is an under-estimate) and God knows how many churches across the island. I’ve heard it is around 2,00-3,000. Again, it could be more.

There are so many trivial—and yet not trivial—questions that spring to mind: How are people going to have a drink while wearing masks? Don’t some bars have kitchens, where food is cooked and people sit down and eat? Are people really going to resist the urge to sit down for a game of dominoes? Are churchgoers really not going to hug or do that peace thing, shaking hands? Who is going to stop them, if they do? Who is going to monitor these many thousands of establishments, and who is going to enforce the Orders, several of which, in terms of human behaviour, have already been consistently ignored by the general populace?

At locations like markets and outside the Western Union offices in various towns across the country, for instance—remittances from abroad are a lifeline for many Jamaicans—people continue to huddle in crowds. And if I were to take a wild guess, based on what I have seen anecdotally on television reports and on my rare excursions out of the house, only about 30 per cent of the population wears face masks. Those who do often wear them incorrectly.

All the Government can do now is “implore” and “suggest” that Jamaicans behave responsibly and sensibly and adhere to the rules so that we can all learn to “live with COVID-19” while getting on with our lives. However, many of us cannot, or will not, hear or listen to these admonitions. Orchestrating behaviour change is a long, frustrating, and also highly technical process. It’s not going to happen overnight. Simply telling people to behave themselves at a press briefing that half the population was probably not even watching is not going to have any effect.

Once things have “opened up” it will be back to normal. I don’t believe it will be a “new normal”—just normal. We are almost there now.

There was a lot of talk about “managing” the virus. Well, Mr. Holness et al, I have news for you. One thing that we have learned from around the world is that humans don’t manage the virus—the virus manages us. All we are doing is trying to keep up, to adjust, to react — and at times, we are just winging it, on a hope and a prayer. Even President Trump, who really believes he is some kind of god or king, now has the virus running through his White House, and there’s not a thing he can do about it.

We might have all the plans in the world, and think we are in control. But “things and time will tell,” as Jamaicans say.

Meanwhile, let’s reflect on a placard held up outside the Florida State House today during a protest: “A corpse is not a customer.”