COVID-19: Switching online is not an option in conflict-stricken countries in the Middle East 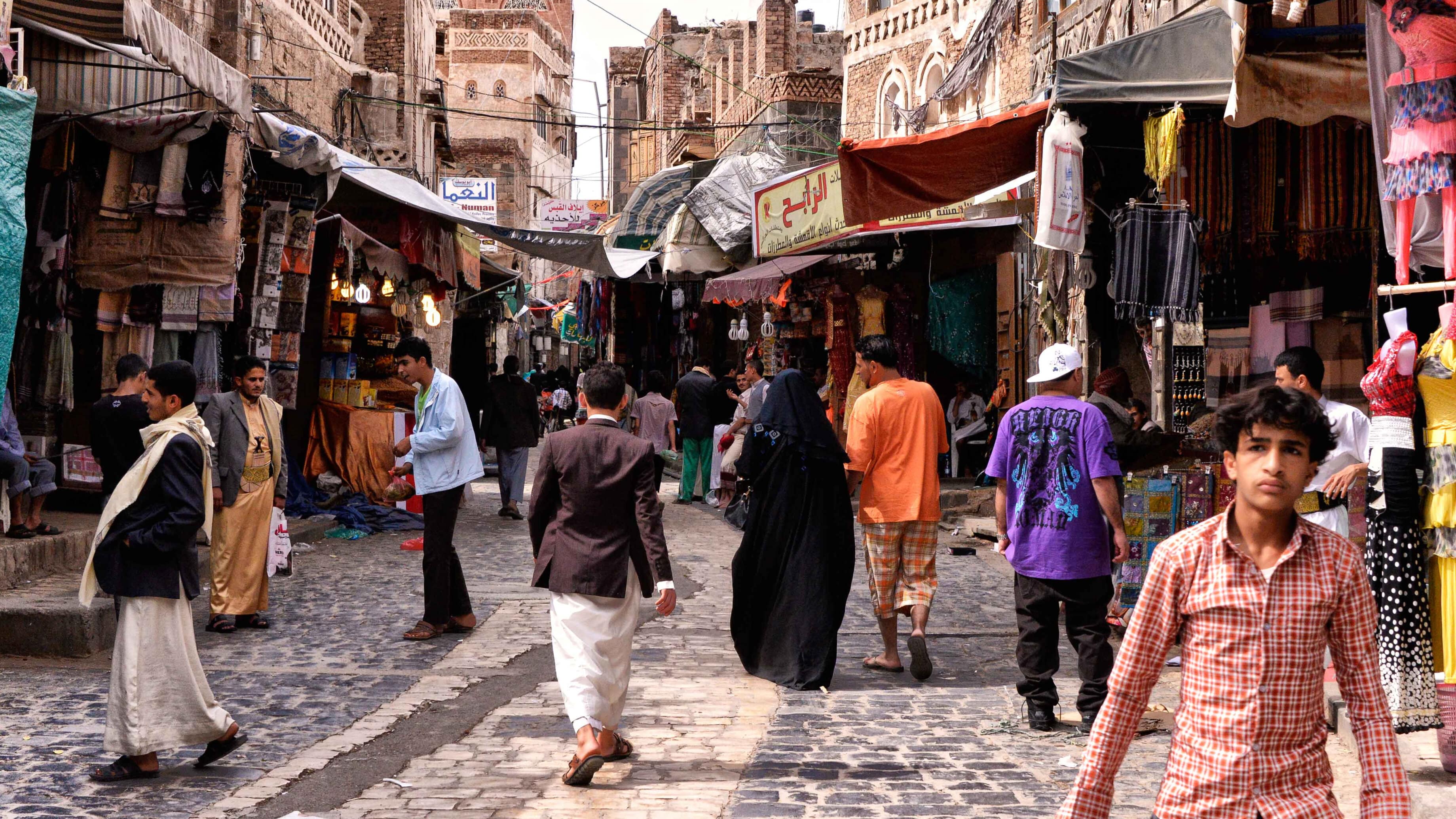 Street scene in Sana'a, Yemen, where the majority of those with internet access are young men, April 28, 2015. Photo by Rod Waddington via Flickr by CC BY-SA 2.0.

The COVID-19 pandemic has forced governments across the world to impose lockdowns, sending billions of people into home confinement. This exceptional situation has caused a lifestyle paradigm shift.

Working, learning and socializing online has become the norm, as people severely restrict their time outside  to limit any prospects of catching the novel coronavirus.

The use of the internet is not new, but COVID-19 fast-forwarded this global shift where the internet dominates all aspects of life for those who have access to it.

If online is the way forward in these times of a pandemic, what about countries stricken by conflicts with limited internet access?

The COVID-19 pandemic and the unprecedented measures taken to stop its spread have changed our lives. It has led to fundamental shifts in how societies and businesses operate.

As the deadly virus disrupts the world and may continue to do so until a vaccine is discovered, the internet has taken over. Studies show that internet traffic has surged by between 50 percent and 70 percent since COVID-19 began.

Trapped at home, people turned to the internet en masse to continue their daily routines including shopping, working and learning, communicating and socializing. This will likely have a lasting impact well after the pandemic ends.

The internet is widely available and provides a lifeline in wealthy countries during COVID-19, but this is not the case for almost half of the world’s population, which has no internet access. The majority of this population lives in poor, war-stricken countries where infrastructure is failing and yet, the need for information is most urgent.

In conflict-stricken countries, many citizens face this additional crisis without the internet. Meanwhile, in wealthy, peaceful countries, the internet has enabled citizens to mitigate the impact of lockdowns by allowing them to continue to work, study, communicate, socialize and access information.

In some countries in the Middle East and North Africa (MENA), COVID-19 struck at a time of economic crisis, and wide-scale conflict or uprisings. Years of conflict in Yemen, Syria, and Libya have brought immense suffering, displacement and destruction. Infrastructure has been targeted by warring parties with disregard for civilian life.

In Syria, for example, over 50 percent of the infrastructure is no longer operational.

In Libya, much of the telecom infrastructure has been destroyed or stolen, including about a quarter of the country’s mobile tower sites. As a result, basic services — electricity, sanitation, water and the internet —have been brought to a standstill.

In Yemen, labeled by Relief Web as the world's worst humanitarian crisis, internet access is a major obstacle. Only about 27 percent of Yemenis, mainly young men located in urban areas, have internet access.

The majority of youth are striving to find ways to connect to the external world.  “The internet is our oxygen and is as important as food. I moved from my town to the capital to be able to connect,” said Ghomdan, a Yemeni journalist who asked Global Voices only to use his first name.

Women in the region are disproportionally affected by this digital divide. Fewer women have access to the internet than men, which reflects a regional gender inequality gap with Yemen, Syria and Libya ranking near the bottom of all countries.

A combination of conservative social norms, less access to learning and financial resources and a hostile online environment impede women’s ability to connect and access information online and minimizes participation in online discussions.

Yemen has the slowest internet speed globally with an average speed of just 0.38 megabits per second in 2019: It would take over 30 hours to download a 5-gigabyte film. In January 2020, damage to a submarine cable plunged Yemen into an internet outage for over a month.

The COVID-19 pandemic has forced massive school closures, affecting 90 percent of the world's student population, which has led to a culture of virtual learning, online education, but learning proves nearly impossible without a reliable, high-speed internet connection.

This also prevents people from communicating and journalists from reporting and reaching a large audience. Low speeds make it difficult to browse, download or upload materials and communicate with sources. It also deprives access to valuable resources critical to writing reports, news stories and daily events.

Without reliable internet, online conversations, or phone calls via Whatsapp or Facebook often get disrupted or disconnected.

War often includes a war on information with various warring parties trying to maintain a tight grip over their populations. They censor the internet and keep citizens under tight surveillance.

For example, authorities in Sana’a, Yemen, and Damascus, Syria, block a large number of websites, including national, Arab and foreign news websites. These restrictions limit access to critical information on the pandemic.

To bypass censorship, tech-literate users turn to virtual private networks (VPNs) to access blocked content. Though many are reluctant to use a VPN, “as it adds an extra load on the already limited bandwidth, further slowing download speeds,’’ according to Coda Story.

Although native Arabic speakers represent about 4.5 percent of the world population, less than 1 percent of total global online content is in Arabic.

The rapid increase in the number of Arabic-speaking internet users has not yet translated into more Arabic content — Arabic remains one of the most under-represented languages online. Nearly 70 percent of websites are in the English language. Most online resources about the pandemic are not available in native or indigenous languages, which makes it harder for those with limited English language and literacy skills to access critical public health information online.

Internet access is considered a fundamental enabler of human rights and governments around the world have committed to providing universal and affordable internet access by 2020, but large swaths of the world's populations are left behind.

COVID-19 has exposed the gap between those with reliable internet access and those for whom internet access is a distant prospect. The ongoing conflict in the Middle East only exacerbates and widens these gaps.