COVID-19 regulations and the issue of overcrowding in Jamaica's markets 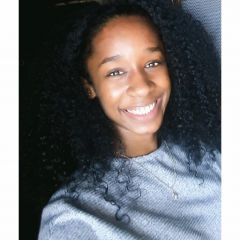 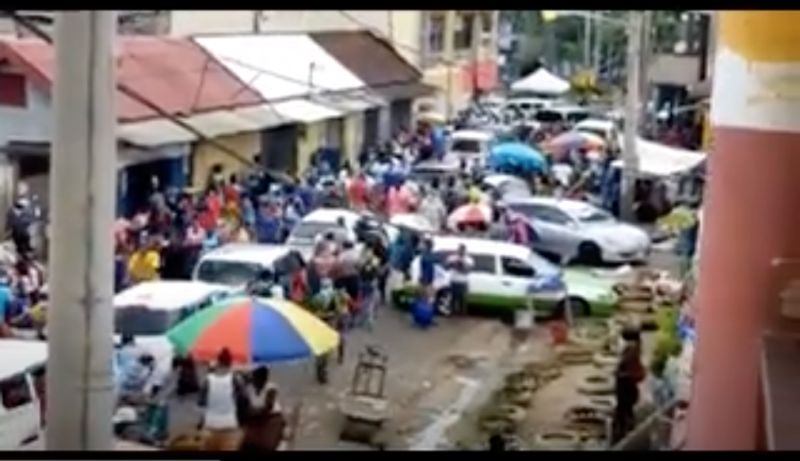 A screenshot of a YouTube video by Jamaica Beacon, showing overcrowding at a market in Linstead, a town in the parish of St. Catherine, despite social distancing regulations being in place.

Some Caribbean nations appear to be handling the COVID-19 pandemic relatively efficiently, but despite lockdowns, curfews, and the closure of nonessential businesses, Jamaica has not been faring as well.

The detection in mid-April of more than 100 positive cases at a call centre in Portmore, in the parish of St. Catherine, seriously spiked the country's numbers and precipitated the government's announcement of even stricter safety regulations, including the closure of call centres islandwide.

A key feature of the St. Catherine parish lockdown was that residents were allowed only two shopping days per week: Wednesdays and Saturdays. On both days, people would be given a set time schedule and allowed into the stores on a surname basis.

Though stringent, these most recent precautionary measures are an attempt to slow community spread of the virus, but what unfolded on the first two shopping days — April 15 and April 18 — was chaotic. Any attempt to implement social distancing guidelines was negated by major overcrowding of markets.

Various crucial structures were missing from these shopping areas including proper booth allotment that would have allowed for social distancing between vendors, and an absence of floor decals or barricades to encourage safe queueing.

This approach is in stark contrast to that of other countries, which are trying to shift from large, centralised markets by dispersing smaller shopping locations across towns to reduce overcrowding. It is also recommended that such shopping destinations open at least five days a week, to further reduce the concentration of people.

In acknowledgment of its shortcomings in this regard, the Jamaican government subsequently added two extra shopping days per week and did away with the shopping-by-surname system, which aided crowd reduction in some areas, but not others.

The reaction of social media users to the incidents of overcrowding was varied, with one Facebook user suggesting that the most reasonable way to ensure proper social distancing was through law enforcement presence.

Another commenter made various suggestions:

Create more community market spaces and limit and register the amount of people who sell there. More banks can set up transfer of remittances so people don't need to crowd. Reduce some of the redtape and unnecessary paperwork and show people how to. The problem is some things were designed for a certain socioeconomic group. Its time we do away with those things and level the playing field.

Several commenters noted the reckless disregard for social distancing measures because those who refused to comply were putting not only themselves at risk, but others as well.

In response to the extensive criticisms of the crowding, Facebook user Michelle Michelle recommended that empathy be exercised in one’s judgment of the situation:

What you guys fail to understand is that not everyone has enough money to stock up on food as they'd like. Also there are persons that rely on vending for a living. I know social distance is highly recommended, but how do you do that when you have a family to feed? Most people commenting are living overseas, so it may be a little easier for us to get groceries than the average Jamaican. Show some empathy.

With just over 2.9 million people, Jamaica is reportedly the fourth most populous Caribbean territory. Citizens are therefore used to being in fairly close proximity to others in social situations — including local markets.

Social distancing, a concept thrust upon the global population because of the pandemic, is a behaviour that Jamaicans will simply have to adjust to if they want to slow the spread of COVID-19.