It's unlikely they will murder you, but they pose a serious threat to honey bees 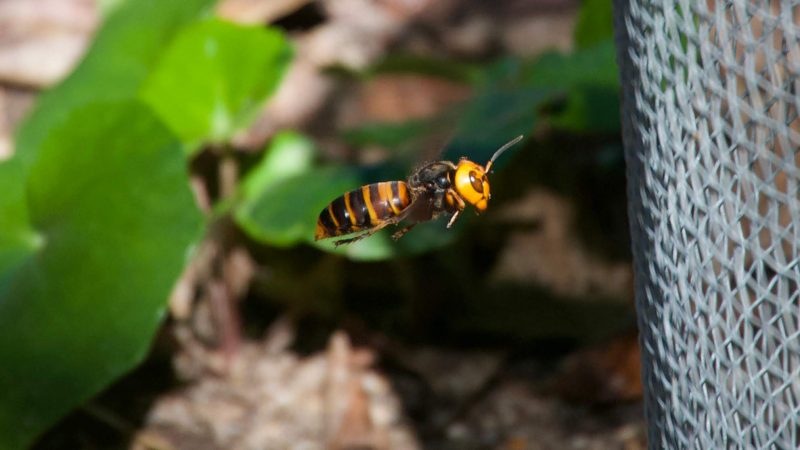 In early May, the New York Times reported that the United States faced yet another new threat besides the COVID-19 pandemic: “murder hornets” from Asia. The story quickly sparked an explosion of “murder wasp” stories and social media conversations around the world. As a viral idiotic stunt on YouTube from 2018 resurfaced and surged in popularity, some reporters reassured readers that “‘murder hornets’ are unlikely to murder you personally,” while others asked just what exactly is a “murder hornet”, anyway?

According to the Times report, the Asian giant hornet (Vespa mandarinia) is now present not only in the northwest corner of Washington State, but also just over the U.S.-Canada border to the north, in White Rock, a suburb of Vancouver. In September 2019, an Asian giant hornet nest was discovered and destroyed on nearby Vancouver Island as well. 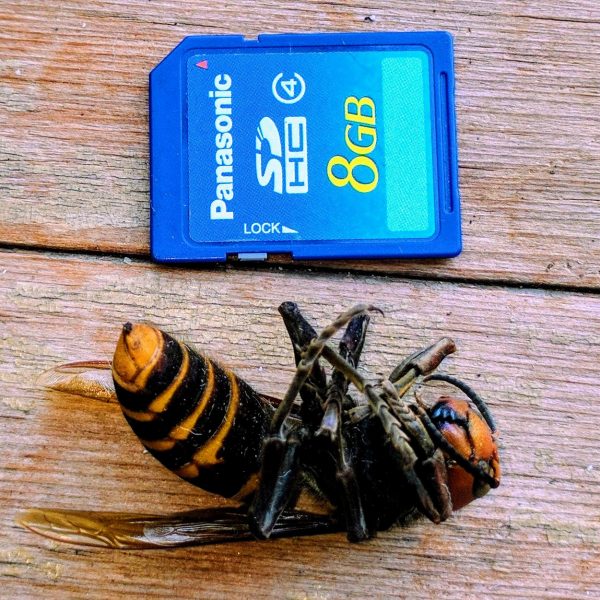 It's a mystery how the Asian giant hornet arrived in western North America. The hornets can be found in Taiwan, China, South Korea and in Japan, where the insect is known as o-suzumebachi (オオスズメバチ), which roughly translates as “great sparrow wasp”.

The hornets are about 5 cm in length, and defend themselves from predators such as bears by biting and spitting venom, and with a powerful sting.

In Japan, the giant hornets prey on honey bees, which means they pose a significant threat to apiaries in Washington State, British Columbia and other parts of North America.

Why are they called ‘murder hornets'?

The New York Times story almost immediately sparked confusion. Some took issue with the claim that the hornets “kill up to 50 people a year” in Japan (the figure is actually 12 deaths a year, according to Japan's Ministry of Health, pointed out by a commenter on Twitter).

Entomologists in Canada, who have been investigating the presence of the hornet for at least a year, also downplayed the potential threat to humans.

Did a murder hornet write this https://t.co/SP9zRSZoRG

However, for many Japan-watchers, the most confusing part of the Times story was just where the name “murder hornets” came from.

Martin Fackler, the former Tokyo bureau chief of the New York Times, noted that, in Japan, hornets are called suzumebachi — a “bee” (hachi) or hornet the size of sparrow (suzume).

Fackler and New Yorker contributor Matt Alt deduced the term “murder hornet” turned up in the New York Times as the result of a sort of “reverse telephone game”:

Yeah, I did a quick search in Japanese for variants of satsujinbachi (殺人蜂), which seems to be the origin of “murder hornet,” and the term was probably originally a direct translation of the English “killer bee,” though Japanese tabloids now use it for Asian giant hornets, too. https://t.co/mlE8KpKNmu

“The Japanese giant hornet warns you it will attack by grinding its jaws together,” says Stephen Wheeler, a beekeeper in Japan, in an interview with Global Voices. “Single Asian giant hornets aren’t a problem if you encounter them, though. Freeze, don’t try and swat at it, and back off.”

Wheeler fights a battle every year to keep his bees safe from giant hornets. Since 1993, Wheeler has lived on Awaji, a largely rural island to the west of Kobe and Osaka at the eastern end of the Inland Sea. Wheeler has been beekeeping on Awaji for about eight years, and currently rents farmland for growing bee-friendly trees for reforestation

“A neighbour gave me two old hives which I placed at a friends coffee shop, and I was lucky enough to catch my first two swarms of honey bees,” says Wheeler. “I keep the Japanese honey bee (Apis cerana japonica) and when swarms escape from strawberry farms, I keep the European honey bee (Apis mellifera) too.” 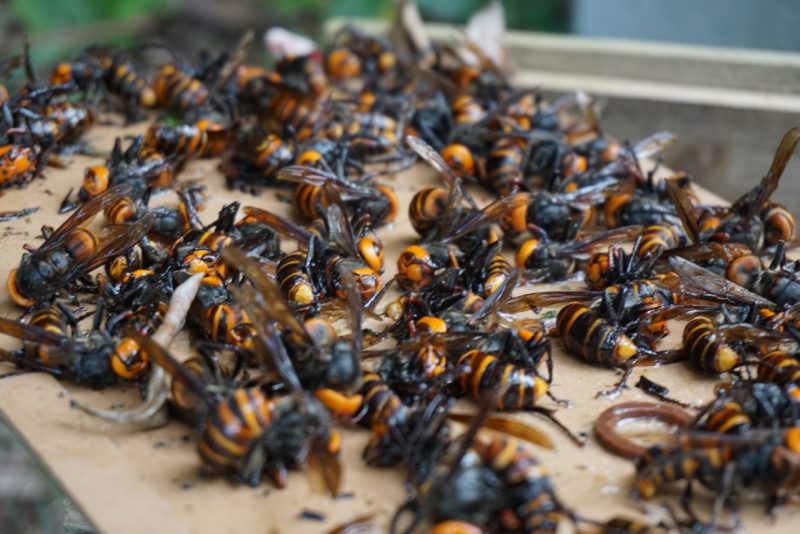 Unfortunately, over the past winter, Wheeler lost all of his bee colonies, as he explains in a video blog.

“It was a downward spiral,” says Wheeler. “Yellow hornets in the summer, giant hornets in the autumn which means the bees can’t leave the hive to forage. Honey and pollen reserves dwindle, the bees can’t keep the hive in tiptop shape, and stress settles in. The hive succumbs to wax moth or a mite problem, they all just evacuate, which in autumn is a death sentence in and of itself .”

There will be no bees left, Wheeler says, to survive the winter and continue on with the colony in spring.

Wheeler has documented a variety of tactics in his fight against the Asian giant hornet on his YouTube channel. Here, he explains how the hornets release pheromones to summon help, and how to use this behaviour against them: