Two-headed snakes are born due to many reasons 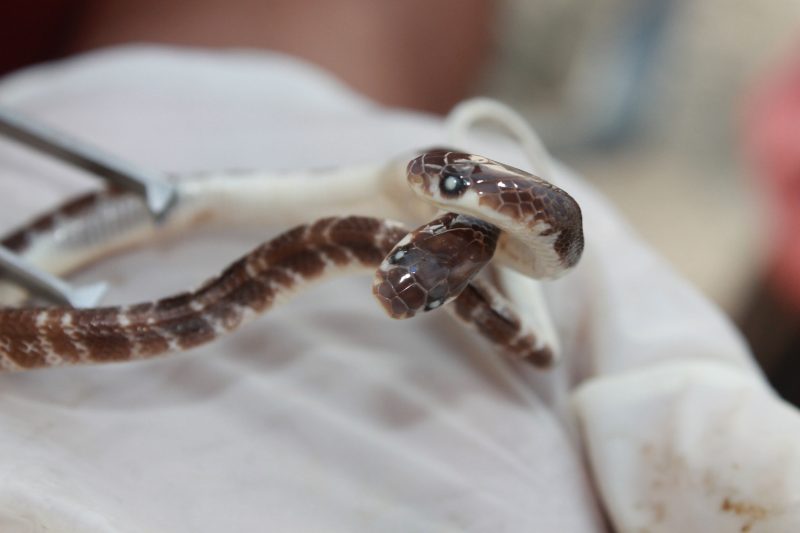 Dicephaly, the condition that causes a snake to be born with two heads, is already very rare. But when villagers from the Nawalpur District of central Nepal captured a two-headed banded kukri snake (Oligodon arnenis) in October 2018, they hadn't the faintest idea that it was the first of its species.  A recent report published in the April 2020 edition of IRCF Journal confirms the discovery. 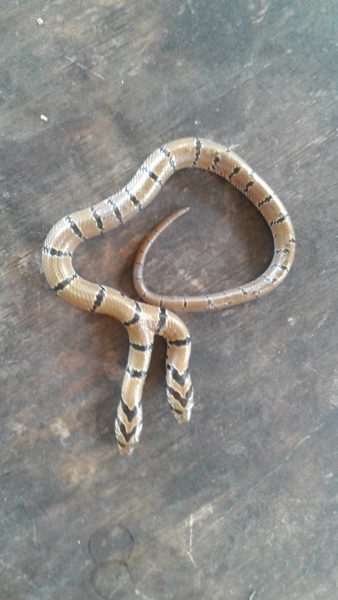 Police officers rescued the snake from the villagers while they were taking it to the capital city Kathmandu and transferred it to park rangers from the Chitwan National Park who released it into natural habitat.

The banded kukri snakes are named after their sharp, flattened, curved teeth which they use for slicing reptile eggs. They are found in Sri Lanka, India, Bangladesh, Pakistan, Bhutan and Nepal.

Two-headed snakes are born due to many reasons like incomplete division of embryo, a fusion of two embryos, temperature, environmental factors and many others. The disorder occurs in just one out of every 100,000 snakes in the wild, and in one out of 10,000 snakes born in captivity.

Because the snakes have two heads, they have two brains and two distinct personalities but in most cases, one head dominates the other. Dicephalic snakes have very little chance of surviving in the wild as the heads might fight with each other for food. Also, the two heads make them less agile when catching prey and more susceptible to predators.

Two Headed Snake
It's called dicephaly
it happens when an embryo in the early stages of development divides possibly induced by sudden temperature changes,
environmental pollution, or inbreeding.
Whatever the cause,
these unlucky creatures don't live long. pic.twitter.com/NDK5o8WMeM

While images and sculptures of snakes or serpents are often found adorning the temples and water spouts in the Kathmandu Valley, two-headed snakes are an incredibly rare occurrence. The two-headed banded kukri is only the third twin-headed snake documented in Nepal. The first dicephalic snake – a juvenile checkered keelback (Fowlea piscator) – was documented by Mishra and Shah in 1983, while the second case – a common krait (Bungarus caeruleus) – was found in May 2018 in the Kawasoti Municipality of Nawalpur District in central Nepal. It was the first record of dicephalism of a krait in Nepal, and it was studied by Board Member of Nepal Toxinology Association and Save the Snakes Project Manager Kamal Devkota and his team. 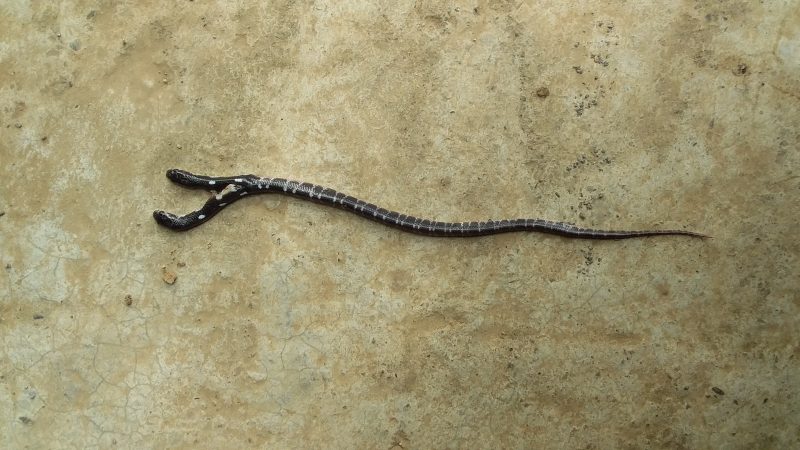 Devkota spoke with Global Voices about how rare it is to find a two-headed snake:

Herping [searching for snakes] is not an easy task. In my decade-long career, I have found other interesting cases of snakes but you always don't get what you want. Likewise, these dicephalic snakes are found opportunistically while surveying snakes rather than following any specific methods.

According to Devkota, up to 90 snake species have been recorded by various authors in Nepal, among which 18 are considered venomous. While many people, especially in the lowlands of Nepal, die of snakebites every year, a snake has its own role in the ecosystem added Devkota who has been working on human-snake conflict mitigation.

[A snake] plays a vital role to maintain the food web in nature. It also helps to increase the farmer's productivity in the field by eating mice, frogs and other harmful insects. From snake venom, we can produce many different types of medicine, including anti-venom.