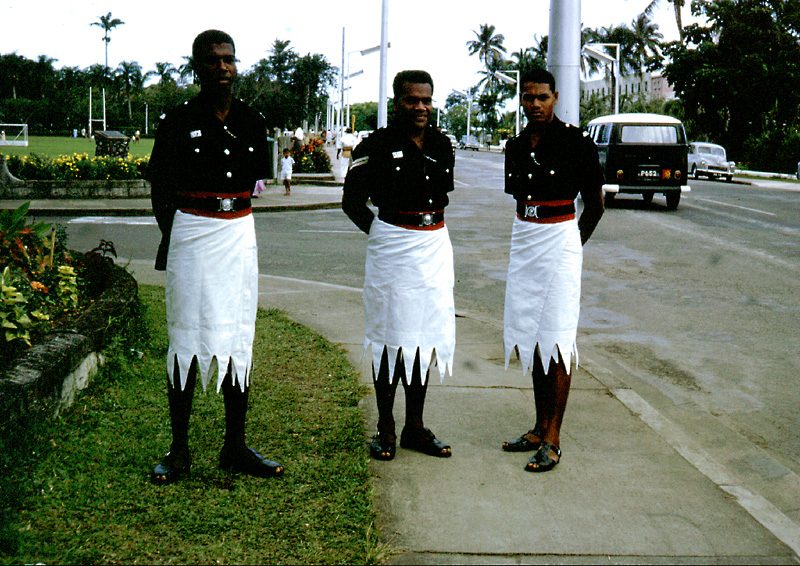 Brigadier-General Jone Kalouniwai, the chief of staff of Republic of Fiji Military Forces, wrote that authorities have ‘good reasons to stifle criticism’ as part of the government’s response to the COVID-19 pandemic. This opinion was strongly criticized by press freedom advocates. It also highlighted the appeal of civil society groups to uphold human rights in implementing health-related measures.

On April 22, 2020, Fiji Sun newspaper published an opinion piece by Kalouniwai who argued why it is justified to restrict free speech during a national emergency.

…in times of such national emergency such as this global pandemic or war against COVID-19, our leaders have good reasons to stifle criticism of their policies by curtailing freedom of speech and freedom of the press.

They are apt to have deep concerns about this enemy within, which have been fuelled by irresponsible citizens selfishly breaking mandatory curfews, social distancing requirements and questioning the rationale of our leader’s decision to impose such restrictions.

These reactions when maliciously aired on social media can become very contagious with fear and confusion becoming the order of the day.

Fiji Sun is perceived to be supportive of Prime Minister Frank Bainimarama. When the western city of Lautoka was placed under COVID-19 lockdown in late March, copies of Fiji Sun were allowed to be distributed in the area but not Fiji Times, the country’s independent daily.

A State of Natural Disaster was declared by the government on April 15 to contain the spread of the virus. It was a double disaster for Fiji which was recently heavily affected by Tropical Cyclone Harold, one of the most powerful storms to hit the South Pacific in years.

Reporters Without Borders (RSF) reminded Kalouniwai and the Fiji government about the importance of protecting press freedom. Daniel Bastard, the head of RSF’s Asia-Pacific desk, wrote:

No authority, and certainly not a military officer, should be arguing in favour of placing any kind of curb on press freedom

We urge the Fijian government to do what is necessary to guarantee the right of its citizens to inform and be informed, which is an essential ally in combatting the spread of the virus.

Military general says COVID-19 is a good reason for political leaders to stifle citizens’ criticism of government policies by curtailing freedom of expression and freedom of the press. In the Fiji Sun today. pic.twitter.com/GdTD8XUaPK

Kalouniwai’s controversial op-ed also drew attention to the concerns raised by human rights groups about the excesses of the government in dealing with the crisis.

The NGO Coalition for Human Rights appealed for humane treatment of prisoners in light of the numerous arrests made by the police against so-called quarantine violators:

The COVID-19 pandemic is not an excuse for human rights violations. Excessive force and brutality are unacceptable from any of our enforcement or security forces.

This situation is extremely worrying, especially at a time when hundreds of people are arrested daily over COVID-19 precaution breaches. Their rights and dignity should be protected at all times, even if they are detained.

It also criticised the excessive deployment of military personnel to enforce COVID-19 measures:

The deliberate display of armed military personnel to maintain social distancing is heavy handed and unnecessary, as it only fuels public fear and intimidation.

We understand that law enforcement personnel may struggle to get citizens to observe restrictions and social distancing, however, it should not be used as an excuse to increase armed military presence on our streets, which is unacceptable as we are still a democracy.

There are laws in place that address any breaches of restrictions but also guarantee that citizens’ rights are protected whilst ensuring that public order is maintained.

Opposition parties urged the government to listen and accept criticism:

If the government is sincere about the “veilomani” tag-line, or to care for each other in order to beat covid-19, central to that traditional philosophy is also the spirit of “veirogorogoci”, or the ability to be able to listen to each other and accept criticism.