Trinidadian Tony Hall, visionary of ‘play and performance’, leaves behind a precious legacy

"Tony always emphasized play and performance as tools for self-emancipation" 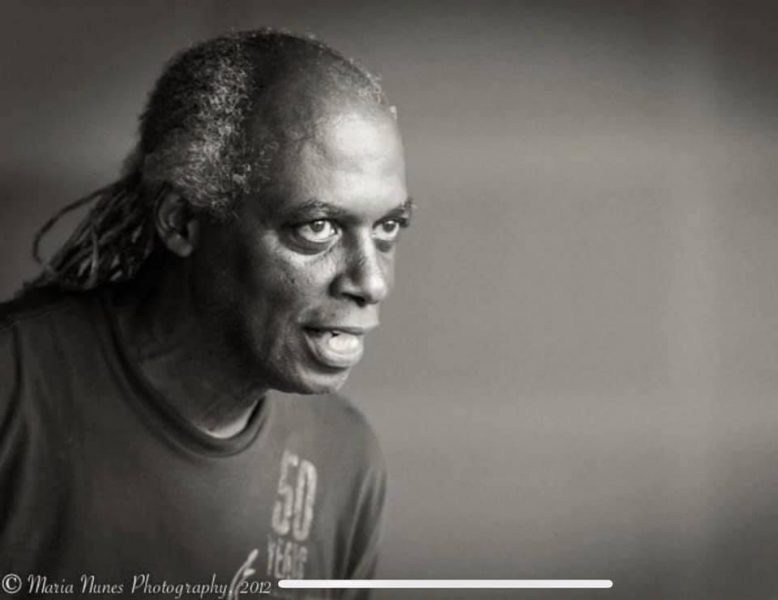 A portrait of Trinbagonian playwright, actor and director Tony Hall, by Maria Nunes. Used with permission.

On April 27, 2020, one of the pillars of Trinidad and Tobago's film and theatre community — actor, playwright and director Tony Hall — died suddenly of a heart attack, leaving the heart of a nation in pieces. He was 71 years old.

Hall dedicated his life to the performing arts, writing both stage and screenplays, directing theatrical and film works and often appearing on stage and screen as an actor or interviewer.

After getting his bachelor's degree in drama and education from the University of Alberta in 1973, Hall cut his teeth in community theatre in Canada; he also did work in prisons, where he created workshops for the inmates using role-play as a technique. A lifelong learner who enjoyed the questions just as much as the answers, Hall earned a diploma in film and advanced television production from the Northern Alberta Institute of Technology in 1980.

Both qualifications served him well when he returned home and became an integral part of the pioneering group of television producers that created “Gayelle” [this clip features his brother, Dennis “Sprangalang” Hall], a cultural magazine-type series that began to transform the landscape of regional television in the mid-1980s.

For many years, Hall apprenticed as an actor and director with Nobel laureate Sir Derek Walcott in the seminal Trinidad Theatre Workshop (TTW), where he performed in the world premiere of Walcott's “The Joker of Seville” and “O’ Babylon” (1975-81).

Speaking with me by telephone, Bruce Paddington, one of the founders of Banyan Limited, the video production company through which Hall put his unique artistic stamp on various indigenous soap operas, drama series, and current affairs programmes, recalled that Hall was so deeply involved in the TTW that he was “widely viewed as Walcott's heir apparent”. He described Hall as “an ultimate artist and renaissance man” who would often develop scripts from improvised sessions with other theatre giants like Errol Jones and Eunice Alleyne.

“He loved satire skits and social commentary,” Paddington said. “He was always off the wall, but very authentic — and very socially committed.” He remembers the pairing of Hall and fellow actor Errol Sitahal in the “Gayelle” series as “wonderful”, noting that Hall would usually insist they approach topics from an unexpected angle. “Tony would, therefore, do interviews for events like the Hindu festival of Phagwa,” Paddington explained, while Sitahal, of Indian descent, would host segments on things like the Orisha religion. In Trinidad and Tobago, where the population is almost evenly split between people of African and Indian descent, Hall helped make the country's rich cultural diversity more inclusive, and accessible to everyone.

Niala Maharaj, who co-hosted “Gayelle” with Hall, said on Facebook:

Tony’s pursuit of truth had no room for pettiness, for jostling for stardom, for ethnic competition, pretense and pappyshow. […] Making Gayelle was always a hunt for the unexpected twist that would flip a situation out of the mundane. 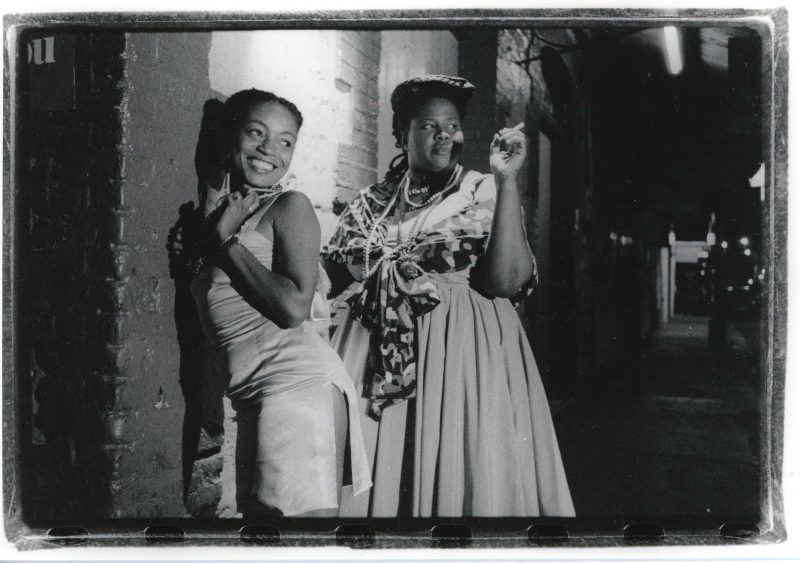 In a career that spanned five decades in various media — in his words, “play and performance in space, street, stage and screen” — nothing Hall ever worked on was short of original ideas. Some of his most recognised pieces of work, staged through his Lordstreet Theatre Company, include the critically acclaimed play “Jean and Dinah” (based on The Mighty Sparrow's famous 1956 calypso of the same name), “The Brand New Lucky Diamond Horseshoe Club” (a musical collaboration with calypsonian David Rudder), and “Miss Miles, Woman of the World”, a play based on the life of Trinidadian political whistleblower Gene Miles. He also co-directed the award-winning BBC/Banyan documentary, “And The Dish Ran Away With The Spoon”.

Film producer Danielle Dieffenthaler, who worked with Hall at Banyan from 1990, remembers him as “the ideas man”. “Tony's brain always worked so much faster than everyone else's,” she told me over the phone. “He was always mulling over some concept or the other.” 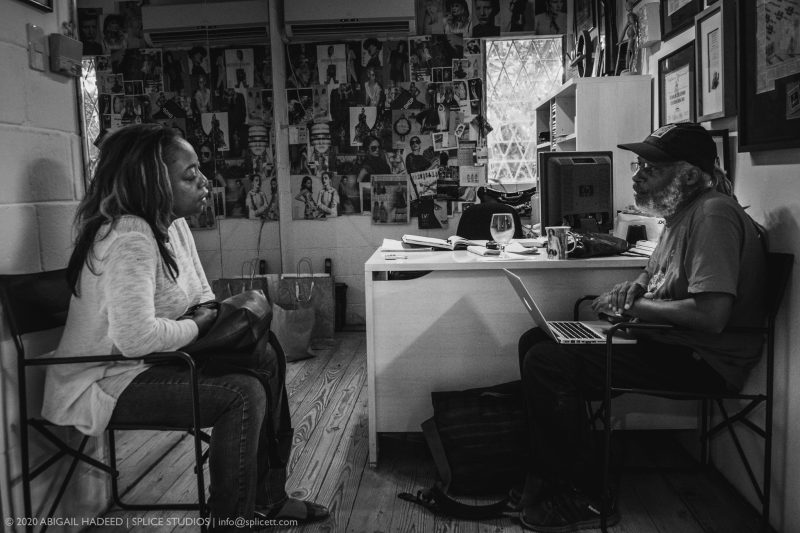 Hall was passionate about the culture of Trinidad and Tobago and in the 1990s, according to Dieffenthaler, was instrumental in reviving the commemoration of the Canboulay Riots, an event that birthed j'ouvert, the ritual loosely translated as “the opening of the day,” which heralds the official start of Trinidad and Tobago's annual Carnival celebrations. A lecturer at Connecticut's Trinity College at the time, Hall would bring his American students to Trinidad to experience the event first-hand, as he always believed that education and Carnival — the ultimate performance art — were closely interwoven.

Dieffenthaler also remembers, however, the frustration Hall sometimes felt as a member of Trinidad and Tobago's creative industries. Though he had many successes, some of his projects remained in flux waiting for adequate funding. 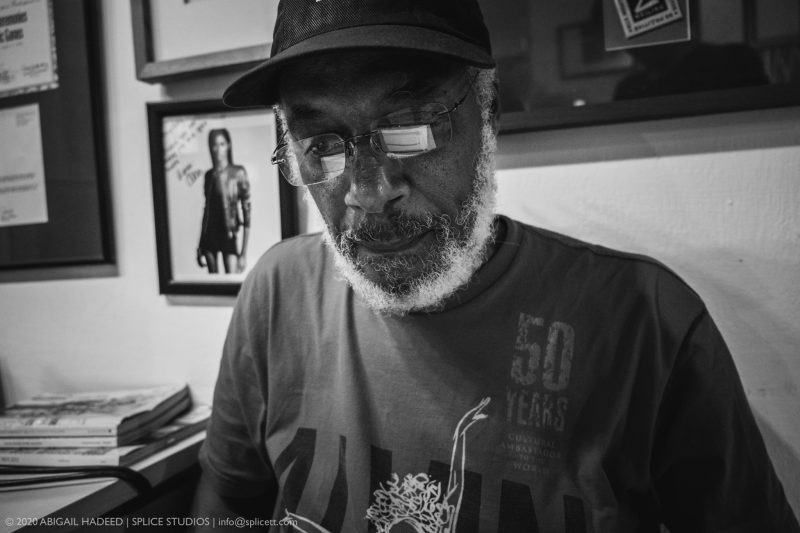 In a tribute posted on the Trinidad and Tobago Film Festival website, Paddington noted:

Tony played the leading role in the local film, ‘Obeah’ (1987) – initially known as ‘The Haunting of Avril’ – which was directed by Hugh Robertson [the director of the classic Trinidadian feature film, “Bim”]. Unfortunately, the film is still awaiting post-production funds, and it would be a great tribute to Tony if the government or private sector would pay for the completion of this film. […]

Tony always had great plans to complete major film projects such as a film version of his play, ‘Jean and Dinah’, and a major documentary on the life of [Trinidad-born civil rights advocate and Pan-Africanist] Kwame Ture. Unfortunately, he did not receive the support for these and many other worthy cultural projects which he developed.

“Yankees Gone”, the film version of “Jean and Dinah” to which Paddington refers, was particularly close to his heart; he had been working on it with Canadian filmmaker Mary Jane Gomes for more than a decade.

Via WhatsApp, Gomes called the collaboration “the most gratifying working relationship of [her] whole career”. “I learned so much,” she told me. “Tony was a friend and a teacher, a colleague and a comrade, a brother — everything, all rolled into one — and he will always, always be an inspiration”:

He was one of the most creative forces, and so insightful. He'd never compromise for anything he didn't believe in, but he would always embrace the journey to learn. He lived to provoke thought. Tony represented the best of that kind of extempo wordsmithing that Trinidad is famous for; he was a master of it.

Tony always emphasized play and performance as tools for self-emancipation and as a life-organizing principle. […] He was inspired by Garveyism in the Grand Caribbean and opening up spaces of self- discovery and introspection. 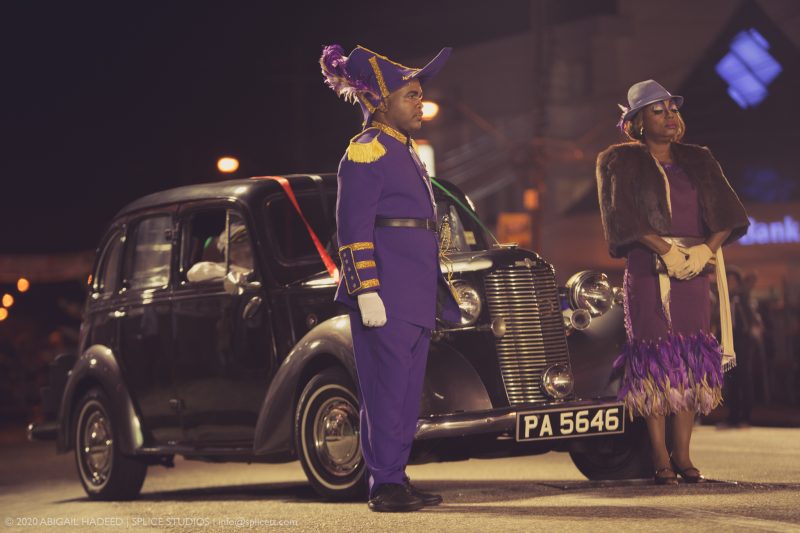 Hall's inimitable style left its mark on members of the regional and international arts community, many of whom posted their tributes on social media, especially given the fact that current COVID-19 stay-at-home measures will prevent them from gathering to celebrate his life.

Apart from watch-party tributes, there is a plan to have a memorial for Hall via Zoom, where his friends and colleagues can honour his memory through stories and songs.

Our resilience, he once said to me, ‘is not in spite of being from the Caribbean but BECAUSE WE ARE from the Caribbean’. I honor his rebellious spirit and mind. ‘Most of us’ he once wrote, ‘have allowed all sorts of schemes to disconnect us, sometimes through no direct fault of our own. We are all born connected. There are many ways and means through play and performance in which we can allow ourselves to realise our connection to the energy of the universe.’ I am grateful to have met someone with such an elevated sense of courage, clarity and artistry. May you Rest In Peace and Power.