Coronavirus and surveillance technology in India: Public health vs. privacy

"There should be use and access restrictions of data." 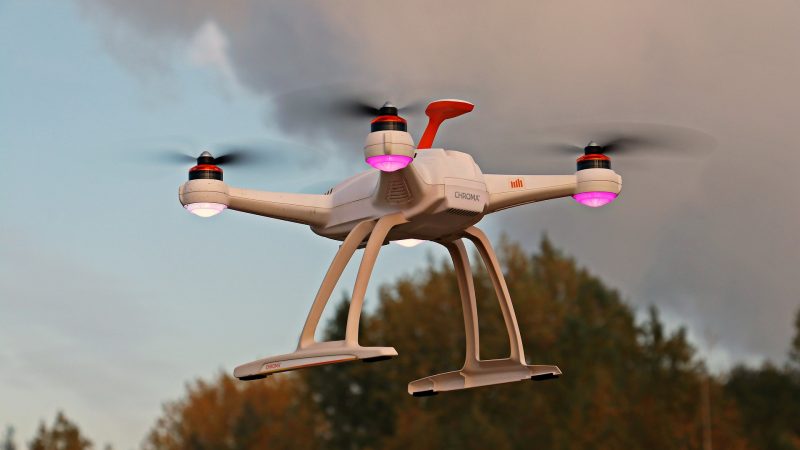 Image by S. Hermann & F. Richter from Pixabay. Used under a Pixabay License.

Surveillance in India has in recent weeks increased because of new and untested technology in play — all for fighting COVID-19.

The government is currently considering the use of”Aadhaar-integrated cameras”. If implemented, these cameras can capture body temperatures and facial images, and pair those images with the same in the Aadhaar database to help authorities identify potential COVID-19 positive cases, according to a report by Indian news outlet the Outlook.

Use #Aadhaar data for #FacialRecognition with drones. Somebody send this to the supreme court and all the @Product_Nation apologists who said no surveillance can happen with Aadhaar. https://t.co/7xIz0JVG8R

A former official at the Unique Identification Authority of India (UIDAI) was quoted in the report as saying that the use of personal data stored in the Aadhaar database can be used to quickly identify COVID-19 positive cases. This will help the authorities conduct immediate physical checks. UIDAI is a government entity that manages the Aadhaar program. The Aadhaar database, among many sets of personal data, includes home addresses, phone numbers and details of family members which can be key to identification in this case.

Read More: Is India's Aadhaar System an Instrument For Surveillance?

Subhashish Panigrahi of Global Voices reached out to Mishi Choudhary, a rights lawyer and legal director at the Software Freedom Law Center, and Srinivas Kodali, a noted tech and policy researcher, to discuss the use of surveillance technologies in the fight against COVID-19 in India.

Subhashish Panigrahi (SP): How is India doing at the moment when it comes to individual rights, all things considered at the time of the pandemic?

Mishi Choudhary (MC): While we cannot expect the same levels of privacy as in times of peace, we can expect that rules caution is not thrown to the wind and time-limited measures are put in place. Any data collected should be destroyed completely once the pandemic is over and should not be used for any commercial or another purpose unrelated to public health.

SP: What's your take on both the Aarogya Setu app and this emerging update about the Aadhaar-integrated cameras from a legal standpoint?

MC: The liability limitation clause of the Terms of Service limits the government's liability even if inaccurate information is given by the [Aarogya Setu] app or in case of failure to generate true positives. It is pertinent to note that this acquits the government’s liability in case of any harm caused due to incorrect information. Therefore the app’s policies render the app as nothing but another data grabbing exercise.

Aarogya Setu is a mobile app launched by the Indian government to track COVID-19 cases. It alerts its users when they are within six feet of a person infected with the coronavirus, provided the latter's infection status is updated on the app.

SP: What are the precautions that authorities can still take to make sure the country fights COVID-19 while still protecting the basic human rights of each citizen?

MC: Data Security can never be compromised. Just because we are all in a hurry does not grant anyone the right to exploit sensitive personal information of citizens for commercial or other benefits. All measures related to the public emergency response to COVID-19 should be temporary in nature and limited in scope and should not become permanent features of governance. There should be use and access restrictions of data. Large swaths of data in untrained hands including the Police is a recipe for disastrous situations.

SP: Will it be feasible to even use the Aadhaar-integrated camera technology in rural India and in small cities while ensuring privacy and security?

Srinivas Kodali (SK): I think there is a lack of infrastructure to monitor people at this scale with cameras, drones or any other means. So this can never be implemented in due time. Even if such a thing was being worked on, it will be against the supreme court's judgement on Aadhaar. It can lead to further litigation and problems that the government or UIDAI will not choose to have.

SP: How much such initiatives or apps like Aarogya Setu comply with the WHO advice? What are the chances of possible data leaks as almost all apps seem to be built in collaboration with “industry volunteers”?

SK: I haven't looked into the WHO advisory, but the other interesting question to ask is whether these apps comply to any standards at all. There is no framework to evaluate these systems. Any frameworks proposed by citizens will be rejected by the associated industry volunteers and the government. The possibility of lack of control over data for an individual exists because there are no rules to protect the individuals. Vague terms and conditions say that the government can share the data with anyone it deems fit.

As facial recognition gains immense popularity across the world as a technology for swift recognition of potential coronavirus positives, India is ready to bet on using its existing infrastructure like Aadhaar. However, there are many obstacles including legal ones. Opinions are divided on the use of Aadhaar data for COVID-19 surveillance purposes and if the Aadhaar Act, 2016 that provides guidance on the use of personal data collected, allows the government to use the data for such purposes or not. Indian supreme court lawyer Sanjay Hegde suggests that such cameras can be used even though there is a breach of privacy while cautioning that “it should not result in warrantless surveillance“. There are also technical challenges. A 2018 article by Indian newspaper the Hindu explained how facial recognition can be a “bad factor” for authentication while frowning on the security issues.

The government authorities are quick to adopt surveillance technologies like Aadhaar-integrated camera or apps like Aarogya Setu or even use of drones for surveillance, and there are private initiatives like tracking app and thermal app, telemedicine, and frugal and swift manufacturing of personal protective equipment (PPE). Only careful testing of prototype cameras will tell about the efficacy and potential privacy risks of combining the use of Aadhaar and temperature-tracking and facial recognition cameras to track potential COVID-19 patients.