Despite COVID-19, no respite for human rights crackdowns in Egypt

Calls to release thousands of political prisoners have gone unheeded 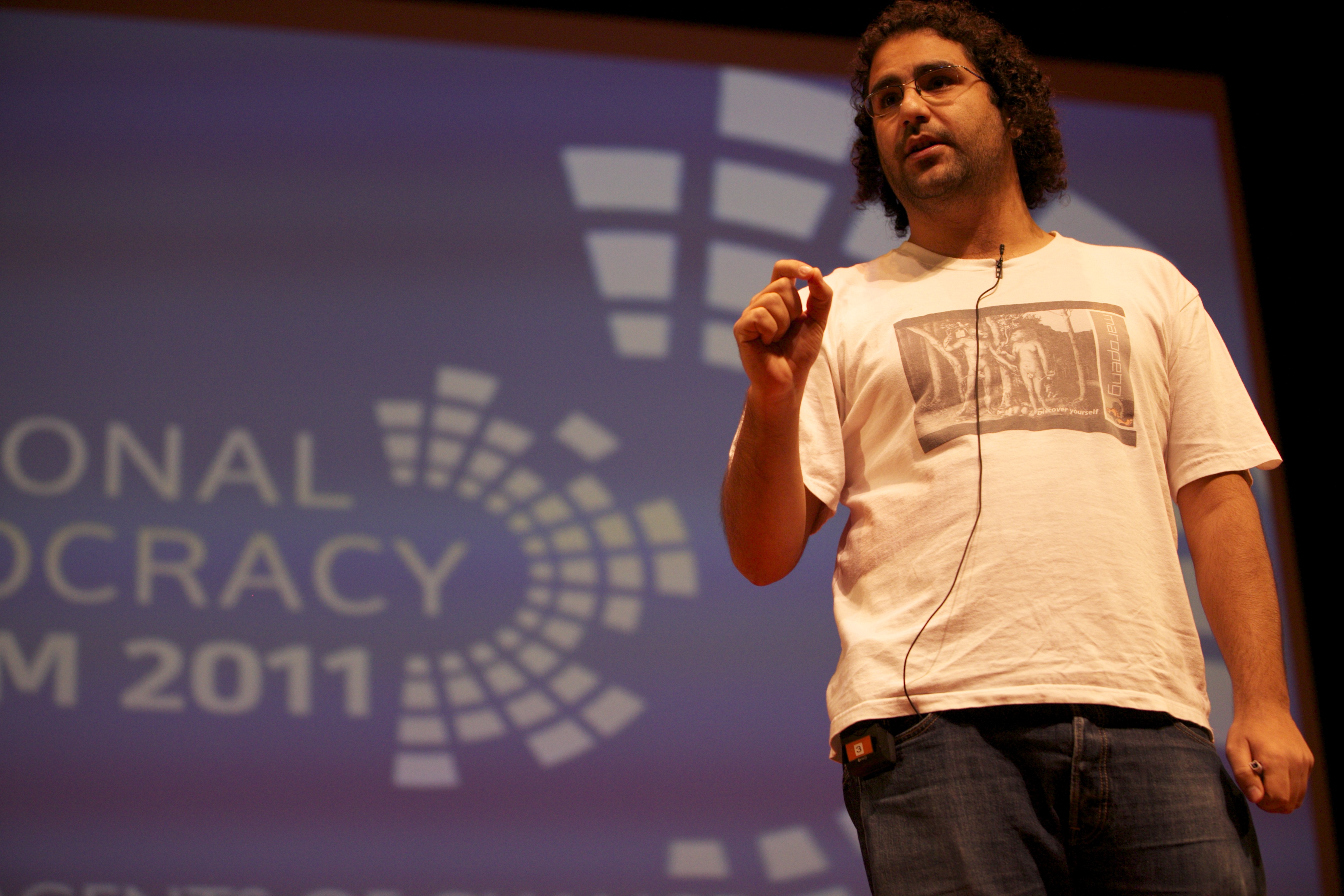 Amid the COVID-19 pandemic, jailed Egyptian activists, human rights defenders and politicians are at risk in the country’s overcrowded prisons.

Multiple calls to release detained human rights defenders have gone unheeded. In the meantime, prominent blogger and human rights activist Alaa Abd El Fattah, who goes by just “Alaa” in his community, went on a hunger strike, while arrests and detentions continue.

Alaa is currently on a hunger strike to protest his continued detention, his family said in a statement published on April 22.

According to the statement, on April 13, a prosecutor's office received a report from the Tora Maximum Security Prison, where Alaa is being held, that he started his hunger strike.

On April 22, the family was able to access another report concerning Alaa’s health and hunger strike:

Today we were able to see the medical report dated April 18, 2020, which stated that Alaa’s blood sugar level was at 54 mg/dL [milligrams per deciliter], heart rate at 76, blood pressure at 100/70, and that he refused to suspend a glucose drip.

This report confirms that Alaa is on a full hunger strike as opposed to the previous report that mentioned that he was only taking liquids, his sister Mona Seif wrote.

The prominent  blogger and activist has been in and out of prison since 2011. In 2011, he spent two months in prison, missing the birth of his first child, Khaled. In 2013, he was arrested and detained for 115 days without trial.

Alaa was arrested and taken from his family’s home in November 2013. More than one year later, in February 2015, he was finally tried and sentenced to five years in prison under a 2013 protest law that prohibits unauthorised demonstrations, for “organising” a protest against military trials. While he did take part in the protest held on November 26, 2013, Alaa had no role in organising it.

He was freed from prison on March 28, 2019. However, his freedom was conditional as he was required to be locked up at his local police station from 6 p.m. to 6 a.m. under a probation period of five years. Alaa repeatedly spoke out against his conditional release — describing it as a “humiliation.”

However, even his “half freedom” did not last.

Authorities arrested him again on September 29, 2019, in the midst of a crackdown on rare anti-government protests since the 2013 military coup that toppled the democratically-elected president Mohamed Morsi, who died while in prison on June 17, 2019. Alaa did not take part in those protests, yet he was still arrested.  On the night of his arrest, “prison officers blindfolded him, stripped him of his clothing, beat and kicked him repeatedly, and subjected him to threats and verbal abuse,” Amnesty International said.

His lawyer, human rights defender Mohammed el-Baqer, was arrested later that same day when he appeared at Supreme State Security Prosecution (SSSP) to represent him. He was also subjected to ill-treatment.

They are both being held in the same case on bogus charges of ‘’spreading false news,” “joining an illegal organization,” “receiving foreign funding,” and “misusing social media.”

Their detention was last renewed for 45 days on February 20, 2020, at the demand of prosecution. Since then, they have both remained in illegal detention after the 45-day period expired without the renewal of their detention.

‘’Since the prosecution’s appeal to renew his detention was accepted on February 20, 2020, Alaa has not attended any further hearings, which makes his continued detention, and that of others with him, unlawful,’’ his family said, adding:

Exceptional circumstances do not cancel the rights of those held in temporary custody, nor should they be an excuse to strip them of their rights to counsel and defense.

No respite from the crackdown

Despite the COVID-19 pandemic, the crackdown on political prisoners in Egypt has shown no signs of respite. While the authorities released some prisoners —including 15 politicians and activists— as part of measures to contain the spread of the virus, tens of thousands remain in prison for peacefully exercising their rights to freedom of expression, protest and assembly.

As of April 26, the country recorded 4,534 COVID-19 cases and 317 deaths, according to official figures. The country’s prisons are crowded and lack hygiene, raising serious concerns over any potential spread of the disease in such conditions.

As part of a campaign to release thousands of prisoners, the Cairo Institute for Human Rights Studies tweeted on April 14:

#Egypt: As the #Egyptian government imposes a #curfew, it continues to turn a blind eye to the country’s dozens of densely-populated prisons, which are reported to exceed their capacity by over 300%!! #COVID19
Sign the petition here:https://t.co/xvIpm54vYJ

Yet, despite multiple calls to release political prisoners, the detentions and the arrests continue. On April 20, blogger Wael Abbas was arrested while taking photos at Wadi Degla, a nature reserve located 35 kilometers south of the capital, Cairo. Abbas was taking photos for his Facebook page, Planet Egypt 360, where he offers virtual tours of Egypt’s tourist attractions. He was released hours later.

In 2018, Abbas spent seven months in prison over fabricated accusations that included “spreading false news,” “involvement with a terrorist group,” and “misuse of social media.”

“I have been mistreated and discriminated against because I am a former political activist, although I have stopped my activism,” he said in a Facebook post about his most recent arrest.

Under the reign of authoritarian president Abdelfattah Sisi, who led the 2013 coup when he was army chief and defense minister, before claiming the presidency in an election that failed to meet international standards, thousands of people have been imprisoned for peacefully exercising their civil and political rights.

Those arrested on politically motivated charges are often subjected to enforced disappearances, torture, prolonged pre-trial detention and solitary confinement. Even under a health crisis like the COVID-19, the ordeal of these prisoners, who should not have been jailed in the first place, continues.

Learn about the physiological effects of a hunger strike with the infographic below, created by Global Voices’ partner, Visualizing Impact: