In Colombia, solidarity movements multiply during the COVID-19 pandemic

Colombia is one of the world's most unequal countries. 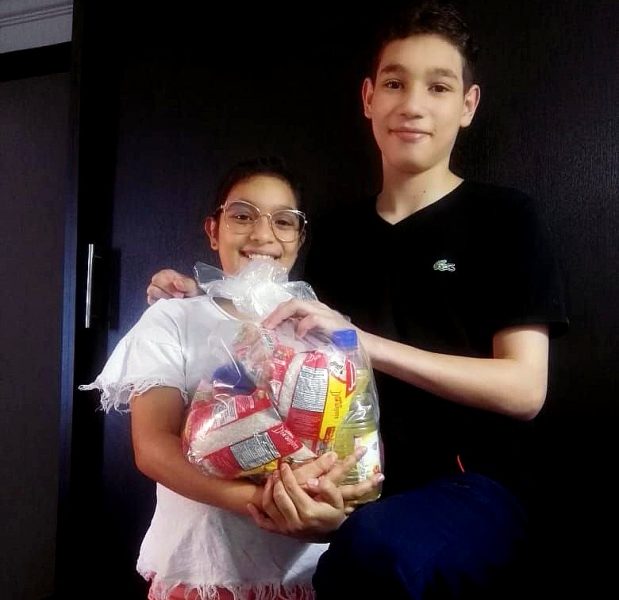 Children who received supplies from a volunteer group at the Diego Echavarria Misas School in Florencia neighbourhood. Photo taken by the author, Lully Posada

Following the arrival of the COVID-19 pandemic in Colombia and the national lockdown, planned to last until May 11, Colombians are joining solidarity movements to help protect the vulnerable. At the time of writing, Colombia had 4,149 confirmed cases of the virus, 804 recovered and 196 dead.

According to some estimates, Colombia is one of the world’s 10 most unequal countries, with almost half of the population depending on informal work. Many are homeless or unemployed. There are also 1.4 million immigrants from Venezuela affected by the measures taken to stop the spread of the virus. To support these groups, citizens, private entities, and government leaders in several municipalities have organized solidarity initiatives.

Citizens who have financial capabilities are making campaigns and collections to provide supplies to those in need. In the following video taken by the author, you can see the solidarity group of the Diego Echavarria Misas school, made up of teachers, current and former students, and parents, who together make donations and manage the deliveries to members of poor communities in Medellín.

There are also initiatives coming from the private sector. #TodosParaTodos is a campaign made by the National Traders’ Federation, which includes a hotline for volunteer doctors or psychologists to provide support and share their knowledge with people who need it during the quarantine period.

#TodosParaTodos seeks to bring together professionals from different fields, who wish to voluntarily share their time from home to assist those who have doubts about different issues. The idea is to create a support network during the quarantine in Colombia.#Covid_19

The city of Medellín, the capital of Antioquia, created temporary shelters with integrated logistics and coordination. There, entire families who have been affected by the measures taken due to the virus can come to rest. 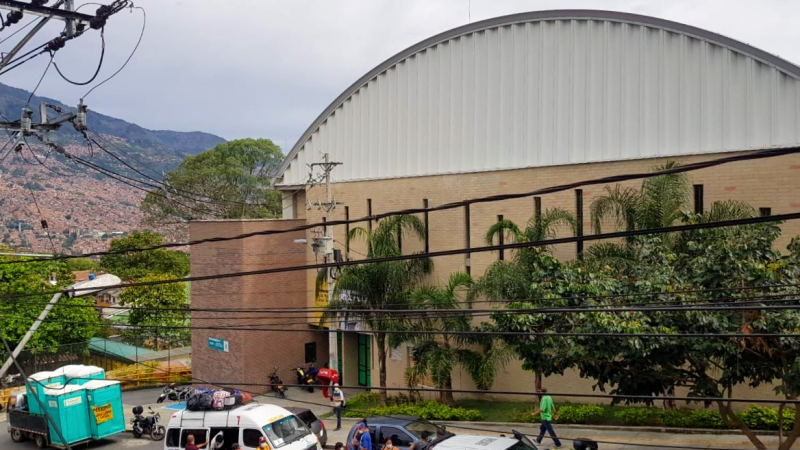 These shelters were established on the premises of Medellín’s Institute of Sports and Recreation. One is in the Belén neighborhood, for people over 18 years of age, and the other is in the Florencia neighborhood, intended for 30 families, with at least one child per family. In other Colombian cities, similar isolation measures were organized in various stadiums and sports centers.

A successful “donatón”, a donation marathon, was also convened by the mayor of Medellín, called #DonatónPorMedellín, to raise funds for other vulnerable people, as well as for the supply of ventilators and equipment for medical personnel who attend to COVID-19 patients.

The #TeletonPorMedellin organized by @QuinteroCalle will be a very important indicator to see how much solidarity we still show, with many knowing about the serious economic situation that is coming according to the experts

While these government initiatives are happening, there have also been complaints and suspicions of corruption at the state level. For example, institutions such as the Comptroller General's Office and the Public Prosecutor’s Office have found exaggerated spending, which could imply a misuse of public resources by some government leaders for projects related to supplies for hospitals or aid linked to COVID-19. Investigations have been opened.