A social media challenge brings beauty in times of isolation 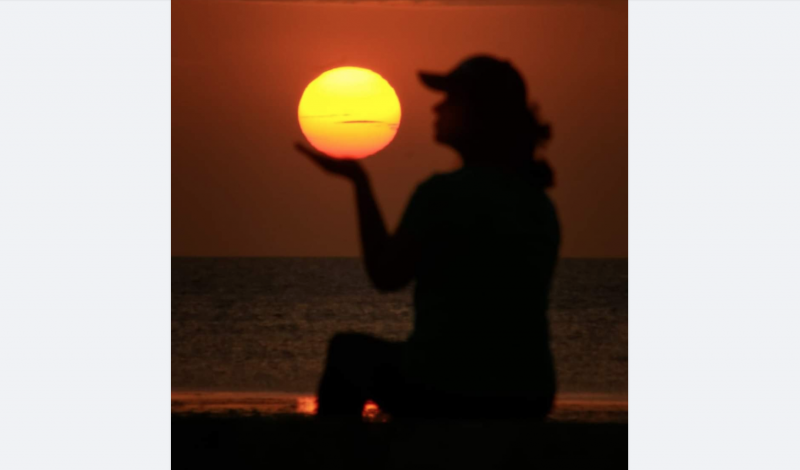 Screenshot of an image by Devon Concepts, submitted to the Photographers Guild of Trinidad & Tobago's Facebook page as part of its Earth Day challenge. All photos have been republished in this post with the permission of the Guild.

Earth Day, celebrated every April 22, looks very different this year from its previous incarnations. With the COVID-19 pandemic restricting movement and gatherings worldwide, this year's celebration has moved entirely online. The event's website describes it as “far more than a day”:

It must be a historic moment when citizens of the world rise up in a united call for the creativity, innovation, ambition, and bravery that we need to meet our climate crisis and seize the enormous opportunities of a zero-carbon future.

Under the theme “(Stay) Focused”, the social media-based challenge invites photographers to share their work on the Guild's Facebook page. Thus far, topics have covered everything from fireworks to “macro” challenges to, well…Earth Day!

Guild President Antony Scully spoke with Global Voices by telephone and said that given the country's stay-at-home instructions, photographers are encouraged to take photos in their homes and gardens or dig into their archives for uplifting images:

We're trying to keep the topics upbeat in order to keep people focused, and steer everyone's mental state in a positive direction while practising social distancing. … This can be a depressing time for creatives. There is very little work and it's very restrictive.”

The response from photographers has been fantastic, and Scully notices a lot of interaction, encouragement and growth among community members — not to mention the joy they are bringing to the wider public by sharing their amazing shots.

On this very special Earth Day, when our natural world is beginning to heal itself thanks to the massive drop in human activity, these photographs are a blissful reminder of our precious environment and the responsibility that rests on our collective shoulders, post-pandemic, to be good stewards.

Photographer David Singh posted a beautiful shot of mangroves, with the hashtag “#protection for our coastlines”:

Mangroves are critical in shielding against coastal erosion and helping to protect small island developing states (SIDS) against the ill effects of climate change through its effective absorption of carbon dioxide.

There were several pics of birds, symbolic of new life and regeneration — including baby birds in a nest and one hummingbird feeding another, both by Razia Hasin-Racha:

There were a lot of pristine beach — and beach clean-up — scenes, which really spoke to the Caribbean spirit.

A Man-o-War adding a stinging beauty to the landscape of Manzanilla .#earthday #photoguildtt

Perhaps because of their tranquility, waterfalls were also a popular subject — and Trinidad and Tobago has some beautiful locations that really shone on camera, like this one by You Ng:

One unique photo captured a mud volcano, which is something of a tourist attraction in south Trinidad:

No matter the subject, however, the photographers’ messages surrounding Earth Day 2020 had a similar thread: even in the midst of utter desolation, there can be renewal, growth and hope: