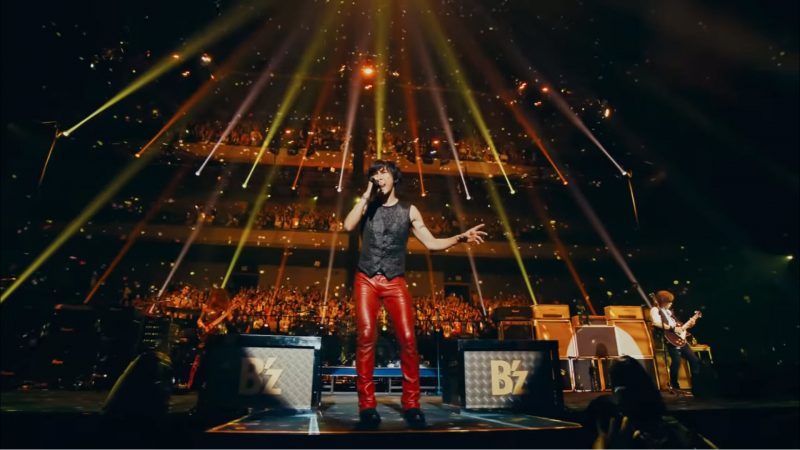 After spending several weeks of appearing to downplay the seriousness of the COVID-19 crisis, on April 16 the Japanese government enacted a country-wide state of emergency which included a voluntary stay at home order for citizens. Employees who could do so were encouraged to work from home, and people throughout the archipelago were discouraged from congregating in public, with mixed results.

With their spring and summer stadium tours canceled, a variety of Japanese pop superstars decided to help lift the spirits of fans who were now largely confined at home by releasing full concerts and music videos that are free to watch on YouTube.

Japan's best-selling music act of all time and one of the top music acts in the world, B'z is made up of duo Inaba Koshi and Tak Matsumoto. With a style of hard blues rock heavily influenced by Aerosmith and similar American bands of the 1970s and 1980s, the B'z are famous for their high-energy live shows.

To help their Japanese fans deal with the stress of the coronavirus, the band has uploaded multiple “live gym” full concert videos to their YouTube channel, including their newest release, “LIVE GYM 2019 whole lotta NEW LOVE,” which covers their 2019 concert series.

Another of Japan's most popular music groups, since forming in 1989 Mr. Children have thirty consecutive #1 singles on the Japanese charts. The band's Beatles-inspired pop act frequently sells out giant stadiums across Japan, but with no tours lined up because of COVID-19 the band has uploaded twenty music videos to YouTube, as well as a two-part concert video.

Relatively unknown outside of Japan, veteran singer-songwriter Okuda Tamio‘s reputation as a musician's musician has resulted in replicas of his classic Gibson guitar. While best known for blues and pop-rock, Okuda has uploaded “Simple Virtual” (カンタンバーチャビレ) to YouTube. The series of acoustic sets to YouTube incorporates a simple Zoom-like fake backdrop.

A popular, if manufactured boy band created and managed by kingpin talent agency Johnny's & Associates, Arashi (嵐, meaning “storm”) is due to retire by the end of 2020. The band has uploaded a variety of concert videos to YouTube. To help fight COVID-19, the band has also recorded and a video to promote hand-washing.

Hikawa Kiyoshi, one of Japan's most popular enka singers, has released a playlist of 21 songs to mark his 21 years in the music business, and to support his fans during the COVID-19 epidemic. His trademark song is “Tokimeki Rumba” (Fluttering Rumba), from 2009.

Like Arashi, NMB48 (“N.M.B. Forty-eight”) is another manufactured, but wildly popular, pop band. The group's core audience of supporters in Namba, Osaka, in western Japan. The group had planned to release a new single in May, but COVID-19 forced them to postpone their plans. Instead, NMB48 is encouraging their fans to “stay at home” by uploading several playlists that feature dozens of music videos, including “Because, Because, Because” (だってだってだって).

Defunct since 2007 following the death of charismatic leader singer Izumi Sakai, pop band ZARD has sold at least 37 million albums. The band's label has released 17 songs, including signature tune “Don't Give Up!” (負けないで) on YouTube to support fans living through the COVID-19 pandemic.