Deaths from malaria in Africa exceed global mortality from COVID-19 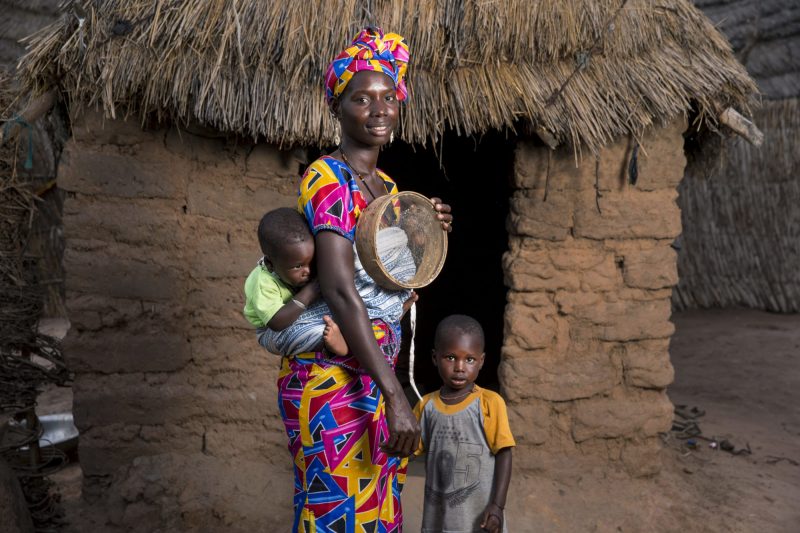 A woman with her children near her home in Sahre Bocar, Senegal. Pregnant women and children are most vulnerable to death by malaria. Image by Jonathan Torgovnik/Getty Images/Images of Empowerment, August 11, 2014. (CC BY-NC 4.0)

The world continues to reel from ravaging deaths caused by COVID-19. Over 2.2 million people have contracted the virus and nearly 180,000 people worldwide have died from it.

As of April 23, nations in Europe bear the global burden of deaths caused by the novel coronavirus. In the same period, 1,199 virus-related deaths have been reported in Africa.

Meanwhile, Africa has continued to live with the heavy burden of malaria — a much more deadly disease that has plagued communities in Africa for centuries. In 2018 alone, 405,000 died of malaria in sub-Saharan Africa, reports the Centers for Disease Control.

Malaria is preventable and curable, but with a tropical climate responsible for all-year malaria transmission — compounded by poor socio-economic conditions — it makes it difficult to effectively control and treat malaria cases.

Now, a new malaria vaccine called Mosquirix offers hope to communities in Africa who have battled the deadly disease for years.

Malaria, a killer of women and children

Malaria, a tropical disease transmitted by the female Anopheles mosquito, is caused by the plasmodium falciparum parasite. The sickness typically manifests with symptoms like fever, fatigue, vomiting and body aches.

Every 60 seconds, a child dies from malaria in many African countries; out of every 10 malaria patients, nine deaths occur, according to the World Health Organisation (WHO).

Most malaria-related deaths occur among pregnant women and children. United Nations Children's Fund (UNICEF) states that every two minutes a child under the age of 5 dies of malaria — which translates into 730 children dying daily of the disease.

Sub-Saharan Africa, together with India, holds the global malaria burden with about 85 percent of cases in 2018. WHO further asserts that these six African countries account for more than 50 percent of all global malaria cases: “Nigeria (25 percent), Democratic Republic of Congo (12 percent), Uganda (5 percent), and Côte d’Ivoire, Mozambique and Niger (4 percent each).” 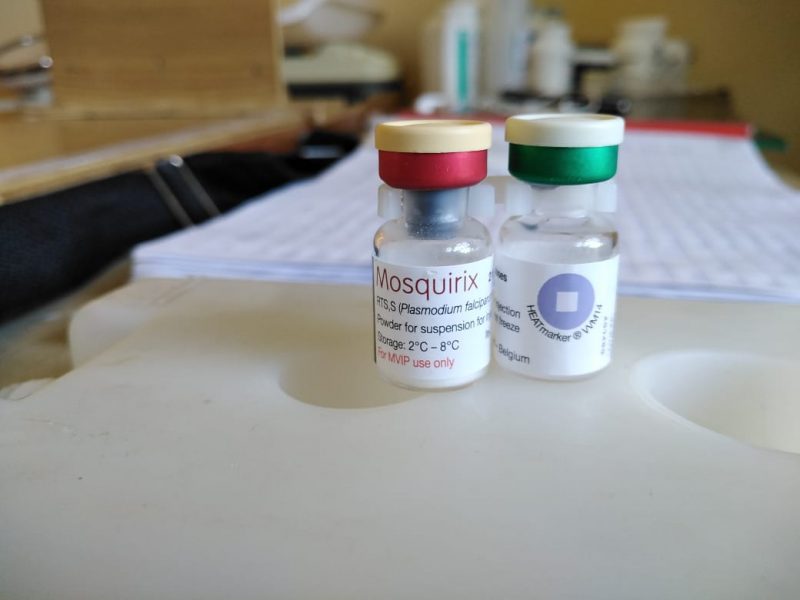 Mosquirix —also known by its scientific name, RTS,S — is a pre-erythrocytic malaria vaccine, which refers to the stage of malaria transmission before the victim manifests clinical symptoms that usually present at the erythrocytic stage, according to a study conducted by Ashley M. Vaughan and two other colleagues from the Seattle Biomedical Research Institute in the state of Washington, USA.

The idea is for RTS,S “to trigger the immune system to defend against the first stages” when the parasite first enters the bloodstream after getting bitten by an infected mosquito.

The surface of the malaria parasite (plasmodium falciparum) contains a protein or antigen which causes the body's immune system to produce antibodies. Mosquirix, an attenuated form of the parasite, precipitates the same reaction from the body, thereby producing antibodies that fight malaria, according to a 2004 research conducted by a team of scientists headed by Dr. Pedro L. Alonso of the Centre de Salut Internacional, Hospital Clinic, Barcelona, Spain.

Scientists working with the British pharmaceutical laboratory, GlaxoSmithKline, created the vaccine in 1987. The first clinical trials were conducted in 1995 with volunteer adults living in the United States and Belgium. In 1998, the vaccine was tested on volunteer adults in The Gambia.

The second series of clinical trials ran between 2004 and 2007 in Mozambique. The 2004 vaccine trial involved 2,022 children aged between 1 to 4 years, while the 2007 double-blind randomized trials had 214 infants as participants.

The third clinical series of trials began in May 2009 and ended in early 2014 with 15,459 infants in seven African countries; Burkina Faso, Gabon, Ghana, Kenya, Malawi, Mozambique, and Tanzania.

WHO launched the first pilot study of RTS,S in Malawi, followed by Ghana and Kenya in April 2019.

Aaby and his colleagues recommended that “the pilot implementation” investigation of the vaccine which began in 2019 should employ “overall mortality” to evaluate the performance of RTS,S and that “study populations are followed for the full 4-5 years of the study before a decision on rollout is made.”

However, in January 2016, WHO reported that it had already recommended further evaluation of RTS,S in “a series of pilot implementations” with the aim of “addressing several gaps in knowledge” before the vaccine is certified safe for the general public.

Pilot implementation of the vaccine 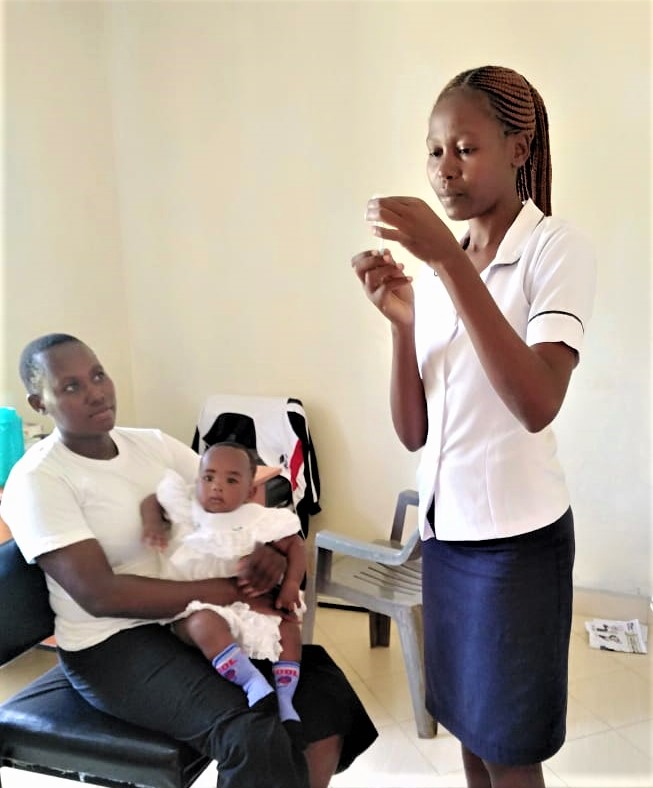 Kenya's cabinet health secretary, Sicily Kariuki, flagging off the pilot implementation of RTS,S on September 13, 2019, stated that the vaccine will be deployed to counties with “highest malaria burden of up to 20 percent” namely: Kakamega, Vihiga, Bungoma, Busia, Kisumu, Homa Bay, Migori and Siaya.

Odede Health Centre, located in Siaya county, is one of the rural hospitals chosen by the country's ministry of health to implement the malaria pilot vaccination in Kenya.

Gabriella Ocenasek of World Youth International, an Australian nongovernmental organization, informed Global Voices via a press statement that the vaccine is administered three times to children at 6, 7, and 9 months old and this is repeated at the age of two. As of March 2020, over 250 children have received the vaccine at the health centre.

One mother at the health centre expressed initial fears that her son would “react to the vaccines“:

When I brought John in for his first jab, I feared he was going to react to the vaccines as many people had believed, but he took it well and he never cried or fell sick due to the vaccine. I have been letting my community know that this is good for our children, everyone needs it.

Nonetheless, WHO has not yet given approval for this vaccine to be deployed for public use. This will depend on the results that emerge at the end of this pilot implementation stage.

If the results are positive without debilitating side effects, the RTS,S vaccine will be the key to drastically reducing infant mortality associated with malaria.

This will be an unprecedented game-changer in malaria management in sub-Saharan Africa — a region overburdened with this scourge for centuries.