At risk communities pull together to protect themselves from outbreaks 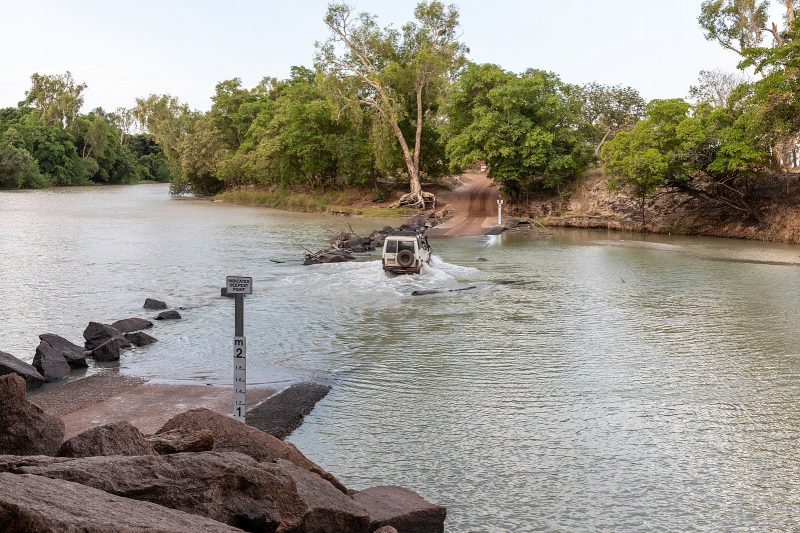 Emergency nurse and humanitarian volunteer Helen Zahos has been working with COVID-19 patients in an intensive care unit in Australia. Zahos grew up on the remote island of Groote Eylandt in the Northern Territory, which has a large indigenous population. In a recent interview, Zahos warned Australians that “we could see the demise of entire indigenous communities if COVID-19 spreads to these remote areas…”

Australia's population of Aboriginal and Torres Strait Islander (as the country's indigenous population is often collectively called) numbers over 800,000, approximately 3.3% of the total population. More than 150,000 live in remote communities and homelands, and face major health issues with significant gaps compared with non-indigenous people. Life expectancy is approximately eight years less than for non-indigenous people, and child mortality is higher.

There has been considerable preparation for COVID-19 by indigenous communities, organisations and media across Australia, especially those in remote areas. In Northern Australia, there has been lots of activity to spread information and protect indigenous communities, and there have been calls for ’Elder Protected Areas’, special areas to protect elders and other vulnerable community members.

On April 16, the national government announced that it would invest $AU 3.3 million ($US 2 million) to “establish a rapid coronavirus (COVID-19) Remote Point of Care Testing Program for remote and rural Aboriginal and Torres Strait Islander communities.”

The Northern Territory (NT) has approximately 76 remote indigenous communities and 500 homelands (remote areas with small populations living on traditional lands). The NT government has closed off travel to and from indigenous communities, which, however, has also restricted travel to centres such as Alice Springs for medical attention and shopping for essentials.

The Northern Land Council (NLC) has produced messages in 19 languages, including this short film in Pitjanjatjara: 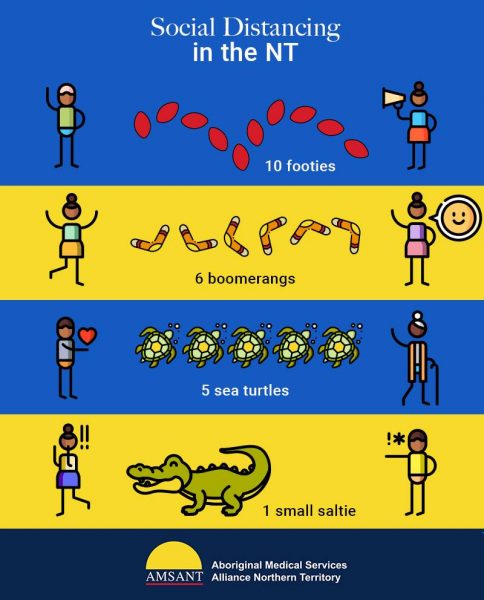 Kimberley Land Council’s website also has lots of useful information, and the Kimberley Aboriginal Medical Service is providing resources, including this video in Kimberley Kriol:

Well-known Kimberley artist Shirley Purdee has gone ‘to sit out the coronavirus’ with her people:

‘I am frightened': Indigenous people return to homelands to wait out coronavirus https://t.co/SCT8Ta1k8T

Our work keeping Yolngu up to date with critical COVID-19 news is getting a lot of coverage. Here's an ABC article on our work: https://t.co/MNEy2zjqMb

We recognise the ongoing support of the Northern Territory and Australian Governments in helping us deliver these services.

All non-essential permits required for entry to Aboriginal lands in Arnhem Land are currently suspended.

Further south, the Central Australian Aboriginal Media Association (CAAMA) radio has been also been active. ‘Yuendumu is doing fine… how Coronavirus is affecting a remote Northern Territory Aboriginal community!’ is an audio interview in one of the local languages, Walpiri, with resident Louanna Williams. It explains how the community is dealing with the threat and includes a summary in English at the end.

This animation from Paw Media is also available in Walpiri:

Local radio stations are publishing lots of information on their websites. National Indigenous TV (NITV) is part of the Special Broadcasting Service (SBS). Its free-to-air channel, which reaches 95% of Australians, has covered the emergency extensively. One of its news reports highlighted the plight of Aboriginal people sleeping rough in urban centres like Perth, Western Australia:

Aboriginal rough-sleepers issued move-on notices and given 10-minutes to pack belongings and leave, but WA police say they are doing all they can and acting with compassion to support homeless people in Perth.

There was more positive news in Adelaide, South Australia:

Indigenous people sleeping rough across metropolitan Adelaide have been put up in motels under an initiative by the South Australian Housing Authority to help them stay safe during the coronavirus pandemic.

Little J has an important message for all you Jarjums about washing your hands. #LittleJBigCuz pic.twitter.com/kaTYqDfQhr

COVID-19 has not yet broken out in indigenous communities. Hopefully, the national lockdown and social distancing will keep them safe.