Could 'a more empathetic approach to learning' be implemented? 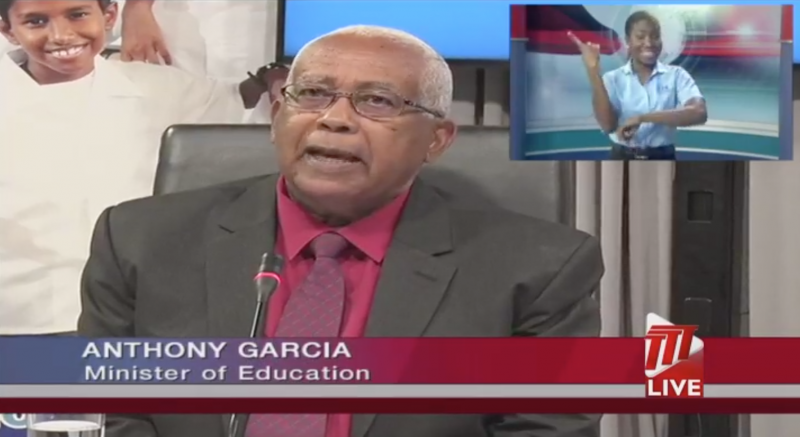 COVID-19 has upended many established systems — social, economic, even political — around which our existence once functioned. One of the most glaring effects of this upset, however, has been the education system, through which COVID-19 has laid bare the startling gaps in equity.

In Trinidad and Tobago, conversations have been happening around this issue on social media channels like Facebook and WhatsApp chat groups, and a central consideration is the extent to which privilege affects access.

On March 13, 2020, Prime Minister Keith Rowley announced the closure of schools across the country as part of the government's effort to slow the potential spread of COVID-19. On April 14, the country's minister of education, Anthony Garcia, held a press conference in which he stated that the earliest that schools may physically be able to reopen is September 2020. In the interim, he added, he would be “abolishing” the third term of the 2019-2020 school year, which usually runs from September to early July, and condense the 2020-2021 school year into two longer terms.

Meanwhile, Minister of State in the Ministry of Education, Lovell Francis, announced the launch of an online learning management system (LMS) — for which hundreds of teachers have already created content — across all education levels. The platform, which he said is fully operational, also allows for virtual teaching. In the comments, however, several parents said they had encountered trouble logging on and that the platform was oversubscribed.

That does not include nearly 60,000 students (by Minister Francis’ estimate) who lack internet access and devices to learn online, but stakeholders like the Catholic Board of Education and UNICEF are reportedly trying to help fill this gap.

Several parents were also upset that special needs students were only addressed after a reporter asked the question of Minister Garcia, who responded:

With respect to meeting the needs of students, specially, who are our special students, the crisis that now confronts us really has no bearing on what we have been doing before. For quite some time now, we at the Ministry of Education have recognised that our special students must be allowed to access their education which, again, is available to everybody. Our mantra is, no child should be left behind.

The issue for many parents though, is that far too many children —special needs or not — are being left behind and internet access is just one measure of inequity.

According to Tracy Hutchinson-Wallace, the mother of two children with special needs who spoke with Global Voices by telephone, “all the ministry has managed to do with this LMS is take the existing school system — with all its inequities and dysfunction — online”.

Hutchinson-Wallace and Gabrielle Hosein, head of the Institute for Gender and Development Studies at The University of the West Indies’ St. Augustine campus, had engaged in a debate on Facebook in mid-March, soon after schools were closed.

Hosein shared her exasperation over her daughter's online classes, which she felt were being administered through a “non-child friendly system”:

I don’t know if this is happening across schools over the country but it shows the same lack of realism in our approach to education, it repeats the same extreme pressures on parents that are built into a system, it makes us all work at odds with our context and moment rather than encouraging new approaches and learning of life skills, and it betrays a failure to take a breath and ask what learning philosophy is behind this approach to completing curriculum while conscious of the stress it is causing, and many parents inability to manage working while overseeing school during the same hours.

What was lacking, she suggested, was “a more empathetic approach to learning” that —rather than being at odds with work and family demands — instead offered “choices about how to combine education with empathy and learning with life.”

Hutchinson-Wallace weighed in on the comments thread, explaining:

This small hiccup that you are complaining about is DAILY LIFE for the disabled and their parents. For the first time EVER in history, the rest of you understand what it is like when the ‘normal’ systems are not set up for you, when you must struggle each and every day to survive, much less thrive in this noxious miasma of an education/employment system.

Now that you know what it's like, go ahead, please, fix it for yourselves. You know what to do. You've known it all along, but it was always too much trouble, too expensive, too unreasonable, too much to figure out, too much everything to make accommodations and supports and services for the other 15% to be included in society.

Upon Hosein's recognition of her position as “totally valid”, Hutchinson-Wallace added:

I am ABSOLUTELY POSITIVELY rooting for you folks in the sector to get this done. You might not fix everything, but there will be some wins. Whatever those wins look like, make that your focus. Because this crisis will end and when it does, if we all go back to status quo, we missed an opportunity.

With the ministry's “philosophy” of “keep[ing] the system going […] to ensure that teaching and learning never end […] and that we keep that business moving as long as this situation continues”, several parents — including Facebook user Karen M. Medina — remain unconvinced that the ministry will seize the opportunity presented by COVID-19 to overhaul the local education system and make it more equitable:

[…] after listening to two people who manage education, I do not feel educated at all. If the term starts in September (big IF), what is the period from April to September. Self-guided learning for kicks? Optional online self-improvement? Extended school holidays? How does this work with the schools and how they have rolled out the curriculum for their students? Two students in the same class at different schools are not coming at this from the same point in their education. […] What is the expected outcome? What about children with learning disabilities? What happens when parents go back to work? What happens to those who work from home? What about teachers who are also parents? The [Ministry of Education] was utterly tone-deaf and did not effectively address my concerns. I have given high praise to our government this last month. Not this rounds.