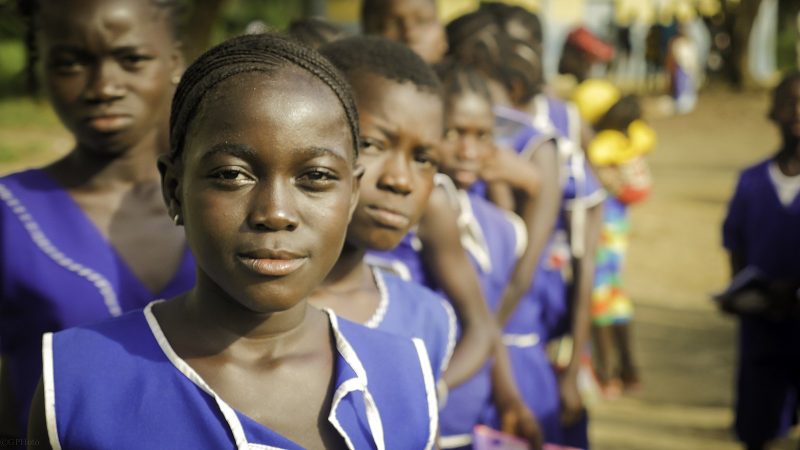 President Bio, in office since April 2018, claimed that his government is working on creating a more inclusive nation.

By ending the 10-year ban against pregnant girls and teenage mothers attending school, the Sierra Leone government is finally addressing a longstanding injustice. This measure gives every girl the chance to achieve her full potential and succeed in getting her education.

The decision came after a pool of nongovernmental organizations (NGOs) including Equality Now, Women Against Violence Exploitation in Society (WAVES), Child Welfare Society, and the Institute for Human Rights and Development in Africa filed a case on May 17, 2018, in the Court of Justice of Economic Community of West African States (ECOWAS) against Sierra Leone’s ban on pregnant girls attending school.

In December 2019, the court found that the government of Sierra Leone breached the right of pregnant girls to education by prohibiting pregnant school girls from accessing school.

The NGO Equality Now gives an account of the court decision:

In a succinct and powerful judgement the Court found that the government had not only put in place a discriminatory policy barring pregnant girls from school but had also failed to put in place measures to reduce teenage pregnancies in line with the National Strategy for the Reduction of Teen Pregnancies, which was adopted after the civil war.

Further, the court found that the government had discriminated against the girls by setting up parallel schools that were sub-optimal and limiting in that girls would only be taught four subjects and learn for only three days a week.

The East African reports that the ECOWAS Court of Justice fined Sierra Leone $10,000 on May 7, 2019, for filing its defense late in a case brought by the rights groups against the ban.

After a long civil war from 1991 to 2002, the country was hit by the Ebola virus epidemic between 2014 and 2015. During this period, many young women experienced sexual violence and rape and gave birth to babies as a result of these rapes. The teen pregnancy rate increased by 65 percent during the Ebola crisis, according to a study by the United Nations Development Program.

Mohamed Hashim Rogers, a public health expert who teaches in the department of microbiology at the College of Medicine and Allied Health Sciences in Sierra Leone, wrote about this crisis and about what motivates young women to seek out married men:

They choose to enter into relationships with men who have the capacity to financially support them, which enables some young girls to advance in diverse workplace training. Discussions I had with young girls in Aberdeen community, Freetown, in May 2019 revealed these determinations.

Netizen Yanoh Jalloh commented on Rogers’ insights, calling on the role that parents played in the lives of young girls who partnered with older, married men:

I might add that these relationships are not always “unblessed” by the parents. Often times the parents often turn a blind eye or other times encourage these relationships as it takes off financial burden from them. This is when it becomes problematic because sometimes young women/girls are exploited so that they can take care of their families. Let us not forget Ebola, where many girls were left orphans without parental figures and were pushed into the hands of sugar daddies by extended relatives.

A study conducted by the government of Sierra Leone and the United Nations Population Fund in July-August 2015 in 12 of Sierra Leone’s 14 districts identified teens who were pregnant or had given birth in the last two months. Out of 14,386 teen girls, the youngest among them were just 11 years old.

Many netizens have been reacting to this decision as a victory since December 2019, when the courts first declared the ban a breach on the rights of girls and women:

Victory for #girls in #sierraleone. #overwhelmed that #ECOWAS court has ruled the ban on #pregnantgirls from #school is a violation of rights and must be revoked. Proud of the effort of this movement that’s stayed consistent and principled in fighting this ban. #SaloneTwitter

In response, ADN still questioned whether or not it is appropriate for pregnant girls to attend school:

But in March, David Moinina Sengeh tweeted in support of “radical inclusion:”

And Miriam Mason-Sesay sent a message to keep all girls safe:

So many collaborators to bring this off!! Congratulations to us all. Let’s keep them safe during this new closure so they can benefit ?????

While Sierra Leonians celebrate ECOWAS Court decision, Human Rights Watch reminds the world that there are still some countries in Africa where pregnant and parenting teens are deprived of their human rights — including the right to attend school:

Across Africa, students are barred from school because they became pregnant or are mothers. … In November 2018, the World Bank withheld a US$300 million loan for secondary education in Tanzania, expressing concern over its exclusion of pregnant girls and teenage mothers.

However, after nearly three years of women's rights groups protesting against Tanzania's school ban, on April 7, the government decided to allow pregnant school girls to attend school as part of the World Bank's $500 million USD loan.