A new cross-regional anti-disinformation initiative launches in the Balkans 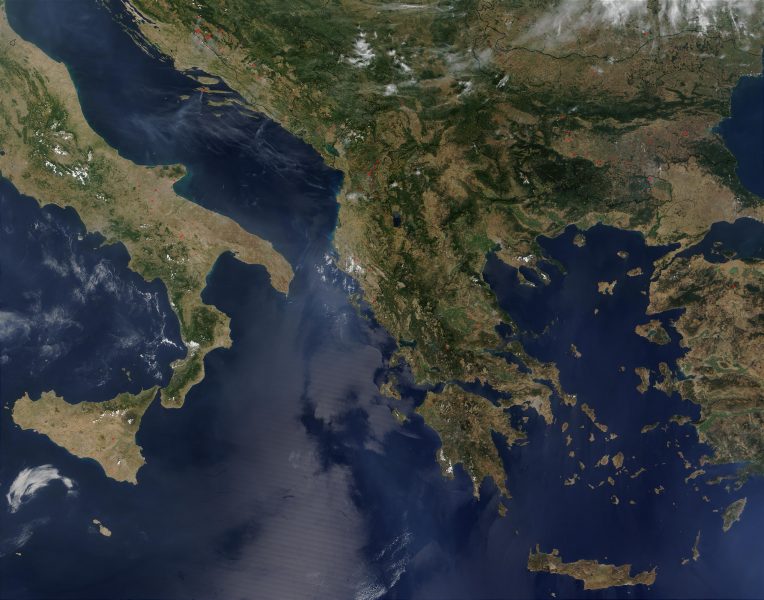 Satellite photo of most of the Balkans. Source: NASA Visible Earth, Public Domain.

Nine organizations from five Balkan countries, including Metamorphosis Foundation, have joined forces to launch the Anti-Disinformation Network for the Balkans (ADN-Balkans), the first cross-border disinformation initiative in the region.

The network will include members from North Macedonia, Greece, Serbia, Kosovo, and Albania, and will work in cooperation with similar groups from other neighboring countries.

While some of the initiative's founders are members of the International Fact-Checking Network and signatories of its Code of Principles, ADN-Balkans membership is not limited exclusively to fact-checking organizations, as it hopes to collaborate with civil society organizations, media outlets, schools, and others.

Bridging national and linguistic divides in a region with such troublesome history is no easy feat. The founding organizations have issued a declaration stressing that the situation in the Balkans requires a broader regional lens as disinformation tends to cross borders and mutate to fit the cultural and political landscape of each country.

During the past two years, Global Voices has worked with ADN-Balkans co-founders Metamorphosis Foundation and Istinomer on covering Hungarian-sponsored disinformation campaigns in Greece, Slovenia to North Macedonia, mapping the Russian influence on Serbian media sphere as a gateway to other post-Yugoslav countries, the spread of Russian soft power through alternative health magazines in the region, and numerous related issues. The Balkans served as a testing ground for a pilot investigation of the Civic Media Observatory, a project by Global Voices.

ADN-Balkans developed gradually through bilateral and multilateral cooperation of different organizations, whose collaboration intensified over the last two years. Several of them are founders of media outlets which have also joined the network.

The founding members of the ADN-Balkans include two Global Voices content partners Metamorphosis Foundation from North Macedonia and Istinomer from Serbia.

Faktoje.al, the leading fact-checking organization from Albania is also a founding member.

ADN-Balkans also includes four members from Greece: Athens-based JAJ.gr (Journalists About Journalism), which focuses on news literacy; Thessalonian Ellinika Hoaxes, the top fact-checking service in the country; the Peace Journalism Lab, a Laboratory of the School of Journalism and Mass Media Communication Aristotle University of Thessaloniki that specializes in news literacy, peace journalism and in the study of journalism; and Digital Communication Network SouthEast Europe Hub, an organization that specializes in digital communication, innovation and research.