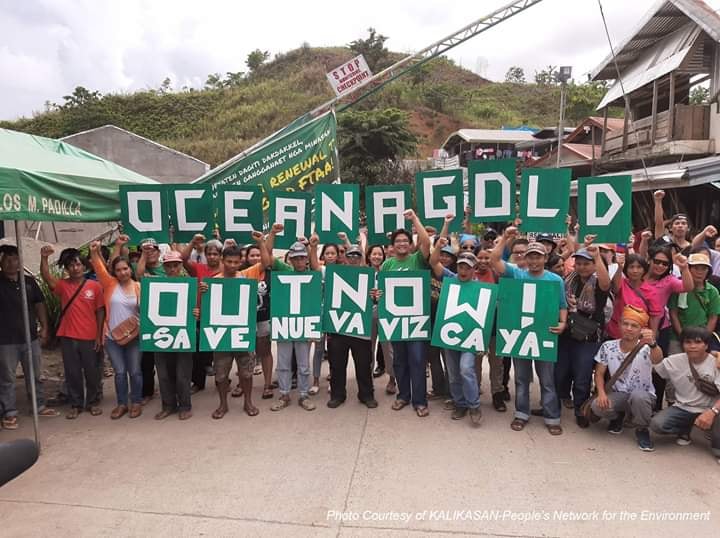 On April 6, 2020, around 100 police personnel escorted fuel tankers owned by OceanaGold (OGPI) into the company’s mining site in Nueva Vizcaya province in the Philippines. The police dismantled a ‘people’s barricade’ at the entrance of the mining area to allow the entry of the fuel tankers. The barricade was set up by community residents, environmental activists, and indigenous peoples in the province as a protest to the extension of OGPI’s mining operation. OGPI's head office is in Australia but it also has corporate offices in North America.

Local leaders said that police in riot gear used excessive violence to disperse the protest, but police officials said their troops exercised maximum tolerance to carry out the order issued by the country’s office of the president.

ALERT: Around 100 PNP personnel are escorting OceanaGold's fuel tank into the mine site in Brgy. Didipio, Nueva Vizcaya. The mining company's permit expired last June 2019 and should have stopped its operations. #OceanaGoldOutNow

Mining and resistance in Nueva Vizcaya

In 1994, a 25-year Financial or Technical Assistance Agreement (FTAA) was issued by the Philippine government to explore 27,000 hectares in the Nueva Vizcaya town of Dipidio, which is believed to hold 1.41 million ounces of gold and 169,400 tons of copper. This project was acquired by OGPI in 2006. In the past 25 years, many local residents complained about the adverse impact of mining operations on the environment and the displacement of indigenous peoples from their ancestral lands. 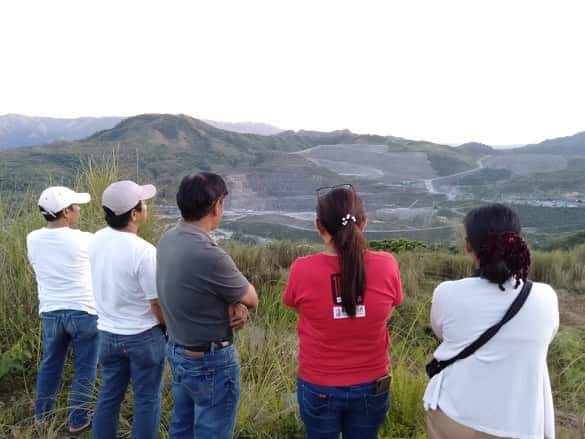 On June 20, 2019, the FTAA expired but OGPI applied for a renewal of the mining license.

The provincial governor said the expiration of the license means OGPI cannot continue its operations. In support of the stance taken by the governor and other provincial officials, local residents placed a barricade in Dipidio to stop OGPI from continuing its operation on July 1. The barricade succeeded in forcing OGPI to suspend operations until the barricade was dismantled by the police on April 6.

OGPI described the governor’s directive in support of the barricade as ‘unlawful’. It insisted that it operates ‘one of the safest gold mining operations in the world, and over the past two years, the Company has implemented state-of-art automated and digital underground mining technology.’

OGPI has been actively lobbying for the renewal of its license. It reminded the governor and other local officials that it is the national government that has the authority to approve or reject mining applications.

The Mines and Geosciences Bureau, a national government agency, recommended the ‘interim renewal’ of OGPI’s mining license while waiting for the decision of President Rodrigo Duterte.

On January 21, 2020, the president’s executive secretary informed the Department of Environment and Natural Resources that it has granted OGPI the authority to bring fuel into the mine site for dewatering activities.

Since then, OGPI has been using this order from the office of the president to take down the barricade. It has repeatedly failed but succeeded on April 6 when there were only 29 protesters guarding the barricade. 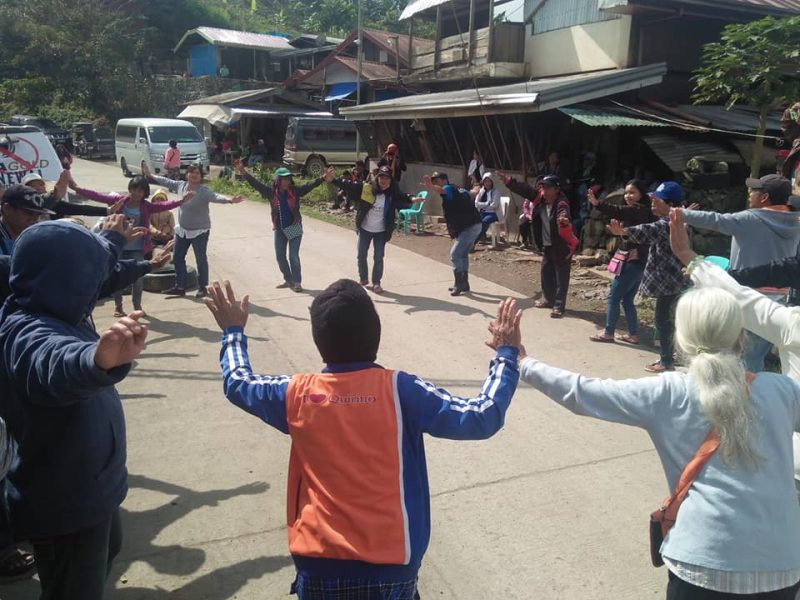 Crackdown amid the COVID-19 lockdown

The police and OGPI are accused of attacking the barricade at a time when the county is dealing with the COVID-19 pandemic. Even those at the barricade were reportedly practicing social distancing measures to avoid crowding in one place. Hence, it became easy for the police to disperse the protesters and break the barricade.

The Alyansa ng Novo Vizcayano para sa Kalikasan (Alliance of Nueva Vizcayans for the Environment) condemned the police for siding with big miners:

In that heartbreaking afternoon, the elements of the Philippine National Police (PNP) sided with the foreign large-scale mine than with the indigenous people living in Didipio. PNP elements protected the right of Oceanagold than those of the people of Didipio who have been resisting the operation of the foreign mining giant for over 25 years.

Nueva Vizcaya Governor Carlos M. Padilla saluted those who joined the barricade and the opposition to large-scale mining:

My heart bleeds for our brave men and women of Didipio who had to suffer and be arrested for expressing their resistance against mining, a great menace to Mother Earth. I salute them for their bravery and being steadfast for the protection of the environment to ensure the survival of all living things and of our planet.

He has a message to the national government:

Instead of providing protection to OceanaGold whose FTAA had expired nine (9) months ago, the national government should tell OGPI TO PACK UP AND GO HOME

The Commission on Human Rights, an independent government body, said the action of the police and OGPI endangered the lives of local residents:

While people are trying to flatten the curve by complying with the enhanced community quarantine, such action by OGPI and the police increases the danger of losing the lives of the involved communities. Furthermore, the intensified presence of the military and the police nationwide heightens the fear of crackdown and attacks against indigenous peoples’ rights defenders given the restrictions of movement.

Kalikasan echoed the demand of various environmental groups in the country:

We demand that all activities of Oceanagold be immediately locked down. We demand that the mining corporation be held accountable for repeatedly inciting social conflict on the ground during these perilous times.

Meanwhile, the provincial police clarified that it has no intent to either support or go against any mining activity because it stands on ‘neutral grounds’. It added that the ‘incident took place emanating from the implementation of a legal order.’

The barricade has been destroyed but not the spirit of resistance against OGPI mining and police violence. The Philippine government also has yet to decide whether it will allow the renewal of OGPI’s mining license. 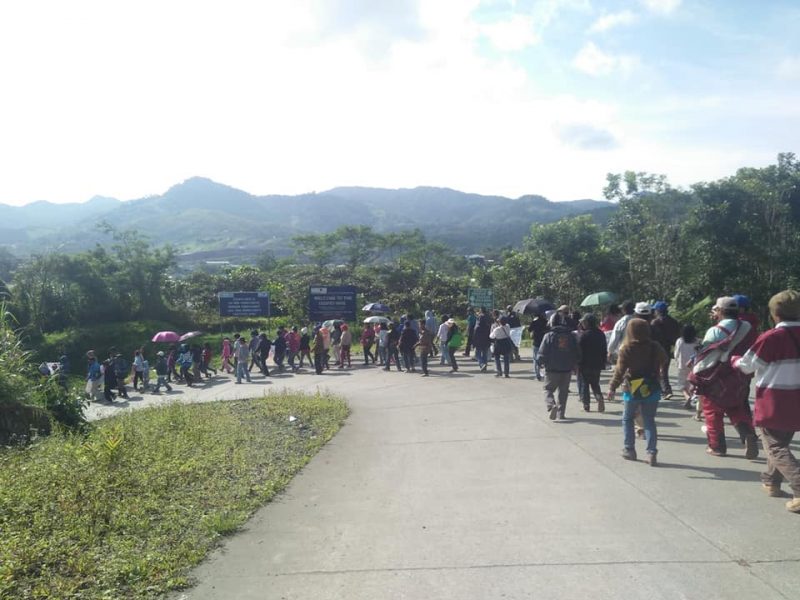