Several countries have accused the US of not playing fair 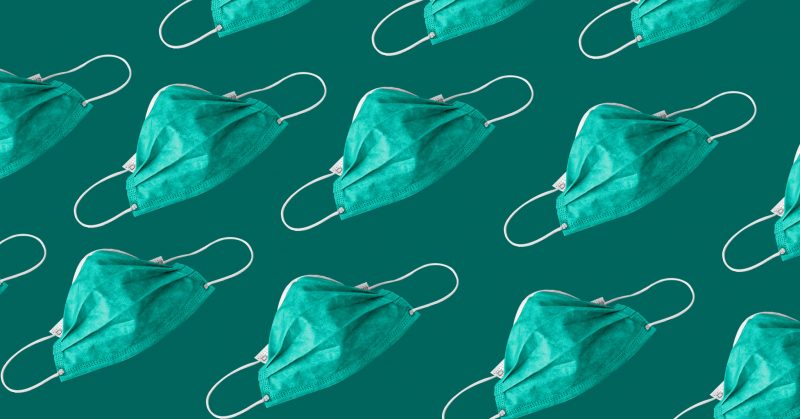 In the midst of the COVID-19 pandemic, countries face a growing need to access critical medical supplies like test kits, personal protective equipment and ventilators — much of which has to be imported.

The rush to secure resources has prompted moves by powerful governments like the United States, whose recent restrictions regarding such equipment has sparked controversy.

In a press conference on April 5, Barbados’ minister of health and wellness, Lieutenant Colonel Jeffrey Bostic, said (at 33 minutes in the timeline) that 20 ventilators bound for Barbados had been “seized in the United States.”

He did not provide further details.

There was initially some confusion over whether the ventilators in question were the same machines that had been donated by Barbadian-born pop star Rihanna, but it was later confirmed that these were a different batch.

Despite the setback, Minister Bostic maintained that Barbados had enough ventilators to meet the island's current demand (not counting the more than 150 secured from various other sources) — and that the government had an “open cheque” for the purchase of critical supplies.

The island currently has about 48 available ventilators; as of April 5, only three of the country’s 56 COVID-19 patients needed to use them.

Despite this, the move to bar the export of the ventilators did not go down well with Caribbean netizens:

More barbarism from the United States.

The US Defense Production Act

While there have been acts of philanthropy during the COVID-19 pandemic (China, for instance, donated thousands of test kits to Trinidad and Tobago), such humanitarian gestures are counterbalanced by what some are interpreting as acts of selfishness.

The US government was able to do this by triggering the Defense Production Act, which — in addition to allowing the Department of Homeland Security and the Federal Emergency Management Agency to secure any medical supplies it deems necessary — can also force private-sector manufacturers to give the government precedence when fulfilling orders.

3M, however, pushed back, saying that clamping down on exports achieves the “opposite” effect and has far-reaching humanitarian consequences.

Several other countries have also voiced concerns about the United States’ approach to dealing with COVID-19 supplies.

Even US hospitals have been reporting that federal agents have been “seizing orders,” and medical staff has complained about the lack of transparency surrounding the process.

The US government, however, says it is employing a data-based approach to determine where supplies should go.

Was ‘seized’ the right word?

Shortly after the Barbados health minister spoke at his press conference he went on record to suggest that “‘seize’ might not have been the correct word”. He explained, “It has to do with export restrictions being placed on certain items.”

For clarification on what these restrictions entail, Global Voices reached out to the Barbados Government Information Service, which referred our questions to a representative of the minister; at the time of publication, there has been no reply.

The Barbados government has not announced how it plans to respond, but discussions are reportedly ongoing between Barbados’ Ministry of Foreign Affairs and the United States Embassy.

On April 9, however, Barbados Today reported that the public affairs officer at the US Embassy, Larry Socha, said his office hadn't “received any updates from the Government of Barbados regarding the alleged incident.”

The embassy says it is awaiting those details in order to continue to work with the country in defeating COVID-19.

An opportunity for Caribbean innovation?

The incident didn't stop people from labelling US tactics as modern-day piracy:

US Embassy spokesperson Socha also weighed in on this “unfortunate” aspect of the narrative, suggesting that it “is being propagated by certain individuals and organisations to divide the international community”:

There is nothing more important right now than the international community coming together and those individuals and organisations that are promoting a narrative of division are doing the citizens of their own countries and other countries a disservice.

Facebook user David Coulthrust, however, saw an opportunity for the Caribbean region:

Can a very brilliant engineer in Barbados make ventilators? I suggest we act now. Can the UWI [The University of the West Indies] accept this challenge?

Such a move wouldn't be without precedent, as one Twitter user was careful to remind people:

In this time of great need for #ventilators, take some time to reflect on the early apparatus pioneered by Henry Edmund Gaskin Boyle, a son of the soil of @Barbados #Barbados ??https://t.co/zxUV8OzgRi #coronavirus #COVID19 pic.twitter.com/Rs8HcGeZnZ

One Jamaican scientist, for example, is reportedly awaiting patent approval for a cannabis-based drug to help treat COVID-19 symptoms.

In desperate times, however, many regional governments are surely hoping that the lesson of COVID-19 will not be one in which “might is right:”

Barbados’ Minister of Health just indicated in a press conference that ventilators destined for the island had been “paid for but seized in the United States”. It's every country for itself out here and the small ones will be the biggest losers.