Will the rejection of Jamaican dancehall star Vybz Kartel's murder appeal make him ‘even more of a martyr'? 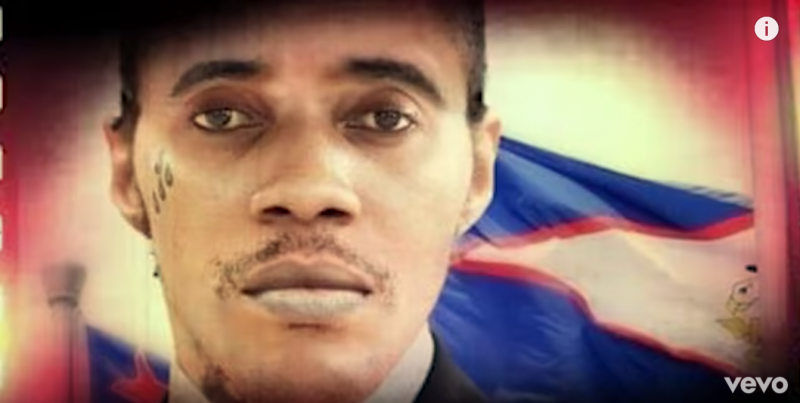 Screenshot of Vybz Kartel taken from the official YouTube video of his song “World Government”.

On the morning of April 3, 2020, the constant flow of news about COVID-19 took a slight pause — at least in Jamaica — as the local appeal court handed down judgment on the murder charges against dancehall deejay Vybz Kartel (Adidja Palmer).

Also known by the moniker “World Boss”, Palmer and his three co-accused (Shawn Campbell, Kahira Jones and Andre St. John), were convicted of the murder of Clive “Lizard” Williams in 2014. They appealed their sentences in July 2018.

Exactly six years to the day after Kartel was sentenced to life in prison with no chance of parole before 35 years, the Court of Appeal upheld the murder convictions, but has reserved its judgment on the sentencing. The next step, say defence lawyers, is the Judicial Committee of the Privy Council, Jamaica’s final appellate court.

In contrast to the frenzy surrounding the lengthy and dramatic murder trial, the atmosphere for the appeal was subdued, with only a small group of fans gathered outside the Kingston court as they awaited the verdict.

The 44-year-old recording artist hails from the low-income community of Waterford in suburban Portmore — a housing scheme for former inner-city residents nicknamed “Gaza” — where he built his crew of dancehall artistes.

Anticipating that Kartel's appeal would be successful, a planned celebration in his community, which is one of the areas currently under a State of Emergency was cancelled. His despondent supporters argued that he was not given a fair trial in Jamaica and hoped his appeal would have a better chance in the UK.

Kartel's 2014 murder conviction was not his first run-in with the law. He had been acquitted of the 2011 murder of local promoter Barrington Burton on July 24 of that year but had remained in custody pending the second case.

During this period, he and two others were accused of perverting the course of justice by trying to introduce evidence that Williams was still alive, although that case was discontinued. Meanwhile, a juror was charged with trying to bribe his peers to return a not-guilty verdict — a trial that is still pending. Williams’ body has never been found.

Surprise at the decision

The rejection of the appeal appeared to shock both fans and Kartel's defence lawyers, who had earlier expressed confidence that his sentence would be overturned.

Queen’s Counsel Valerie Neita-Robertson, a member of Kartel's high-powered legal team who had predicted a win to the deejay’s fans on Twitter, later suffered a backlash from disappointed followers. When retired appeal court judge Seymour Panton criticised her actions, the attorney responded:

My right to my view must also be respected. I hold the view that EVERY Jamaican is entitled to a fair trial & deprecate your view that attorneys pander “to the criminal underworld”. What we do sir is to give hope and expectation to all our clients based on our assessment of (3/6)

Pointing to the acquittal of an uptown businessman in a controversial murder case, one of the attorney's Twitter followers expressed the not-uncommon view that there is one law for the rich and one for the poor:

1. The law which governs the lower class

2. The law that keeps the rich in power!

It was easy for the man who shot the kc yute to walk away without a charge!

Ironically, Kartel's “ghetto yute” [youth] image has translated into a wildly successful musical career, with all its financial benefits.

While Kartel's lawyers complained about the length of time the judges took to reach a decision, Jamaica's director of public prosecutions, Paula Llewellyn, called the trial a “very complex matter” and the ruling a “critical and seminal one”, with implications for the wider Caribbean.

A noticeable feature of the case was the admission into evidence of cell phones, voice notes, text messages and audio recordings. Many regional territories, including Jamaica and Trinidad and Tobago, have been wrestling with cybercrime legislation, trying to balance elements like privacy, safety and freedom of speech.

Interestingly, social media has helped keep the “World Boss” in the public eye, a trend that will likely continue. Kartel has maintained a fairly consistent social media presence despite his incarceration, although it's not clear whether he is making the posts himself.

Moreover, questions have repeatedly been raised as to whether he has been making new recordings in jail, which would be against protocol. Despite his denials, “new” recordings regularly appear; his record label insists any fresh releases would have been recorded before his incarceration. Yet, just before his appeal judgment, Kartel had reportedly made a brief “live appearance” on the Instagram account of Kingston-based record producer and collaborator Tarik “Rvssian” Johnston.

Donna P. Hope, professor of culture, gender and society at The University of the West Indies, and founder of the Dancehall Archive and Research Initiative, commented that Kartel’s popularity is not likely to wane:

Anything he puts out, even if it’s just one line or a sound, it’s going to be even bigger. One of the things that has made him so popular is that people see him as a victim, and that kind of anti-hero figure is very popular in Jamaican music, and remember he’s behind bars so that will make him even more of a martyr…He’s going to be held up as a victim of the system. That is what the music is going to say about him and people will feel a connection, especially now. He will continue to get a lot of support from people because he continues to represent as someone who rejects the status quo and is still seen as persona non grata to many. And even though he’s older than this generation, he still manages to plug into it, and that has kept his fan base alive and growing.

Kartel may in fact “plug in” a little too literally. In the week before his court appearance, prison officers confiscated a mobile phone from his cell.

While police investigate the incident, public discussion continues: Is Vybz Kartel a victim of the system? A brilliant lyrical genius? A dangerous influence on the nation’s youth? A product of oppression or simply another criminal “don”?

Whatever Jamaicans think, no one will be indifferent to Kartel's fate, which will likely be decided within the next year and a half as his lawyers prepare for the final round at the Privy Council.