The station calls it a move to 'shoot the messenger' 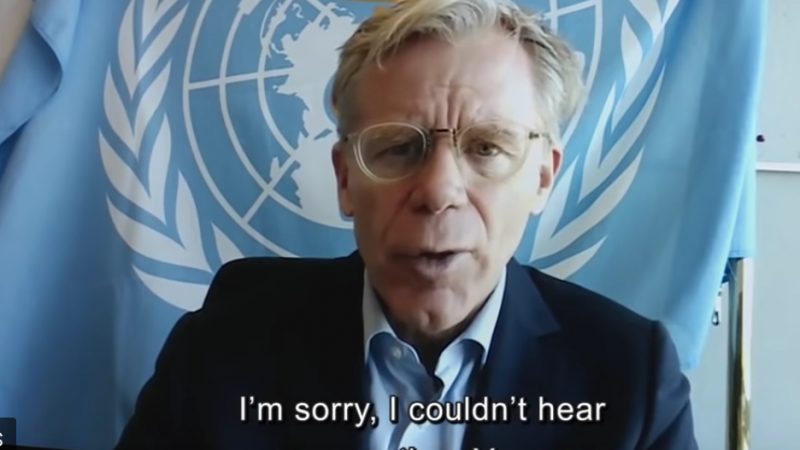 Screen capture from the Pulse via RTHK's Youtube channel.

The statement, signed by the Bureau's minister Edward Yau, pointed fingers at RTHK’s news programme, “The Pulse”, in which journalist Yvonne Tong pressed the World Health Organization’s (WHO) representative Bruce Aylward to comment on Taiwan’s response to the COVID-19 outbreak, as well as its WHO membership status.

Taiwan used to sit in WHO meetings as an unofficial member until 2013, when Beijing used its diplomatic pressure to sideline the country. After Tsai Ing-wen of the pro-Taiwan independence Democratic Progressive Party won the presidential election, Chinese president Xi Jinping decided to enforce a full isolation policy.

The episode in question, which aired on March 28, looked at global countermeasures to the pandemic. When Aylward was asked, during his interview segment, whether the WHO would reconsider Taiwan’s membership status, Aylward said he could not hear the question and abruptly ended the call. The journalist called back and asked for his perspective on Taiwan’s performance in controlling the spread of COVID-19, but Aylward said he'd already given his view on China and ended the interview.

Although Taiwan alerted the WHO to the potential of human-to-human transmission as early as the end of December 2019, thanks to the isolation policy it was excluded from a January 22 emergency meeting to address the coronavirus outbreak. Nevertheless, Taiwan has outperformed many other countries in blocking the spread of COVID-19.

Against this backdrop, Aylward's refusal to answer the question was interpreted as evidence of the WHO's pro-China political stand. The video clip went viral on social media, with many accusing the WHO of conspiring with China in downplaying of the severity of the pandemic:

Bruce Aylward @WHO did an interview with HK's @rthk_news When asked about #Taiwan he pretended not to hear the question. The journalist asked again & he even hung up! Woo can't believe how corrupted @WHO is. pic.twitter.com/uyBytfO3LP

Beijing was outraged about the incident. The very next day, the China Central Television (CCTV) website published commentary accusing the reporter of her “ill-intention”.

The Hong Kong government echoed Beijing's stand, accusing “The Pulse” of breaching both the “One China” policy and “the purposes and mission of RTHK as a public service broadcaster as specified in the charter”.

RTHK’s spokesperson rebuked the government’s criticism by stressing that the episode was about global responses to the pandemic, and that the segment on Taiwan was simply a part of the programme. It also pointed out that the journalist had referred to Taiwan not as a “country” but a “place”, and hence had not violated the “One Country, Two Systems” principle or the RTHK Charter.

The public broadcaster's Programme Staff Union categorised the government’s statement as a move to shoot the messenger and urged the public to defend the autonomy of its newsroom.

A member of RTHK's programme advisory panel, Fermi Wong, believed that the government’s statement came as a result of pressure from Beijing:

When you look at the interview done by the Pulse reporter, it is about the coronavirus issue, it is about health. I don't really understand why when a reporter is asking something relating to health, she or he has to remember there is ‘One Country, Two Systems’ … in line with the government or China. I believe the government statement may come after some kind of pressure from the Foreign Ministry or the Chinese Communist Party, I don't know. But I think the statement is the biggest nonsense.

In 2004, after Beijing failed to to pass a set of national security laws under Article 23 of the Basic Law, it began to tighten its control over Hong Kong’s media outlets. Since then, RTHK has been under political pressure for failing to fall in line with government policy. In recent years, a number of the broadcaster’s popular public affairs programmes — including its satirical news commentary “Headliner” and its weekly public forum “City Forum” — have received tremendous pressure to self-censor.

The latest wave of pressure emerged in August 2019. Against the backdrop of months of anti-China extradition protests, RTHK journalists investigated the Hong Kong Police Force's failure to protect citizens from a July 21 mob attack in Yuen Long. By August, pro-Beijing protesters staged several protests outside RTHK’s headquarters, accusing the public broadcaster of “bias”.

Commissioner of Police Chris Tang also filed a complaint to the Communications Authority against RTHK’s “Headliner” programme, accusing it of undermining police work and eroding law and order.

In March 2020, following a request made by the city’s most dominant commercial free-to-air broadcaster, TVB, the Communications Authority attempted to curb RTHK’s influence by lifting TVB’s license requirement, which formerly required a compulsory weekly airing of 3.5 hours of RTHK programmes.

Meanwhile, the chair of RTHK's board of directors, Eugene Chan, proposed establishing a three-member working group to look into complaints about RTHK's programmes — a move which the broadcaster's Programme Staff Union slammed as direct interference in the station’s daily operations.

Beijing's agenda to turn the public broadcaster into a mouthpiece has been reflected in the slogan “RTHK should represent the voice of the government” as put forward by the pro-Beijing protesters outside RTHK’s headquarters. Now the pressure coming from the Hong Kong government is mounting.