There's a range of content produced in the Bangla language 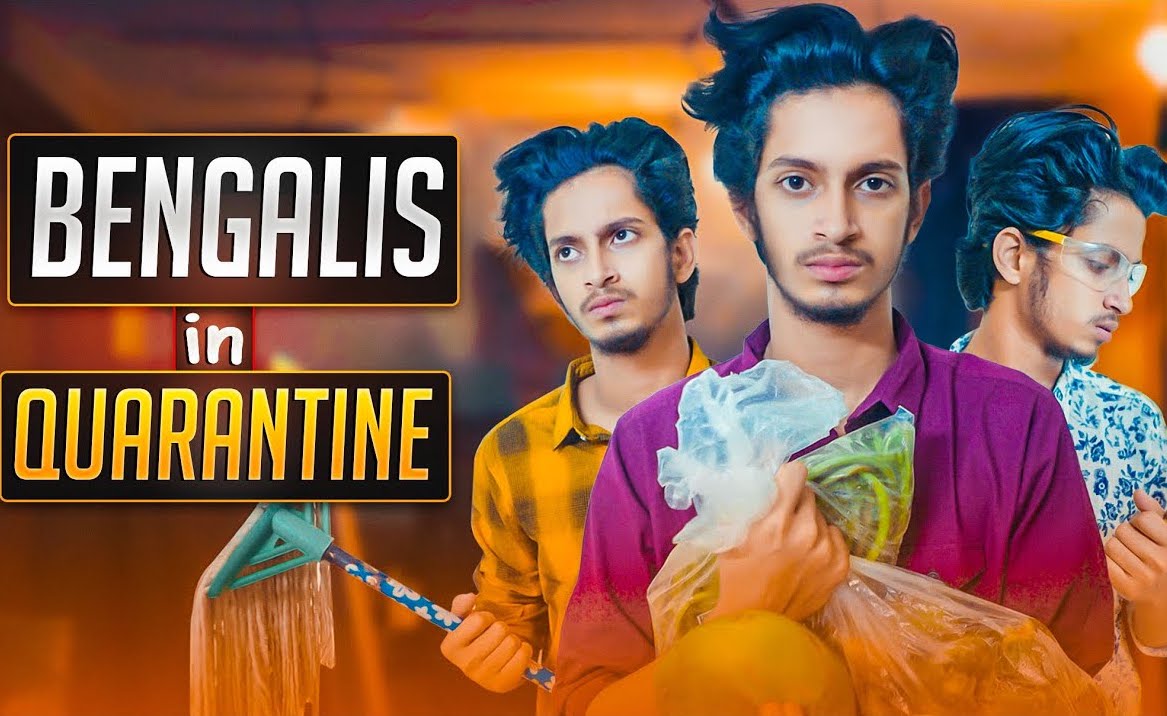 Screenshot from a video of The Ajaira Ltd. Click on the image to play video.

In Bangladesh, YouTube's growth had long been hindered by slow internet speeds and low penetration — but ever since the roll-out of 4G services in 2018, YouTube viewership in the country has skyrocketed. Driving this surge is a plethora of new content makers boasting a huge number of subscribers and views, especially in the Bangla (Bengali) language.

During the ongoing COVID-19 “nationwide holiday” (lockdown), Bangladeshis are reportedly using internet data at more than 50 percent of their usual average, with many of them watching YouTube and Facebook videos in local language.

As of February 2020, Bangladesh had over 166 million mobile phone subscribers and 99.98 million internet users, with over 94 percent of them using their mobile phones to go online.

Over the past three years, the number of internet users in Bangladesh has grown by more than 50 percent. According to a report by the Daily Star, in 2018 there were over 29 million YouTube viewers, with 28 percent of them between the ages of 18 to 24, and another 23 percent between the ages of 25 and 34.

These figures rose significantly after the government cut internet bandwidth prices by 50 percent in June 2019.

A number of original content creators have gained prominence over the years. Salman Muqtadir created his channel, “SalmoN TheBrownFish”, in 2012; he now has 1.32 million YouTube subscribers. His funny skits on the lives of young Bangladeshis continue to entertain many viewers:

Other popular YouTube entertainers include “The Ajaira Limited” and “Prank King Entertainment”.

Young Towhid Afridi, who started as a YouTuber in 2015 and now boasts three million-plus subscribers, offers amusing anecdotes and travel blogs that have won the hearts of young Bangladeshis. Afridi has also joined other YouTubers in posting messages about how to be safe during the COVID-19 pandemic.

As the name suggests, “G-Series Bangla Movies” is a YouTube channel offering free “Dhallywood” Bangla movies, many in HD quality. Started just five years ago, the channel — which has hundreds of movies in its library — has attracted over three million Bangladeshi subscribers, both from within the country and throughout the diaspora. “Jazz Multimedia” is another movie-based entertainment channel.

Bangla television dramas are also very popular among viewers, so there are several channels dedicated to such series, including “NTV Natok”, attracting millions of subscribers.

“Mayajal” is a Buzzfeed-style content channel in Bengali. Started by a few young YouTubers, in the past four years, is also extremely popular. 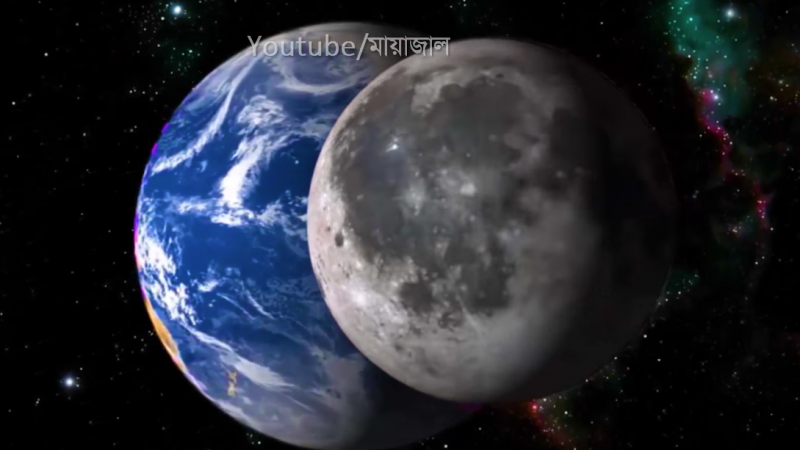 Screenshot from Mayajal. Click on the image to play video.

Music — from Bangladeshi bands, as well as soundtracks from movies and TV dramas — contributes to about a fourth of YouTube viewership. “Eagle Music Video Station”, one of the most popular, has 4.92 million subscribers and more than 950 million views. 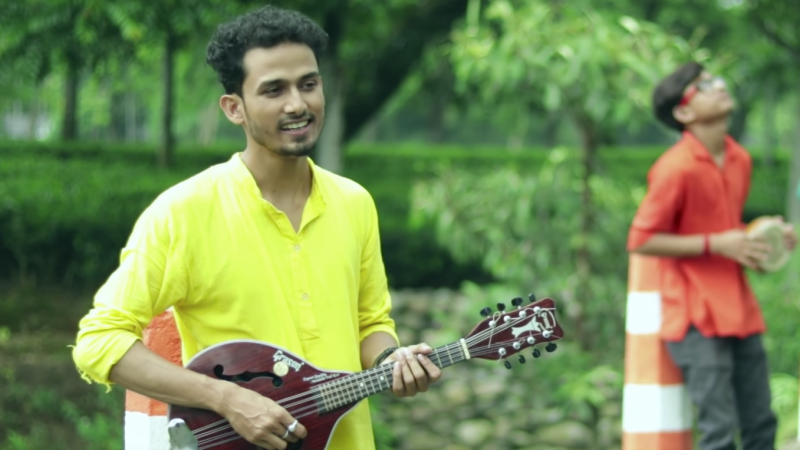 Screenshot from Folk Studio. Click on the image to watch video.

While you can easily find recipes for Indian, Asian or Western food online, sourcing recipes for Bengali dishes was challenging until a few years ago, when Bangladeshi YouTubers began uploading cooking videos. Many of these channels are hugely popular.

“Cooking Studio by Umme”, for instance, has 1.46 million subscribers and more than 213 million total views. In her videos, Umme explains the reasoning behind each step in the recipe, and often suggests alternative methods of cooking the same dish — like the recipe for the famous “Haji Biryani” of old Dhaka:

Read More: Biryani Stories: How Dhaka’s Biryani went from being the food of the elites to the dish everyone eats

“Spice Bangla” is another beloved cooking channel, as it extends its culinary coverage to continental delicacies, inclusive of Indo-Chinese cuisine. Meanwhile, Nahida Tuli's channel, which concentrates on cakes and cookies, reached a million subscribers in December 2019.

Thanks to the absence of cable TV in many rural homes in Bangladesh, coupled with the proliferation of smartphones with cheap internet access, many television stations have also launched YouTube channels offering livestreams of news, as well as other content. These channels attract high levels of viewership, ranging from 1.84 million to over 5 million subscribers.

There is also a ready audience for a range of other topics, including tech reviews, education, and religious content.

The Rajshahi Catholic Diocese, for example, has a YouTube channel, which it uses to share sermons, Sunday Masses and other messages from the bishop. According to Father Patrick Gomes, secretary of the Diocesan Commission, the aim is “to nourish the spirit of the faithful who cannot participate in the liturgy”, since the weekly day of rest in the Muslim-majority nation is Friday, not Sunday.

“Farjana Drawing Academy” is a channel by a Bangladeshi girl who uploads videos of her pencil drawings. With close to four million subscribers worldwide, her videos have been seen over 459 million times in the past four years alone.

With just over 2.5 million subscribers, “AroundmeBD” is another extraordinary channel. Liton Ali Khan, who hails from Shimulia in Kushtia, Western Bangladesh, started uploading videos about his village's fish market, with tips on how to commercially farm fishes. Once his channel became popular, he used his YouTube earnings to feed between 500 and 1000 people in his village every week and shared the initiative on his channel. Ever since Sonny, a renowned American food blogger, reviewed Khan's channel, Shimulia has become known as the first YouTube Village — videos about the activities of the village are uploaded to YouTube and they collectively get returns from it:

Online entertainment viewing in Bangladesh is not limited to YouTube, however. Platforms like BongoBD, which started in YouTube, also produce content in Bengali and streams online. Dubbed the “Netflix of Bangladesh”, Bongo BD offers a subscription-based video streaming platform and a dedicated app.

Video in the time of Coronavirus

In light of the COVID-19 pandemic, the “BongoBD” YouTube channel has been uploading a number of educational videos, sharing information in the local language about safety precautions:

In an effort to keep people entertained at home once the lockdown began, “BongoBD” made the entire entertainment library on its video streaming site free for all users in Bangladesh.

Dr. Jahangir Kabir, who runs a free YouTube consultancy channel for weight loss and lifestyle modification, is sharing tips on yoga and exercises to stay fit during the lockdown.

Viewership of YouTube content in the country grew by 61 percent year-on-year in 2019. With the current trend, it will continue to expand, making it an attractive market for local language content makers.