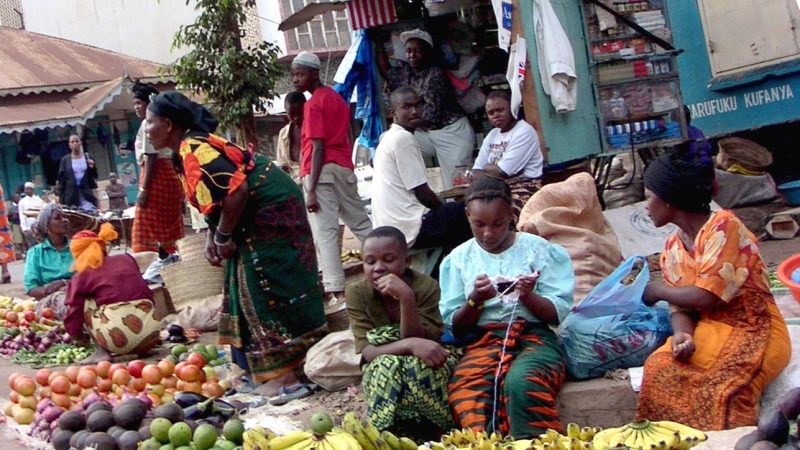 Women dominate the marketplace in Uganda. The photo was shot roadside around Kibale, Uganda, in 2003, by NeilsPhotography [1] via Flickr CC BY 2.0 [2].

Even before its first registered case, the government of Uganda had taken decisive measures [6] such as school closures, public gathering bans and strict travel restrictions [7] to and from affected countries to slow the spread of the highly contagious virus.

On March 25, the government announced a ban on the sale of non-food items [8]in Ugandan markets for two weeks starting March 26, to reduce numbers and enforce social distancing guidelines recommended by the ministry of health.

The country's markets, often dominated by women sellers, were turned upside down by these restrictions.

Thousands of citizens hustle every day as day laborers and sellers in Uganda's markets to put food on their tables. In a public address about the measures, however, President Yoweri Museveni failed to acknowledge their potential effect on those who work in the markets:

Not even some type of relief for those that survive on the informal economy???
——
This #COVID2019 [9] crisis is taking a toll on the masses of people that live hand to mouth. @KagutaMuseveni [10] & your team – please consider the unfortunate fact that these folks have no safety net. ??

These sudden restrictions have led to increased violence and crimes [12] against those working in the informal sector, such as street vendors who continue to sell their goods to earn a living and feed their families.

On March 26, Ugandan women street vendors were flogged and brutalized by police, who used a level of force that went beyond that allowed by recent presidential directives. The incident was documented by photographer Badru Sultan, who posted [13] his photos on Twitter and then were shared by many:

People can be guided firmly but humanely & caringly. These people are trying to survive; get them to understand how to, both, avoid COVID & survive. pic.twitter.com/4kYohKTDv8 [15]

Martha Tukahirwa defended women vendors who continued to sell despite the directives:

These ladies prepare & vend food on the streets of #Kampala [17]. Fully aware of @KagutaMuseveni [10]’s directive on the ban of selling non-food items, they went about their business.
WHY were they battered???
Is this yet another contagion of #VAWG [18] during such unprecedented times? pic.twitter.com/pnVcyvjWsq [19]

Kizza Besigye pointed out that a shutdown does not make sense without a backup plan:

According to a 2018 study by the Strategic Initiative for Women in the Horn of Africa (SIHA), in Uganda, women [27] own 66 percent of all informal businesses in Kampala, the capital, and also make up the majority of informal workers.

The scarcity of job opportunities forces many women to take up work in the informal sector, doing jobs that are “precarious and poorly remunerated, with little access to social protection,” the study said.

The informal sector is, therefore, a vital lifeline for women in Uganda.

The Uganda Women Network [28] expressed “grave concerns” about the excessive force used against women in markets in a March 27 press release:

While we commend the government of Uganda for the swift measures taken to prevent and control the spread of COVID-19, we are also not oblivious of the economic impacts of some of the measures on women who form the bulk of workers in insecure labour. The complexities of these women’s realities ought to be put into consideration in implementation of the Presidential Directives on COVID-19 so as not to exacerbate already existing gender inequalities, the burden of care work and institutionalised violence against women.

The release noted that 71 percent  [28]of women work in the informal sector, including retail business, markets, hospitality, vendors and petty trade, etcetera.

The Uganda Women Network also pointed out that the police have a mandate “to protect, serve and defend”. Any act of brutality exercised against vendors goes against the 1995 Ugandan constitution Article 24 [29], which protects every Ugandan citizen from any form of torture, cruel, inhuman or degrading treatment or punishment.

Article33 (3) [29] on the rights of women also ensures that the state will protect women and their rights, taking into account their unique status and natural maternal functions in society.

As women in the market place continue to struggle under these new measures, food prices also continue to soar. [30] Panic-buying at markets just after restrictions were put into place led some traders to hike up their prices [31]: 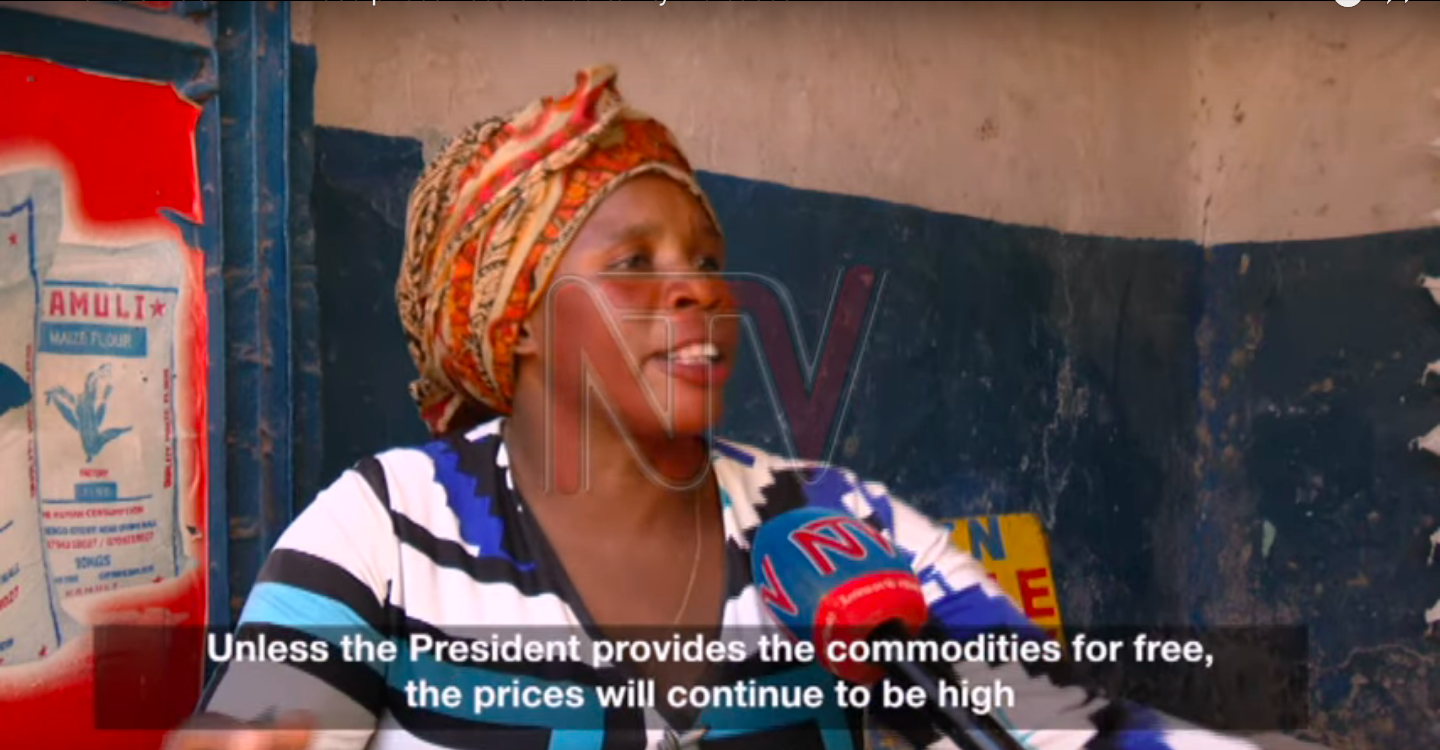 Basic food prices in Uganda are soaring since the outbreak of the first case of COVID-19, on the back of increasing demand, due to panic buying in anticipation of nationwide lockdown. Screenshot via NTVUganda on YouTube [30].

An online campaign using the hashtag #ExposeBusinessCrooks is aimed at halting the exploitation of the situation.

THIS #ExposeBusinessCrooks [35] is going to alter the way we appreciate the gravity of the #coronavirus [36] #COVID19UG [14] pic.twitter.com/YpIy8AX5uf [37]

A ‘new way of doing business'?

In addition to banning the sale of non-food items in the market, President Museveni also recommended [8] finding “new ways of doing business,” and “trading but with minimal human contact.” This implies that traders and sellers can simply shift their business online.

But Uganda's digital ecosystem is not prepared for this. Most market vendors do not have the training, capacity or knowledge to set up online businesses nor systems in place to deliver goods.

Additionally, Uganda's social media “gossip” tax [39] continues to cause a pinch by making data so expensive that doing business online is simply out of reach for many market vendors.

The tax, introduced in 2018 to curb gossip online and raise revenue, already made data service costly. Now, due to the food price hikes, buying data is even more costly for most people.

This means that getting online is even more expensive for an ordinary woman now than ever before.

This will further deepen digital inequalities between rich and poor, given the already high cost of data in Uganda, coupled with the social media tax and the high cost of living during #COVID19.