Tunes in the time of corona: A playlist from Trinidad & Tobago hits all the right notes 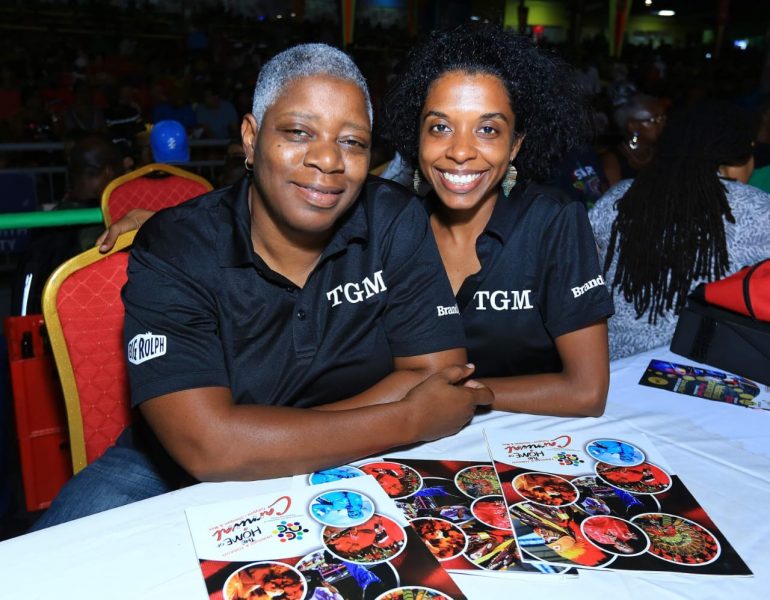 Trinidadian journalists Franka Philip and Ardene Sirjoo — collectively known as Trini Good Media, since December 2017, when their podcasting outfit was launched — wanted to find ways to unite people during the COVID-19 pandemic, so they did the polar opposite of what you might expect. Rather than produce a newsy programme on prevention measures, they took to Facebook to ask their friends and followers to pick two of their favourite songs and explain what makes them special.

Philip was inspired by a friend, Stefan Hull, who introduced her to a concept called “Stick it On” at parties in Brighton, England, where she used to live. It allowed ordinary music lovers to literally get their 15 minutes of fame by doing their thing on the DJ decks. You didn't have to be a mixmaster, just bring enough music to fill the time slot and play. What that created, remembers Philip, was “a real diversity of music, very interesting, very organic”, and she loved the fact that there was something for everybody.

More than 100 Facebook comments later, the podcasting version of this idea resulted in a musical cornucopia that seamlessly melded different genres and brought back fond memories for listeners all around the world whose physical movements, due to the COVID-19 pandemic, have been restricted by ever-tightening isolation measures. The playlist — and the stories that go with it — offers a glimpse of Trinidad and Tobago's society and culture. Here are a few highlights…

‘Song for a Lonely Soul’ by David Rudder

One of the most innovative, enduring and socially conscious calypsonians of all time, David Rudder and his then band, Charlie's Roots, released this song in 1989 as part of the album “The Power and the Glory”. One listener said it was a wonderful reminder of the deep connection that Trinbagonians have with their country, no matter what part of the world they happen to be, while another said the song was special to her because when she was pregnant, the baby would move whenever she played it.

‘Stomp’ by The Brothers Johnson

Listener Dominique Inniss suggested this funk/rhythm and blues classic as a “[favourite] for impromptu dancing”. There were quite a few other songs in the mix that got people to move, including David Bowie's “Let's Dance”, Earth Wind & Fire's “Let's Groove”, the energetic collaboration between songstress Destra Garcia and soca icon Machel Montano, “It's Carnival”, and — quite to Franka Philip's disdain — Sister Sledge's “Frankie”: “You can't help but sing along,” she says, “even though you hate it.”

Also great for dancing in that uniquely Trinbagonian style, “wining”, is Lord Kitchener‘s calypso classic “Sugar Bum Bum”, and Shadow's “Bassman”, both boasting mesmerising bass lines. Facebook user Anton Nimblett noted the importance of the latter “because of its place in calypso history and because it speaks so clearly [to] the burden/blessing of a creative life.”

This pick by the British funk band Jamiroquai was requested by Facebook user Q D Ross, because the lyrics always feel relevant, he says, to how he feels about the times, “plus [the] video is fire!” Other commenters shared that the song — and indeed, the whole set — was refreshingly soothing and brought back wonderful memories. Dane Mayers, a Trinidadian living in Houston, Texas, said, “I feel like I'm in a house lime [party] with a small group of very close friends.”

‘My Belief’ by Shadow

There were quite a few uplifting and inspiring songs in the mix, including “Timeless” by India Arie, Stevie Wonder's “Overjoyed”, pianist Johanna Chuckaree's instrumental version of soca star Kes’ wildly popular hit, “Savannah Grass”, and “Feel the Love”, a collaboration between Freetown Collective and DJ Private Ryan.

However, Shadow's “My Belief” holds a special place in many Trinbagonians’ hearts. In the words of rapso singer Wendell Manwarren, the song — which makes the point that internal fortitude is more powerful than external circumstances — is “simple, powerful, poetic and timeless. And that Tobago fiddle is LIFE.”

A rendition of the hymn “Sing out My Soul”, performed the the Holy Name Convent school choir and the Maria Goretti Group, was also meaningful to quite a few listeners, regardless of their religious background. Philip described it as a “comforting, universal song” that “wrap[s] you up in a comfortable blanket [and] makes you feel everything is going to be okay.”

Out of left field came a few tunes that for some unknowable reason, have always resonated with Trinidad and Tobago music lovers. “Escape” is a reminder to many of the heyday of '80s music, which was, in Philip's words, “a very harmonising time for music, [with] a lot of crossover [between] the UK and the US.”

It's a great sing-along tune, as is the late Kenny Rogers‘ “The Gambler”, which also made the cut because country music is quite popular in some parts of the English-speaking Caribbean.

‘That Girl’ by Stevie Wonder

Perhaps the most heart-warming story of the musical session came from Bianca Savary, who asked Trini Good Media to play Stevie Wonder's “That Girl”.

Speaking with Global Voices by telephone, Savary explained that her late husband, Egidio Bianco, once managed a prominent New York City restaurant that attracted a celebrity clientele. Wonder, who was one of the regulars, happened to book a table on the night of their daughter's 10th birthday, and Bianco mentioned that he'd played “That Girl” for his wife and daughter the day they came home from the hospital with her. Touched by the story, Wonder asked him to call their daughter, took the phone from him and sang her the song.

“It was so touching,” Savary said. “I was crying all the way through, but that's the type of romantic person my husband was.”

That thoughtfulness — the consideration for and connection with others — encapsulates the message that Ardene Sirjoo hoped the podcast would send to listeners. The wonderful potential of the digital space, she explained, allows us all the opportunity to give some thought to what will happen post-COVID-19, in terms of how we might move forward as a collective, and how we might treat others after such a life-changing pandemic.