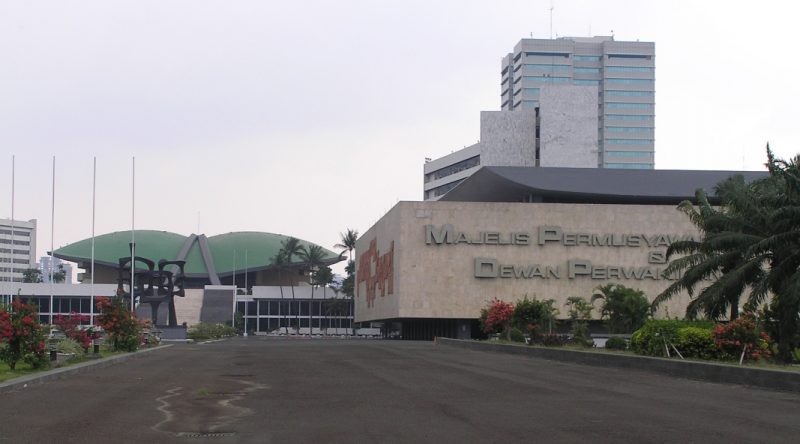 Many Indonesian internet users expressed anger over the decision of the House of Representatives (DPR) to test its 575 members for COVID-19.

Indonesia has a population of more than 260 million. As of March 25, 2020, the country has 790 COVID-19 positive cases with 58 deaths. But many believe there are more cases that are being underreported and undetected because of the low number of COVID-19 testing in communities. As of March 24, the government has only conducted 2,756 tests.

President Joko Widodo (also known as Jokowi) has been reluctant to impose a lockdown to contain the virus because of its drastic impact on the informal sector and daily wage earners. Instead, the government has been aggressive in promoting social distancing in major cities to stop the spread of COVID-19. Jokowi also ordered the massive procurement of rapid testing kits in order to be rolled out in hotspots across the country.

But as the country waits for the test kits to arrive from China and other countries, news of the DPR decision to have its members tested outraged many on social media. Members of Parliament can also nominate two or three of their family members and staff such as drivers and domestic help for rapid testing.

This infuriated many who questioned the rationale of prioritizing politicians for COVID-19 testing instead of health workers and other front liners, including those who already have symptoms of the disease.

All 575 members of parliament and their family members will be tested for COVID-19 using rapid test kits this week, House of Representatives announced. Unlike us commoners, they will be tested despite showing no symptom or having zero contact history.

As sick people across the country struggling to get tested amid shortage of medical supplies, all Indonesian parliamentarians and their families will get free Covid-19 tests.

Disgusting. This is a class war.
https://t.co/XDYgkfS0bu

Seeing all MPs and high-level govt officials get #COVID19 tested easily (even without symptoms), I feel like we're in Bong Jon Hoo's #Snowpiercer. And we're definitely not riding in the elite-occupied front trains. https://t.co/TTx38sczt5

Human rights researcher Andreas Harsono shared the sentiment of many. He told the Sydney Morning Herald:

A lot of people are angry with parliamentarians as even doctors, nurses, ambulance drivers – the people on the front lines – are not being tested. It has made people very angry. This reinforces the idea that they are selfish.

In response, DPR officials said the test kits are self-funded by its members. A party mate of the president argued that DPR members need to be tested “in order to make sure that the government runs effectively.”