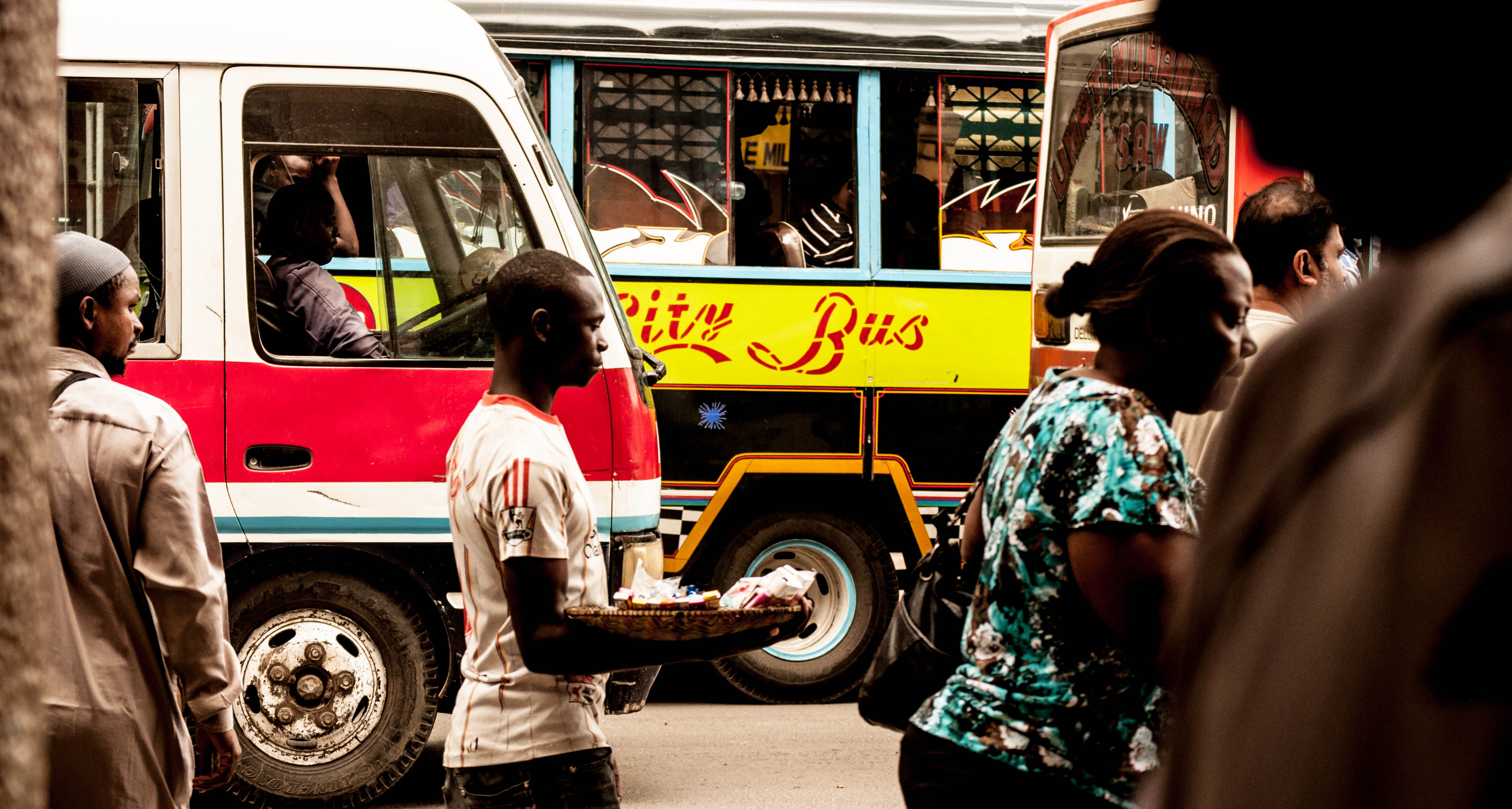 Tanzania braces for COVID-19 as the nation confirmed its first patient on March 16, 2020, with five subsequent cases [2].

The index case [3] is 46-year-old Tanzanian, Isabel Mwambapa, who traveled [4] to Belgium, Sweden, Denmark and Germany, before returning to Tanzania via Rwanda Air on March 15. She fell ill after arrival and currently remains in isolation [5] in Arusha.

Tanzania joins several African nations that have taken a wide range of strong actions [6] to slow the spread of the disease, through travel restrictions and bans [7], tracing contacts [8], handwashing and social distancing recommendations. Yet, citizens are still struggling to wade through an onslaught of communication around the virus.

The health minister tweeted an urgent message to the public “not to panic”:

#covid-19 Let's not panic. Yet, in order to protect yourself from coronavirus, it is important to comply with experts’ instructions.

This may also be the reason for the news conference held at the regional commissioner’s office in Arusha on March 18, where Mwalimu put Mwambapa on a loudspeaker [12] for her to confirm improvement, while she also apologized “for having been the first victim of the virus in the country.”

As of March 19, a total of six cases are confirmed in Tanzania [13], of which details are known for a 24-year-old German national in Zanzibar, a 61-year-old American in Dar es Salaam [14], and two Tanzanians [15] who had traveled respectively to Denmark and France, and South Africa. The latter is a popular rapper, Mwana FA, according to the BBC [16].

The highly contagious coronavirus has spread throughout Africa [17] over the last weeks. As of March 19, there are at least 635 cases [18] of COVID-19, with at least 15 confirmed deaths. There is no known cure for the disease, and though it is not necessarily deadly for healthy people, it is particularly dangerous for people with weak immune systems [19].

World health leaders have urged citizens to take extreme precautions [20] as numbers continue to climb exponentially in Europe — the current epicenter of the virus.

A speedy surge in response

In Tanzania, the government had already taken some steps before the reported index case, but this week's uptick in cases has seen a speedy surge in preventive actions which suggests a radical change [21] to Tanzanian citizens’ daily routines.

To show the gravitas of the situation, on March 16, President John Magufuli canceled [23] the esteemed Mbio wa Mwenge wa Uhuru (Freedom Torch Race) ceremony that was set to take place in April in Zanzibar, a semi-autonomous part of Tanzania.

The same day, President Magufuli also stopped his motorcade in Dar es Salaam, Tanzania’s largest city, to face a huge crowd that had gathered. Ironically, at the end of his speech, he urged [24] the crowd to “avoid large gatherings.”

Zanzibar — a popular tourist destination particularly for Italians — decided on March 7 to ban all charter flights from Italy [25], which currently has 35,713 reported cases of the virus and 2,978 deaths [26] as of March 19. Moreover, several local businesses on Zanzibar’s southeast and northern coasts (Unguja) — popular with tourists — have taken steps to slow the spread of the virus with temporary closures. [27]

On March 13, President Magufuli had also spoken [28] about the coronavirus for seven minutes at an official event, calling on media houses and religious leaders to help spread messages of prevention.

“If your journey is not absolutely necessary, don’t travel,” he said in his speech, a mandate for civil servants but remained advisory for all others.

Ministries and institutes have now been directed to postpone meetings and conferences that involve individuals from countries with high numbers of COVID-19 cases, and Tanzanians have been told officially to avoid “unnecessary travel” to affected countries.

Until March 13, COVID-19 had not been addressed in a direct manner from the level of the president or government, which is something this netizen pointed out:

Tanzania, why aren't we talking more about Corona? Where are the public health advisories telling people not to congregate or shake hands and to wash their hands with soap. How to self-isolate and report. Are we advising mosques and church goers?

At Kigoma Airport, in northwestern Tanzania, the regular health check [30] for Ebola was extended on March 14, with requests for “social distance” between passengers in line for check-in, and registration of personal traveling details.

On the peninsula, a wealthy area of Dar es Salaam, hand sanitizer was introduced when entering restaurants, and hand sanitizer sales were restricted:

Village Market, a supermarket in the privileged part of Dar es Salaam #Tanzania [31] restricts sale of hand sanitiser to 2 per person pic.twitter.com/yDD88Wc3wn [32]

As of March 17, Health Minister Ummy Mwalimu announced [34] the establishment of a National Task Force to be jointly chaired by the World Health Organization’s (WHO) country representative and chief medical officer.

Following my 16/March 2020 statement on the presence of one coronavirus (COVID19) patient in the country, the government continues to take steps to ensure the disease is quickly controlled so that it does not spread to the community. Give me the promise that each of us can take steps to protect ourselves.

In the weeks ahead of the index case, citizens had been talking about the virus within their own circles. Official authorities had not yet provided details regarding preventive measures, and the absence of an index case created a perceived exemption from the crisis among some.

On March 14, a video clip circulated on WhatsApp that encapsulated this denial, simply by rejecting its existence in Tanzania:

Other examples of disturbing communication circulated in the same genre: Pastor Josephat Gwajima preached that Tanzanians will not be affected by the virus, claiming they are protected by Jesus:

Gwajima from the “Election of Discrimination” enters the PUBLIC HEALTH ANNOUNCEMENTS OF CORONA! He says TZ doesn't have corona and it won't enter and there are people who believe him.

The emergence of the virus in Tanzania has led to a flurry of reactions on social media, where netizens have expressed fear along with practical information.

On March 16, Mohammed Dewji, a Tanzanian former member of parliament, businessman and philanthropist tweeted a photo of himself with a mask, though it is unlikely to be fully preventive — nor a solution for the many:

Tomorrow when I walk into the office with hand sanitzers and mask ? #CoronaReady are you?

On March 17, Elsie Eyakuze repeated the advice provided by the Ministry of Health given on WhatsApp:

#Corona news and how to avoid infection has been provided by the Ministry of Health, I have received information via WhatsApp I cannot put them all here. Important: 1. Go to any health center. The doctor who will see you will then know if… 1 /? 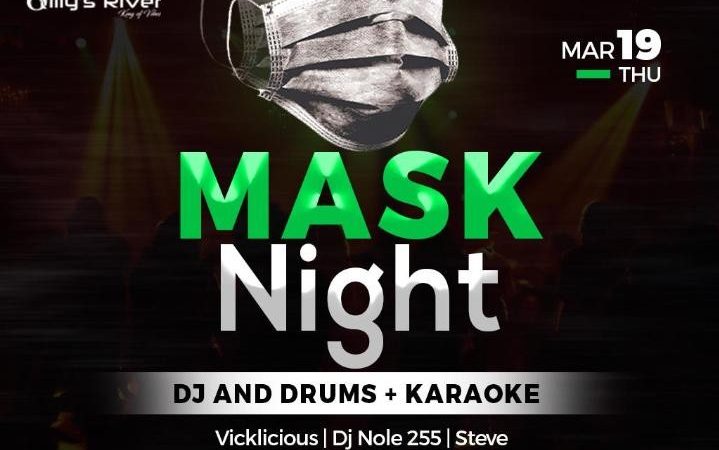 Despite the government's calls for strict social distancing, this poster circulating on social media advertises a “mask night” party in Arusha, Tanzania, to “united against corona.”

Creating awareness while at the same time providing citizens with realistic solutions is, however, a tremendous challenge — especially how to communicate WHO's advice for tackling the virus via handwashing and social distancing.

The Citizen [21], on March 18, pointed out the major challenge of telling people to avoid crowds in Dar es Salaam as they commute to and from work.

How can citizens practice social distancing and handwashing in places where the majority live in areas with congested housing and poor sanitation? [48]

Editor's note: Thanks to Peter Bofin for contributing to this reporting.