Muhammadu Sanusi II refused to play by the book. 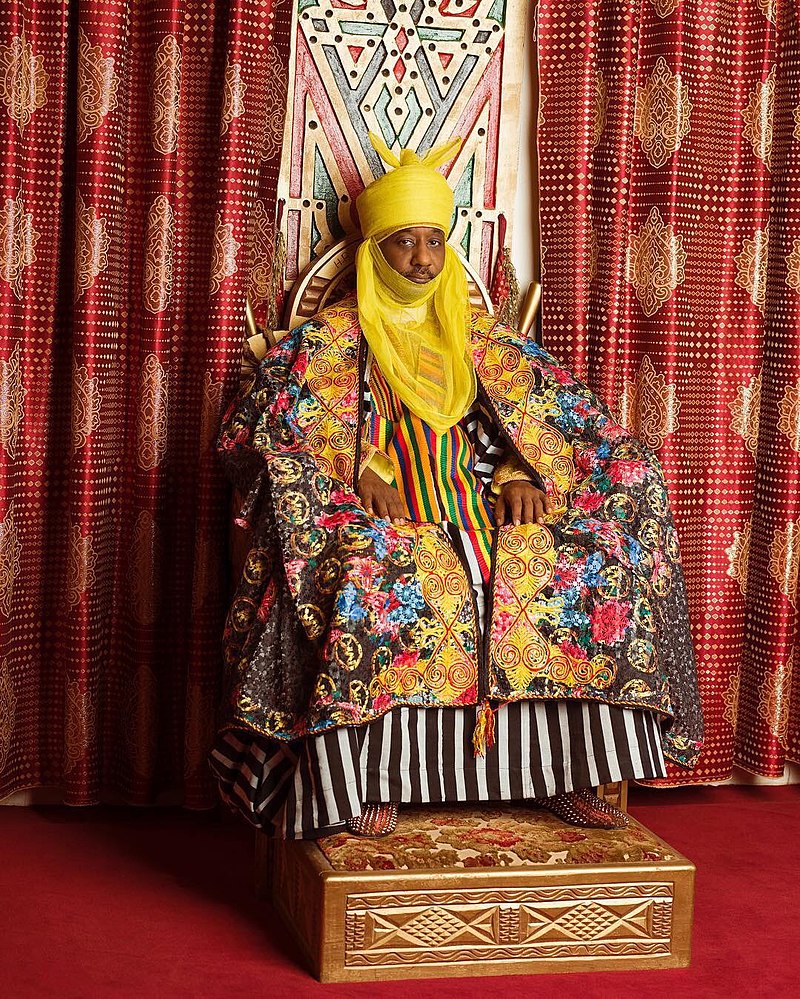 Muhammadu Sanusi II, the 14th emir (king) of Kano was on March 9 dethroned by Governor Abdullahi Ganduje of Kano State, in northwestern Nigeria.

According to reports by the Nigerian Guardian newspapers, the former emir was dethroned by a unanimous vote by the Kano State Executive Council.

The Kano State Emirate Law 2019 divided Kano into five independent kingdoms. However, a Kano court had on November 2019 nullified the Emirate Law because it “was faulty and did not follow due process”.

Sanusi accepted his unseating from the throne as the “will of God,” according to the BBC.

Aminu Ado Bayero has been appointed as Sanusi's successor by Governor Ganduje:

Breaking: New Emir announced. Emir of Bichi, Aminu Ado Bayero announced the new Emir of Kano. The announcement was made by the SSG few hours after the removal of Muhammadu Sanusi II. The appointment takes immediate effect according to the SSG.@GovUmarGanduje | @NGRPresident pic.twitter.com/gcO79xcNCJ

Following his sacking, Sanusi was immediately banished to Awe, a town in the backwaters of Nasarawa State, north-central Nigeria. Sanusi challenged his banishment and on March 13, a court sitting in Abuja, Nigeria's capital, ordered his release from “post-dethronement detention and confinement,” according to Premium Times.

The deposed emir left Awe that same day in the company of his friend, Kaduna State Governor Nasir El- Rufai.

The deposed Emir of Kano, Sanusi Lamido Sanusi, on Friday led juma'at prayers at the Awe Central Mosque, in Nasarawa. He was accompanied by Kaduna Governor Nasir El-Rufai.
In this video, he can be seen heading to the mosque.⁣
Credit: Abel Daniel#SanusiLamidoSanusi #NasirElRufai pic.twitter.com/SmDUgbITll

Writer Gimba Kakanda commented that the emir — “the man we fell in love with” — is a public intellectual and that can't be taken away from him.

The man we fell in love with is called Sanusi Lamido Sanusi, and what’s made him the darling of the progressives is his characteristic public intellection. You can never take that away from him. There’s always a price to pay for refusing to play by the book of the Establishment. pic.twitter.com/ZLWTl1tJgO

The politics behind Sanusi's enthronement and deposition

Sanusi’s accession and his later dethronement as emir are both linked to a nerve-wracking politics in his home state, Kano. Consequently, “Sanusi’s emirship was molded in the crucible of partisan politics and was dissolved in it,” writes Farooq A. Kperogi, in an op-ed in the Nigerian Tribune.

Reuters reported in February 2015 that a senate committee that investigated the allegation discovered that “Sanusi’s account lacked substance.”

At the time of Sanusi’s suspension, the Peoples Democratic Party (PDP) was the ruling party while the All Progressive Party (APC) was in opposition.

The then-governor of Kano State, Rabiu Musa Kwankwaso (an APC member at the time) appointed Sanusi as the emir of Kano, to spite the ruling party over missing oil funds and subsequent sacking:

Kwankwaso appointed Sanusi as the emir in 2014, toward the end of his eight-year tenure as governor of Kano State. Kwankwaso's deputy, Abdullahi Umar Ganduje, succeeded him as governor in 2015.

Then things fell apart between Kwankwaso and Ganduje. Sanusi was caught in the middle of the battle between these two politicians.

The two rivals have engaged in a political battle of attrition. Ganduje revoked all Kwankwaso’s projects that he started as governor. This bitter rivalry became more pronounced because Kwankwaso resisted Ganduje's reelection bid for a second term during the 2019 elections.

Sanusi supported Kwankwaso’s favored candidate, Abba Kabir, during the 2019 election. Since then, Ganduje has expressed hostility toward Sanusi for supporting his rival.

In May 2019, Ganduje divided the ancient Kano kingdom into five independent kingdoms in an act of perceived revenge against Emir Sanusi’s partisanship:

In June 2019, Ganduje, through the Kano Public Complaints and Anti-Corruption Commission, further investigated Sanusi “for financial scandals that date back to 2017.”

On March 6, a court in Kano granted an order restraining the Kano Public Complaints and Anti-Corruption Commission from further investigating Emir Sanusi.

The Nigerian Guardian reports that the court directed a suspension of “any attempt by the commission or anyone acting on its behalf pending the hearing on 18 March 2020.”

Sanusi's grandfather, Muhammadu Sanusi I, was the 11th emir of Kano from 1953 until 1963 when he was deposed by the Premier of Northern Nigeria, Sir Ahmadu Bello.

History has repeated itself…
In the year 1963, the Emir of Kano Sir Muhammadu Sanusi I was ovethrowed as a result of power struggle between him & Ahmadu Bello.

Hence, Muhammadu Sanusi II’s ascension to the throne “51 years later” was interpreted as “a vindication of his grandfather,” writes Mahmud Jega in the Daily Trust.

The deposed emir was very vocal on social issues like poverty and malnutrition in northern Nigeria.

The video that cost Emir Sanusi Lamido Sanusi his throne. In his speech, he touches area he ought not to ventured into. The very areas some elites are comfortable with. pic.twitter.com/FxuFisFNJk

#BREAKING News. this is the speech that makes Ganduje to remove Sanusi as king of Kano in case you missed it.. pic.twitter.com/uLzyzwrInx

Sanusi was known to speak out about various social ills faced by Kano residents. The United Nations Children's Fund asserts that children in northern Nigeria are significantly malnourished and The World Bank states that 87 percent of all poor Nigerians live in the north.

Sanusi is a progressive northern intellectual, albeit with a penchant for being provocative. 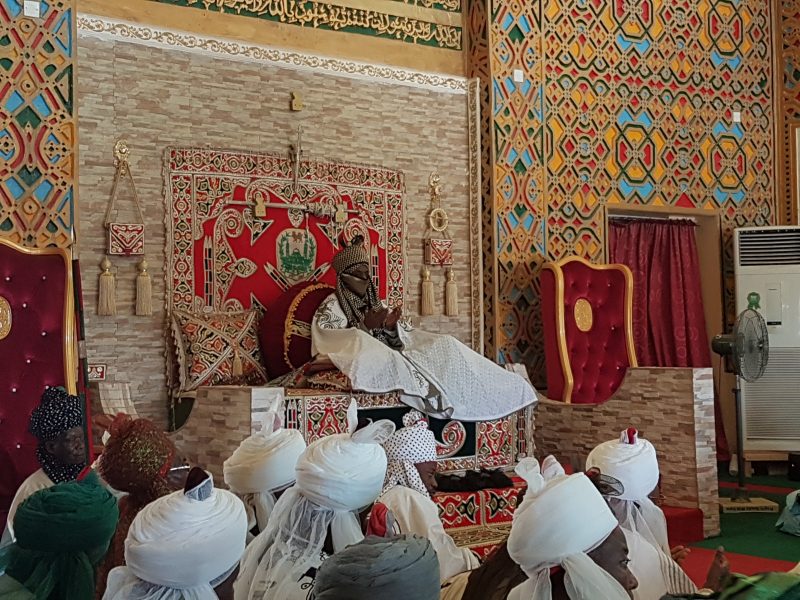 The emir of Kano on his throne, September 2016. Photo by Don Camillo DonCamillo via Wikimedia Commons: CC BY-SA 4.0.

In 2017, Sanusi broke protocol by having his daughter Princess Shahida Sanusi represent him in a public event, the first time a woman stood in for a King from Northern Nigeria.

In that lecture Shahida Sanusi stated that her father was not afraid of saying the truth even though it may cost him his throne:

“My father is not afraid of giving up his throne if it stands in the way of speaking the truth. Those who think that my father would keep quiet because he wants to hold on to his throne, I think they don’t know my father… ~ Shahida Sanusi, 2017. pic.twitter.com/o9s2f9zQJF

Farooq A. Kperogi in an op-ed in the Nigerian Tribune newspapers stated that Ganduje dethroned Sanusi as emir of Kano “because he couldn’t stomach the former emir’s disapproval of the electoral fraud that brought him to power.”

The former emir's principled stance did not go down well with the political establishment in Kano who clipped his wings and ended his reign.