A nation goes online, its politics thaws; its language thrives 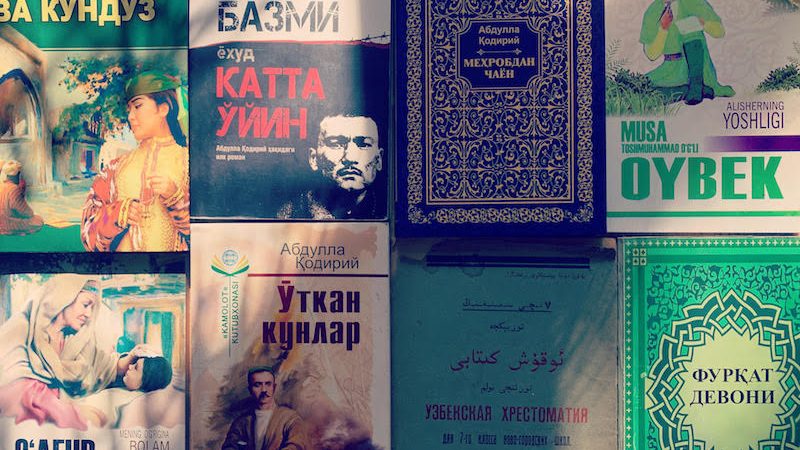 Classics of Uzbek literature in the Cyrillic and post-Soviet Latin alphabets, with a 1926 textbook using the Arabic alphabet. Photo (c): Filip Noubel, used with permission.

Written in three alphabets and spoken across Central Asia by 35 million people, Uzbek is the second most widely used Turkic language after Turkish. It is also the sole official language of Uzbekistan, Central Asia's most populous country which has recently shown timid signs of opening up after decades of self-imposed isolation. Writers and language lovers alike are cautiously optimistic that Tashkent's thaw bodes well for the Uzbek language — which is now spreading its wings online.

Uzbeks are a Turkic nation with nomadic origins which explains why the use of the language is widespread across different nation-states of modern Central and Inner Asia. While Uzbek is a Turkic language, it has many loanwords from Mongolian, Persian, Arabic and Russian, and distinct among the Turkic languages because it lacks vowel harmony. Its closest relative is the Uyghur language, with which Uzbek is partly comprehensible.

In Uzbekistan itself, Uzbek is the mother tongue of approximately 27 million speakers out of a total population of 32 million. While there is a standardised form of Uzbek, local dialects are prominently used, which sometimes complicates communication as these regional forms are also influenced by neighbouring languages, retaining specific phonetic properties and vocabulary. During Soviet rule (1917-1991), Russian had official status on par with Uzbek but the two languages were far from equal. Russian was considered the language of social advancement, leading Uzbek elites as well as ethnic minorities to disregard Uzbek. Since independence, this trend has reversed: most of the country's non-Turkic ethnic minorities (Tajiks, Russians, Ukrainians, Koreans, and Germans) speak Uzbek more fluently, particularly younger generations.

In neighbouring Afghanistan, nearly four million Uzbek speakers can be found. The language has official status in the northern regions where most ethnic Uzbeks live. Significant numbers of ethnic Uzbeks also live in states whose territories once formed the historical homeland of Central Asian Turkic peoples: one million in Tajikistan, over 900,000 in Kyrgyzstan, nearly 600,000 in Kazakhstan, and around 300,000 in Turkmenistan. Uzbeks are also one of the 56 officially recognised ethnic minority groups in China.

Whether written “o'zbek tili”, “ўзбек тили”, or “اوزبیک تیلی‎ “, it all means “Uzbek language.” During the many political upheavals in Central Asia, new rulers appeared with new ideas — imposing their own scripts on the local population. 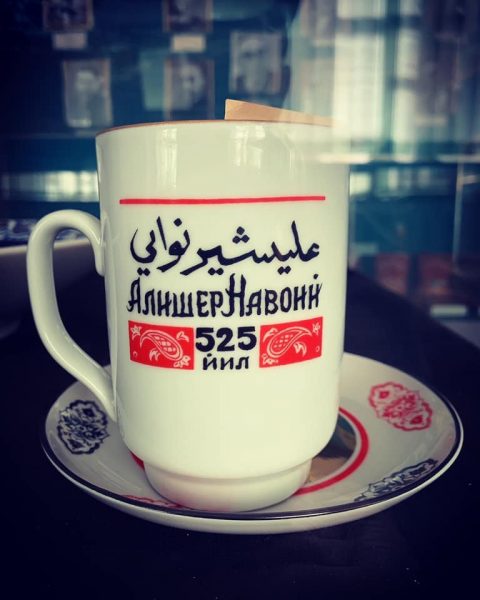 The traditional and longest-used script for Uzbek is Arabic, which entered use in the eighth century, given the adoption of Islam and the integration of Uzbek culture into the Arabo-Persian world. Today, this alphabet is still used by ordinary Uzbek speakers, public officials, and media outlets in Afghanistan and China. It persisted in what is now Uzbekistan for the duration of Russian Imperial rule.

But when the Soviets established control over Uzbekistan, they sought to mark a clean break from old religious and cultural ways, to usher in a new secular Uzbek identity fit for communist modernity. A Latin alphabet for Uzbek was introduced in 1928 and used until 1940. It was then replaced by the Cyrillic alphabet, representing another U-turn in the Soviet utopian view: namely, that all citizens would speak Russian first and foremost.

Independence brought more alphabetic upheavals. In 1991, another Latin alphabet was introduced for Uzbek to signify a rupture from the Soviet past. This reform is still ongoing as several versions of the newest Latin alphabet are being tested, introduced, and contested. The latest reform dates from May 2019.

Today, the old Cyrillic alphabet is still widely used in Uzbekistan, and can be seen on street signs, advertisements, and in bookstores, television screens, and online content. Nevertheless, the government enforces a policy of maintaining all official documents and online communication in the Latin alphabet. In any case, Cyrillic still dominates among ethnic Uzbek communities in neighbouring Kazakhstan, Kyrgyzstan, Tajikistan, and Turkmenistan.

While Wikipedia has only over 130,000 articles in Uzbek (allowing users a choice between Latin and Cyrillic scripts), a modest political thaw since the death of former president Islam Karimov in 2016 has led to an explosion of social media content. Platforms such as Facebook, Telegram, and Instagram have become leading sources of information (and disinformation), entertainment, and social interaction, modifying language and expression:

In Uzbekistan, when parting with a good friend, it is customary to say “gaplashamiz” or “telefonlashamiz”. In translation, this means “let’s talk again” or “we will call each other.” Increasingly, however, Uzbeks are saying “telegramlashamiz” to one another: Let's talk on Telegram.

Bloggers and vloggers have also emerged, some of whom now have hundreds of thousands of followers. A particularly vibrant place for the Uzbek language on social media is in the intersection of poetry and song. These lyrics often serve as social commentary on a vast array of social issues, sometimes using the allegorical language of poetry as a way to bypass the political censorship which persists, despite the thaw.

Literature is also a new avenue for the expansion of Uzbek, offering new opportunities for a two-way cultural exchange. Long ignored by foreign audiences, Uzbek literature is finally being translated, published, and discovered by global audiences in English. The relaxation of censorship and liberalisation of the publishing industry also means that more non-Uzbek literature is being translated, published and circulated on- and offline, challenging the norms of standard Uzbek.