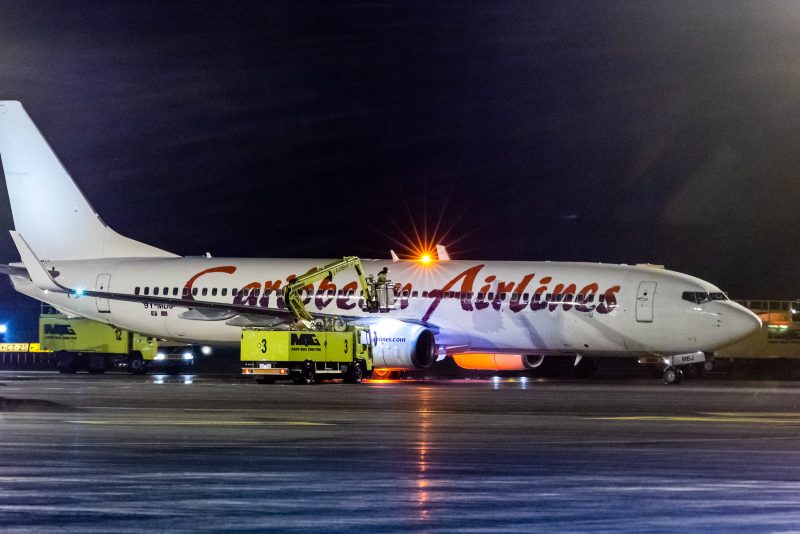 Compared with the mounting numbers of coronavirus cases [3] in other countries, four patients [4] testing positive for COVID-19 might not seem like a lot, but the government of Trinidad and Tobago is taking no chances. In a press conference [5] that began just after 11 a.m. local time on March 16, 2020, Prime Minister Keith Rowley explained his administration's strategy in dealing with this pandemic: avoid levels of infection that could overwhelm the health care system.

Calling the current situation one of “crisis” and “emergency” (albeit “temporary”), and making the point that there will be no solutions without inconvenience, the prime minister informed the country about additional mitigation measures that have been put in place.

The most drastic of these — and perhaps the most essential — is the decision to close the country's borders [6] to everyone but Trinidad and Tobago nationals for 14 days starting from midnight local time on March 17. Any exceptions to this rule would require authorisation from the Ministry of National Security, and all nationals re-entering the country will also be required to self-quarantine for 14 days.

Additional measures include the immediate closing of all bars and dining-in restaurants, though establishments will still be allowed to provide curbside delivery. Gathering in groups of more than 25 people is strongly discouraged, with the prime minister making the point that people should opt to take responsibility and follow the recommended guidelines, rather than having to be in a situation where measures have to be enforced. “Personal conduct,” he explained, “plays a major part” in the success of the government's efforts to contain the spread of the illness.

Roman Catholic and Anglican churches in Trinidad and Tobago have discontinued masses for the foreseeable future, and the government is asking other the leadership of other religious denominations to follow their lead and halt religious observances attracting large groups of people. Explaining that the health authorities are trying to create a secure national environment, Rowley lamented, “Why do we have to be beaten over the head to do the common sense thing to save our lives?”

Though all schools will remain closed until April 20, 2020, online learning is encouraged, since, in the prime minister's words, “We are not stopping our existence, we are responding to a challenge.” The nationwide school closure will naturally affect thousands of students who have been preparing for various examinations, with the most immediate casualty possibly being primary school students who are due to sit the Secondary Entrance Assessment (SEA) exam on April 2.

The government is also seeking ways in which to continue the School Nutrition Programme [7], which provides vulnerable students up to secondary school level with breakfast and lunch on weekdays. For many children, these school meals are their most substantial, and in some cases, the only ones in the course of a day.

Stressing that the government's role is to protect citizens, their families and jobs, businesses, the economy and the country, Dr. Rowley said that the government would, very likely, be forced to draw from the Heritage and Stabilization Fund [8]. The money in this sovereign wealth fund is essentially the country's nest egg capital, and current laws dictate [9] that any fund withdrawals are to be made at the end of a financial year. Legislation will need to be passed to make an exception under the circumstances. “We can't wait,” Prime Minister Rowley said. “We don't have time. We're in a crisis.” The country's fiscal year [10] runs from October 1 to September 30.

Another major initiative that's being proposed by the Ministry of Labour is the institution of a new category of time off from work called “pandemic leave [11]“, designed to specifically address the need to be absent from jobs to deal with situations occasioned by the COVID-19 outbreak. Chief Personnel Officer Darryl Dindial explained, “Anybody who doesn't qualify for extensions of sick leave or if you are a contract officer and you do not qualify for leave of absence on the grounds of illness, you could qualify for pandemic leave.”

With schools closed, if parents who need to stay home to take care of kids can take pandemic leave, without being penalised by their employers. Pandemic leave would apply to public officers (whether they are on contract or not), fixed- and short-term employees, on-the-job trainees, daily paid workers, freelancers, and new employees who have been working less than a year. However, some are already complaining [12] that they do not have the means to give employees an undetermined amount of time off with full pay.

The general tone of the press conference, however, was one of “We're all in this together.” Banks and insurance companies, it was revealed, will be asked to “share the burden” by agreeing to deferrals for certain clients who might not currently be able to honour their commitments. Credit card interest is another area under discussion.

There is no doubt that these new restrictions will be a bitter pill for many Trinbagonians — typically a sociable people — to swallow. But the prime minister warned that the consequences will be grave if people do not adhere to the guidelines. Using the burgeoning number of COVID-19 cases in Italy as an example, Rowley warned, “There but for the grace of God go Trinidad and Tobago.”

Update: At approximately 8:30 p.m. local time on March 16, 2020, Trinidad and Tobago’s Ministry of Health confirmed that a fifth person has tested positive for COVID-19.