Life in the time of COVID-19: Jamaicans adjust their lifestyles as country records second case 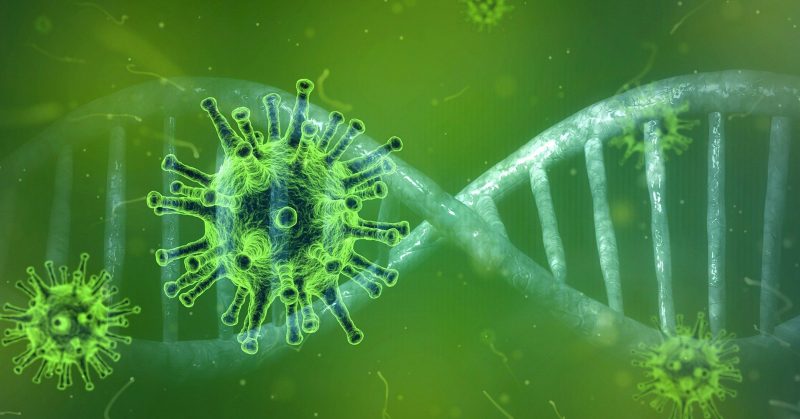 When British Airways flight number 2263 touched down in Jamaica on March 4, 2020, it brought with it Jamaica’s first case of COVID-19, via a woman arriving from the United Kingdom to attend a family funeral in Jamaica. She had already unknowingly been infected with the virus when she travelled. Feeling unwell, she eventually saw a doctor on March 9. On the morning of March 10, the Ministry of Health and Wellness confirmed that the woman has been in isolation since the diagnosis.

On March 11, a second case was confirmed and involves an employee at the United States Embassy in Kingston, who had recently returned from the United Kingdom.

The embassy closed for business on March 11 and in a press release, declined to release further patient details for privacy reasons. The statement noted that the embassy was “in the process of sanitizing the premises to prevent a further outbreak,” and that it would not provide routine services until further notice:

BREAKING: Some US Embassy Staffers in the Consular Section have been advised to self quarantine for the next 14 days.

The 2nd case is a Jamaican female who's an employee at the Consular Section of the Embassy.

Meanwhile, the Ministry of Health and Wellness, which is seeking to trace all contacts of the first case, appealed:

IMPORTANT NOTICE: If you traveled to Jamaica to the Norman Manley International Airport on Flight BA 2263, please make contact with us urgently.

As of March 12, according to health officials, 39 people are in quarantine at a government facility and eight people are quarantined at home. Additionally, twelve are in isolation at government facilities (including those two who are confirmed as positive) because they have been displaying symptoms that could indicate the presence of the virus. The test results for these isolated patients are expected to be released shortly. To date, 296 travellers have been declared “persons of interest,” with 65 being denied entry to the island by officials.

The virus has seriously affected global travel and by extension the Caribbean region’s fragile tourism product — in particular, the cruise ship industry. The first case was reported in the Dominican Republic on March 1.

News has quickly followed that the territories of Guyana (where a traveller from New York has reportedly died); St. Vincent and the Grenadines, Cuba and Trinidad and Tobago have recorded their first cases, all carried through travellers — putting some Jamaicans distinctly on edge.

Now that the virus has arrived in Jamaica, its impact on citizens is tangible. Kingston’s vibrant cultural scene, for instance, is grinding to a halt. “We’re a very sociable people,” observed one health official during a live social media chat on the evening of March 11.

This is, perhaps, an understatement. With numerous entertainment events and parties planned for the busy pre-Carnival season in Jamaica, scheduled for April 16 to 22, Prime Minister Andrew Holness announced at an emergency press briefing on March 11 that large gatherings usually requiring a permit will be banned for the next two weeks.

Jamaica Carnival, which is growing in popularity and attracts large numbers of overseas visitors, might be the next to fall victim to the virus.

A string of events has already been postponed, including the country's annual Champs athletics championships, which are hugely popular. The country has also banned school athletics teams from attending this year's Penn Relays, held in Philadelphia, Pennsylvania, in the US.

As of March 13, schools across Jamaica will be closed for 14 days, although the government reserves the right to review its decision in 10 days. The University of the West Indies’ Mona campus will also be closed until after Easter.

Social interactions in the region are therefore being forced to change as per World Health Organization recommendations such as “social distancing”. Jamaicans — usually a demonstrative people — are now backing away from hugs and kisses when greeting each other, prompting humourous social media posts:

Prime Minister Holness also made a show of sanitising his hands before a press briefing:

#NOW Tune in to @Nationwideradio as we stream the emergency media briefing from #JamaicaHouse. pic.twitter.com/cERNAZbywY

Despite the anxiety, there has been praise for the Jamaican government’s management of the COVID-19 pandemic so far. The country's health ministry has, in recent weeks, made extensive use of both traditional and social media platforms, including Facebook live streams and almost daily in-person media briefings.

One Twitter user couldn't resist comparing the Jamaican government’s approach to that of the US:

My little sh*thole country is handling this crisis management so much better than the USA and I'm just so proud ?

Another was commendatory, even coining a new hashtag:

The government of Jamaica is governing. Very good. #onelove ??#lifeinthetimeofcovid

With a general election date likely to be called in 2020, the Holness administration's handling of the COVID-19 crisis may bode well politically if done well. For now, though, politics is on the back burner as Jamaica and its neighbours primarily focus on staying healthy.