In shooting for the stars, this Trinidad & Tobago linguist highlights how language connects us

"These are Creole, Trinidadian, Caribbean, American words"; Part 1 of 2 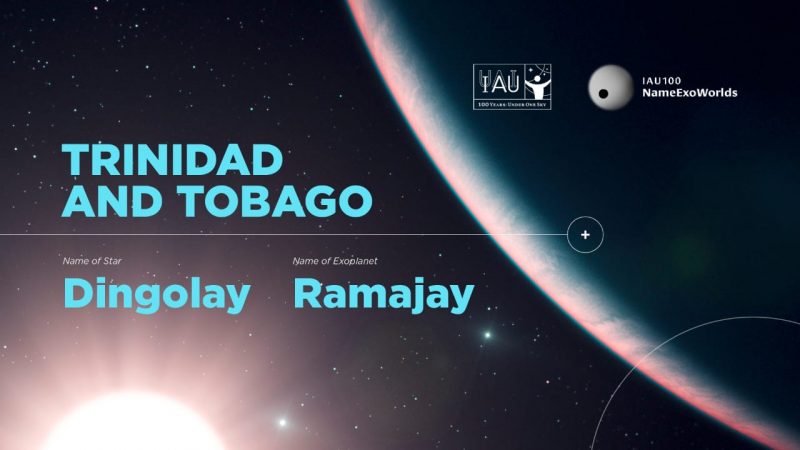 It would be a pretty cool thing to name a celestial body. Linguist Jo-Anne Ferreira can now add that distinction to her list of qualifications, ever since she won the Trinidad and Tobago segment of a global competition hosted by the International Astronomical Union (IAU), the authority charged with assigning designations to astronomical elements like stars and planets.

To mark the IAU's 100-year anniversary, the worldwide campaign was aimed at finding a pair of names — connected by a common theme — for an exoworld (the combination of a star and an exoplanet), which will become its official name (apart from its scientific designation) and would allow other planets, should more be discovered in the future, to be named after the same theme.

Ferreira's winning names for the new star and its co-relating exoplanet are Dingolay and Ramajay. Dingolay means “to twist and turn”, and Ramajay means “to sing”. Together, they represent Trinbagonians’ love of their culture and a respect for the languages of their ancestors.

After a nationwide call for name suggestions, ten finalists were chosen for the NameExoWorlds competition. The general public was encouraged to vote on their pick for the names of Trinidad and Tobago’s official exoplanet and its host star.

Shirin Haque, senior lecturer in astronomy at The University of the West Indies’ St. Augustine Campus and National Outreach Coordinator for the IAU, called the contest “a first in the history of astronomy for Trinidad and Tobago to have an opportunity to be immortalised among the stars.”

Ferreira's win was announced by the IAU in December 2019, and she's been rather busy ever since, not just with her new exoworld, but with her usual workload as senior lecturer in linguistics at the University of the West Indies.

When we finally got a chance to chat — quite fittingly after Trinidad and Tobago Carnival, since the monikers she proposed have cultural significance — it became apparent that her extensive knowledge of language played a key part in her name selections.

In this first installment of a two-part interview, Ferreira shares how language connects us all. 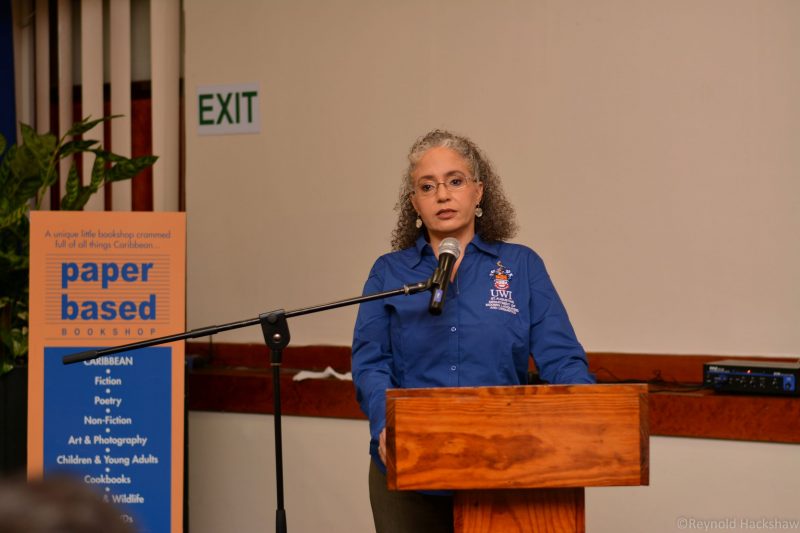 Dr. Jo-Anne Ferreira, senior lecturer in the Department of Modern Languages and Linguistics at The University of the West Indies’ St. Augustine campus. Image courtesy Dr. Ferreira, used with permission.

Janine Mendes-Franco (JMF:) Congrats again on this amazing accomplishment! Does it feel any different now that the fanfare has died down a bit? Has the magnitude of having been responsible for naming something in the universe properly sunk in?

Jo-Anne Ferreira (JAF:) Thank you, and mèsi [Creole for “thanks”] to Dr. Shirin Haque and her team, and to all those who shared my taste [in names] and voted for me. Congrats to my fellow finalists as well. It’s still amazing to me that we were even given a chance to be part of this historical naming campaign in the first place.

We [Trinidad and Tobago] were the only ones in the English-official Caribbean to participate. The only other Caribbean territories were Aruba, Cuba, the Dominican Republic, Haiti, and Puerto Rico. As far as I know, our names are also the only Patois or French Creole names [not to be confused with Jamaican Creole, also called Patois], and the only Caribbean Creole names at all. And if more celestial objects are found, we can continue to add more Trinbagonian names to the heavenlies.

The best part for me is this scripture verse: “He determines the number of the stars and calls them each by name” — so I’m still star struck.

JMF: What inspired you to enter the contest in the first place? Are you an astronomy buff?

JAF: I’m interested in our languages, words, naming/names, etymology, and language history. I am not an astronomy buff, though, of course,  I stand in awe of the universe.

JMF: Explain the rationale behind your name choices, the connectivity between the two words, and their meaning/resonance for Trinbagonians — linguistic, cultural and otherwise.

JAF: We are a linguistically and culturally creative and complex people. The names I chose speak to our passion, our joie de vivre and our creativity. They roughly mean “to dance” — dingolay — which we do very well, with so many genres and of so many origins, with dancers having gone to China, to the United States and Canada, and “to sing” — ramajay — which we also do very well, with prize-winning singers from here to Germany to the United States and around the world.

Dingolay is a fascinating word and may have two origins, a possible convergence of Koongo and French, and has found its way into tassa drumming. It’s the name of a tassa hand drawn directly from dholak rhythms. I would call that a true Trinbagonian word.

Ramajay is a particularly beautiful, poetic verb describing the chirping or warbling of a bird. It’s a French word, ramager (same pronunciation except for the ‘r’, as in “ramaˌʒe”, now rare and archaic. We’ve preserved it and catapulted it to the stars.

A Martiniquan colleague wrote about the words, which was very gratifying to me.

JMF: Not everyone was pleased with the winning names though. You received some online criticism about your name submissions, including comments suggesting that they were pandering to “Carnival culture,” were ethnically exclusionary or were “sexually explicit.” How do you respond to the naysayers?

JAF: If we knew our history, then we would know where we came from and would have fewer identity issues. Our 10 Amerindian nations were not ignored, as some naysayers felt. Our First Peoples are known to speak Patois, our first island-wide lingua franca. We can learn from the lessons of losing our Amerindian languages, and try to save just one more national heritage language.

A bird’s warbling does not originate in Carnival, and Carnival has all types of dance movements, including dingolaying.

Because Carnival is a festival, dancing and singing must be involved. Any word can undergo semantic change, such as generalisation or specialisation –including amelioration and pejoration — metaphor, and much more. Words can have seasons in their life span, and if users find that a particular word can adapt well to another context, then so be it.

So, chacun à son goût [“to each his own”], basically. I myself am not a lover of Carnival per se, but in any case, no one can deny the beauty and the creative and mesmerising genius of our people, which are second to none.

Look out for Part 2 of this post, in which Ferreira takes a deep dive into the roots and ever-evolving fluidity of language, shares a few exciting projects and explores how linguistics and astronomy are tied together.