A brief ban was imposed on two Malayalam TV channels 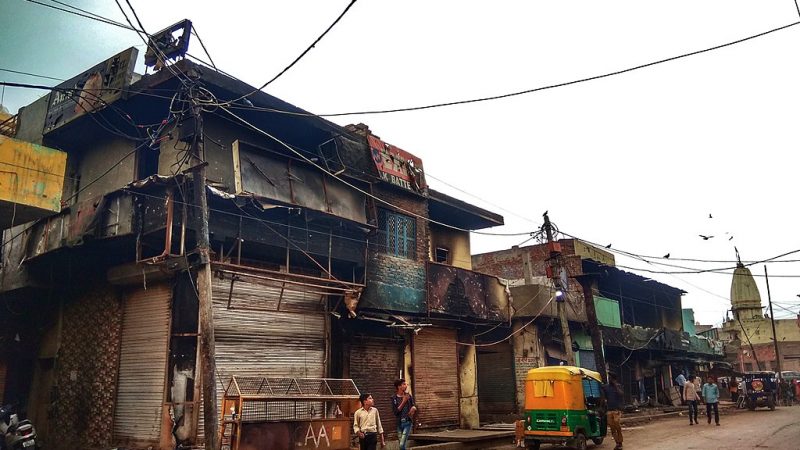 During recent riots in Delhi, the India government resorted to imposing restrictions on the media. It imposed a 48 hour-ban on two TV channels it imposed for ‘siding towards one community’ during their coverage of the riots, before reversing its ban within 24 hours. There were also reports that India's largest streaming service, Hotstar, censored an episode of ‘Last Week Tonight with John Oliver’, which was critical or Prime Minister Narendra Modi and his policies.

Also, there have been cases of self-censoring contents in the context of the government's warning not to air contents that are anti-national and can incite communal violence.

Fifty-three people, mostly Muslims were killed and hundreds injured, while mosques, houses, shops were destroyed in riots in North East Delhi between 23 and 26 February 2020. The mainstream narrative is that both the Hindu and Muslim communities participated in the violence against each other over the controversial Citizenship Amendment Act (CAA). However, the journalists who covered the incidents from the field and eyewitnesses blame the violence on ‘outsider’ mobs.

The police failed to prevent the riots, while there were reports that some encouraged pro-CAA activists to attack opposing demonstrators. Some journalists were forced to delete pictures and videos they took of the riots.

Protests spread across India after the Indian government enacted the Citizenship Amendment Act (Bill) on December 12, 2019, which provides a path to Indian citizenship for illegal migrants of a number of religious minorities except for the Muslims. In association, many top ruling party leaders, including Home Minister Amit Shah, proposed to enact a National Register of Citizens (NRC) and Muslims fear that they will end up in detention centres being built in Assam and other states. Since December 4, 2019, 65 people have been killed in the anti-CAA/NRC protests across India, with over 175 people injured and over 3000 arrested.

On February 25, the Ministry of Information and Broadcasting asked all private satellite TV channels not to air any content that promotes ‘anti-national attitude’ and which is “likely to encourage or incite violence’’.

On Friday, March 6, 2020, the Indian government banned Asianet News and Media One, two Malayalam news channels for 48 hours for their coverage of the violence in North East Delhi. The Ministry's order alleged that the two channels appeared to have covered the violence in a manner that “highlighted the attack on places of worship and siding towards a particular community”.

The order claimed that “such reporting could enhance communal disharmony across the country when the situation is highly volatile”.

In the order for Media One, the ministry said the “channel’s reporting seemed to be biased as it is deliberately focusing on the vandalism of the CAA supporters”. And also, the “Channel seems to be critical towards Delhi Police and Rashtriya Swayamsevak Sangh (RSS)”.

MediaOne TV responded in a statement saying that “this is a blatant attack against free and fair reporting’’ and vowed to fight legally against such order.

Statement issued by MediaOne TV reacting to 48 hour ban imposed on the channel over its reporting of the Delhi violence. #India #PressFreedom pic.twitter.com/qzWGPLqa1P

CL Thomas, the Editor-in-Chief of Media One mentioned that such ban is unprecedented in the history of India and “the decision to bar TV channels is a warning to all media houses in the country that they should not criticise the government.”

The Indian government and Delhi police should focus on actual measures to stem the violence taking place in the city, instead of censoring news outlets and journalists for reporting on the riots.

The Wire reported on February 26, 2020, that Hotstar, India's largest premium streaming platform may have censored an episode of comedic talk show ‘Last Week Tonight with John Oliver’, which criticized Prime Minister Narendra Modi and the CAA. The show is aired in the United States on the HBO network, and many Indian viewers watch the series on the Hotstar streaming platform, which is owned by Disney. The report quoted Bloomberg in confirming that the episode was blocked in India. The episode, which aired on February 23, is available on YouTube.

A good example of how illiberal regimes can generate pressure for private-sector self-censorship. “An episode of John Oliver’s show that criticized Prime Minister Narendra Modi has been blocked in India by Hotstar, the local platform run by Walt Disney Co” https://t.co/VwMT4nmNzH

Increased attack on freedom of speech

Kuwar Singh at Quartz India mentioned that social media censorship in India. As per a brief by the Ministry of Electronics and Information Technology to the parliament of India, the Indian government asked social media platforms to take down 3,433 URLs between January and October 2019, a fivefold increase since 2016.

Social media censorship has become a normal thing in India. There is no judicial or citizens’ oversight. We need a critical review of internet censorship in India to set the ground rules to balance the objectives of security and free speech. https://t.co/VzIOYXFSId

The Wikipedia article on the riots has been criticized by the right-wingers who termed it ‘biased’ and a senior wikipedia editor got personally attacked.

Right-winger netizens also criticized the coverage of the international mainstream media on the violence.

Ministry of Information and Broadcasting: Ban BBC, Al Jazeera, and WSJ from Cable TV Network and Internet – Sign the Petition! https://t.co/BTSe4MoZ3f via @ChangeOrg_India

Read our special coverage: Who is paying the cost of India’s declining democracy? for more details on the protests against the citizenship law in India.