Will the new Yorùbá orthography become mainstream in the future? 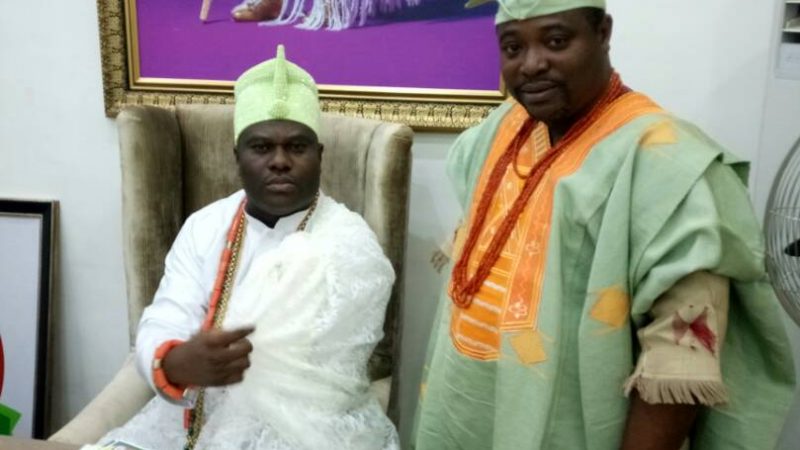 The distinct alphabet came to him through divine inspiration in his dreams, according to Chief Ògúntósìn in a Whatsapp interview with Global Voices. He now travels across Yorùbáland — spanning Benin to Nigeria — to promote his “talking alphabet” as sent to him by his ancestors.

Chief Ògúntósìn believes that this alphabet was used by Odùduwà, the father of the Yorùbá people, in ancient times — but was lost. There are 25 symbols in all.

African linguists assert that if Africa is to grow, it must have its own orthographies or writing systems. A civilized and ancient Niger-Congo language like Yorùbá should not rely on a borrowed orthography to encode its thoughts and philosophy.

In 1843, Reverend Samuel Àjàyí Crowther of the Christian Missionary Society developed the Yorùbá orthography by adopting Latin script with diacritics — or accent marks. Ever since, thousands of books have been published in Yorùbá using Latin script instead of Ajami, an Arabic script used before 1843 to write in West African Indigenous languages such as Yorùbá and Hausa.

Some language advocates contend that using Latin, a foreign script, to encode African languages, keeps the continent in an enslaved mindset.

Instilling this new writing system follows a history of ancient writing systems in Africa, like Egyptian hieroglyphics, the Adrinka collection of the Akan tribe of Ghana, Ethiopian Ge'ez, the Nsibidi ideographic script of West Central Africa which date back to 5000 BC, as well as Vai alphabet scripts are of African origin.

The following is a short video of teachers instructing students how to write the Odùduwà alphabet in a Benin classroom:

In 2017, Chief Ògúntósìn, in the company of prominent traditional rulers in Yorùbáland and the diaspora, paid a visit to Rauf Arẹ́gbẹ́ṣọlá, the one-time governor of Nigeria’s Ọ̀ṣun State, in Òṣogbo, the state capital, to solicit support for his newly found Odùduwà alphabet. Arẹ́gbẹ́ṣọlá now serves as the Minister of the Federal Ministry of Interior of Nigeria. 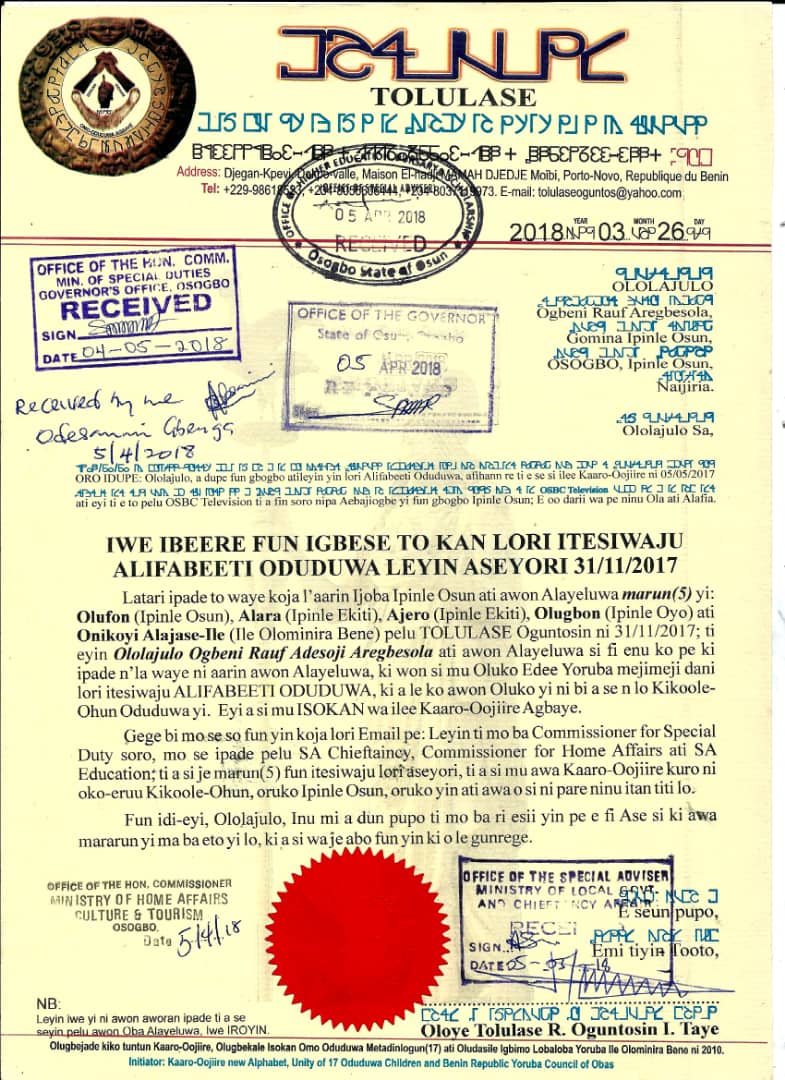 Read more: Lost in translation: Why Google Translate often gets Yorùbá — and other languages — wrong