Why did it take Peruvian authorities 3 years to investigate this woman's murder? 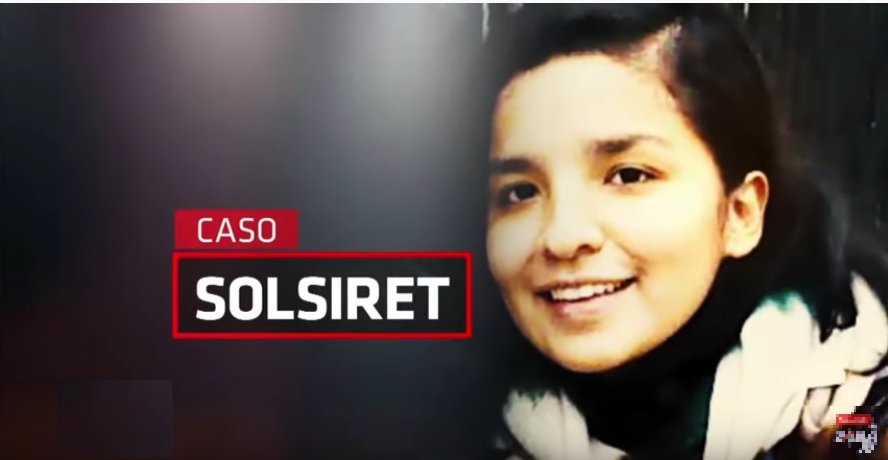 Three and a half years ago, 23-year-old Solsiret Rodríguez Aybar went missing from her home in El Callao, a city next to Peru's capital Lima, where she lived with her partner Brian Villanueva. A mother of two, Rodríguez studied sociology at the Federico Villarreal National University and was an activist at the “Ni una menos” (“not one woman less” in English) movement.

Despite her parents filing a missing person's report at that time, authorities have never investigated her case. The media has also largely ignored it.

It was only in February 2020, under the auspices of a new prosecutor, that the first arrests connected with Solsiret's case were made. Shortly thereafter, authorities found out Rodríguez was dead and that her remains had been hidden in the house of her former home all this time.

Villanueva's immediate family is now being investigated for murder, after several years during which the police never called them to testify. Their house had never been searched.

Peruvian social media has since exploded in outrage. Why did it take over three years for the Peruvian authorities to begin to pursue justice for this young woman's family?

On August 24, 2016, Brian Villanueva filed a police report alleging Solsiret had abandoned her home. Two days later, Solsiret's parents tried to file a report for their girl's disappearance, but police did not accept it due to the previous report filed by Villanueva.

A recent story about the case said:

Chief police officer Dante Pastor refused to take their complaint, alleging that, due to his “vast experience,” most likely Solsiret had left the home, probably with another man and that she had a “hot head.”

The parents were finally able to file the report on September 1 of that year, but they have pointed out that prosecutor Lucila Aliaga, in charge of the case at that time, did not take any measures to find the young lady.

In 2018, the case was taken by prosecutor María Quicaño. Also according to Solsiret's parents, the investigation did not progress. It was only when prosecutor Jimmy Mansilla Castañeda picked up the case in January 2019 that things started to unravel.

Tracking Rodríguez's phone proved to be vital: The investigators found out that the SIM card had been removed from her phone and inserted in the phone belonging to Andrea Aguirre Concha, Villanueva's sister-in-law.

Aguirre and her partner Kevin Villanueva, who is Brian's identical twin, were arrested on February 18, 2020, and shortly after revealed that Solsiret Rodríguez's remains were hidden in the house she shared with Brian.

According to Aguirre's testimony, Rodríguez died after falling and hitting her head while the two women were arguing. The autopsy results, however, don't seem to corroborate this story. Peruvian National Police Director José Luis Lavalle said in a press conference:

Here we can see that violence was exerted on the victim, and this makes us think of an aggravated homicide, meaning it is a murder, and the motive is related to a conflict within this family group.

Carlos Basombrío, who was Minister of the Interior at the time when Rodríguez went missing, and who had stepped down due to unrelated reasons, tweeted his regrets at having believed a report by the police that asserted she had willingly left her partner and children:

If I could resign again, I would.
I take all the political responsibilty.

Two prosecutors, one after another, dismissed Solsiret's case investigation, they didn't feel like investigating, disrespected their main job: to defend a citizen and punish a crime. In 2019, a third prosecutor did his job and finally justice is near. Shame on Peru's public prosecutors.

About Solsiret's case. Her brother-in-law, Kevin Villanueva, was always the prime suspect. So, why hasn't his partner's house been searched? When did they do it, three and a half years later? Besides that, the Attorney's Office spent months without filing a report. They really didn't give a damn.

Kathe Soto, a friend of late Rodríguez, wrote about how the pain she has lived through the past three and a half years:

Three years, five months and 26 days ago, I got a call that would change my life.
I was told that Sol, one of my best friends, hadn't arrived home, that she was missing.
They carried out “investigations” and said she had left.
Sol never left, they made her disappear.

One case among hundreds

In 2019, a record of 168 women were victims of gender violence in Peru, while there were just four prison sentences passed for femicides in Peru. In October 2019, Peru sentenced a man to life for femicide for the first time.

Women who are victims of violence not only face their aggressors and a sexist society. They also face a judicial system that, far from ensuring protection according to insufficient national laws, also questions them, revicitimizes them, and pass arbitrary sentences that sometimes even acquit the perpetrator.

… men think or make others believe they are the family bosses, and that they have to “punish” a woman if she won't obey. That's why he is possessive of her, he controls her and that's why, in many cases, he takes her life.