No place for transgender people in Georgia's labour market 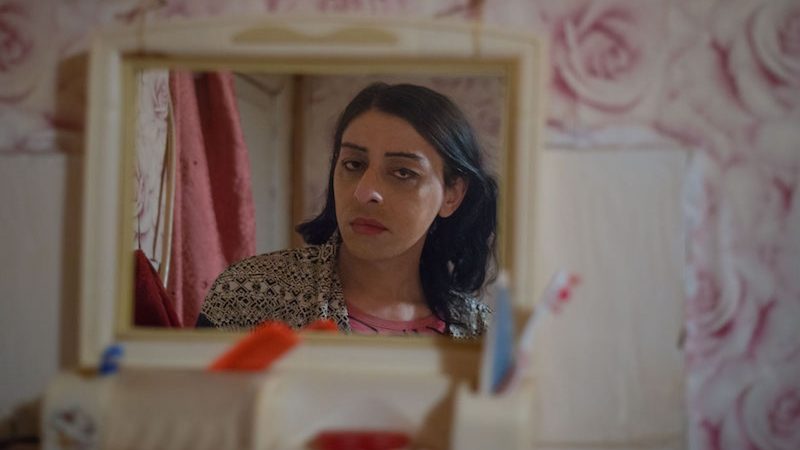 On February 5, a transgender woman was brutally attacked while working the night shift at a Spar supermarket in Tbilisi, the capital of Georgia. It is clear that the victim, who prefers to remain unnamed, was attacked due to her gender identity. According to her lawyer Tamar Zarkua, transgender people in Georgia are at risk of hate crimes simply while walking down the street, however most attacks take place at the hands of clients in the service sector and in sex work.

It is difficult to estimate the number of transgender people in Georgia today. While public opinion polling from 2019 revealed generalised negative or ambivalent attitudes towards the rights of sexual minorities (only 27% of Georgians of all ages believe it is important to protect them), there are no specific data on attitudes to transgender people.

Nevertheless transgender people, like other members of the LGBT community, speak of frequently facing stigma for their sexual orientation in Georgia's socially conservative society. For transgender people that stigma presents an additional obstacle in the uphill struggle to find safe and non-precarious employment — a pressing issue for people of all backgrounds and identities in Georgia today.

As Gabriela and Nata's stories show, landing a stable job as a transgender person in Georgia can be nearly impossible.

Thrown onto the streets

When Gabriela Roskipova-Romanova came out as transgender, it was not entirely her decision. At work, the 29-year-old was forced to choose between acknowledging her gender identity and keeping her job. She chose the former, to remain true to her female self-identity. Gabriela's family threw her out of the house.

Unable to find other work, she's been engaged in sex work for 12 years.

“I haven’t even tried starting work anywhere else,” Gabriela says. “I just don’t want to feel humiliated when I go to the interview.”

In 2014, Georgia adopted an anti-discrimination law which theoretically should protect LGBT people in the workplace. However, Gabriela says that it has brought no changes for transgender people. “The government doesn’t see us. And without legal recognition of our gender, nor do employers,” she sighs.

Transgender women in Georgia do not have a wide choice of employers. In the best case scenario, they end up working in hospitality or in the NGO sector. In worst, they end up in the street. Due to low wages and a lack of family support, they often have to combine several jobs in order to survive.

Gabriela made just 20 Lari ($7) last night. She already owes half of it to her landlady. “All of us have been kicked out of our homes. We have to pay rent and utility bills. We have to buy makeup. We have to pay taxi fares; we don’t dare to use public transport,” she explains. Gabriela has two other transgender neighbours; the three of them help each other out.

“You are totally unprotected [in the workplace and on the street], from both clients and the police. Sometimes clients become aggressive and won’t let you go. I’ve been locked up in houses, or taken to remote places and beaten up. I’ve been running with blood on my face, called the police and waved to passing cars for help, but no one bothered to stop.”

As Roskipova is an activist and frequently gives interviews to the media, she's become recognisable. She has recently become something of a defender for the legal rights of Georgia's transgender sex workers. “Sometimes the police come after me, or other transgender women in need say my name. I've read the legislation and know how to defend myself,” says Roskipova.

“Some [LGBT people] couldn’t even finish school so they don’t know anything. My aspiration now is to enrol in university and become a real lawyer. Since I became transgender, I've realised that I want to help people like me.”

“I’ve lost a lot but I’m relieved. I am happier being myself,” she concludes.

Mocked out of work

Nata Talikishvili, 29, tried as hard as she could not to end up in sex work, but it was all in vain.

“I lived in the village, so I took any job: from loading sacks to working in a plastic factory. I even worked in a cement block workshop. But they fired me without paying my last wages, saying that I was a ‘weak ladyboy.’ I even tried being a street sweeper, I thought there's always need for one. But I was laughed at and then dismissed.”

Nata had to go back to sex work in between jobs to sustain herself.

“I worked at a 24 hour petrol station for 220 Lari ($79) a month. I could even sleep and shower there. With time, I became brave enough to bring my own clothes and heels there, but someone saw it. They told me to leave in the middle of the night, the rest of which I spent in the street with other sex workers,” recalls Nata.

As a skilled cook, Nata started looking for other opportunities where she could use her talent. She got a position as a chief's assistant in the Ministry of Defence, where she worked for free for five months before receiving her first salary.

“For the first time in my life, I got a salary that allowed me to take a break from sex work. I wore a cap in the kitchen so that no one could see my long hair. But one day I forgot to remove my mascara and one of the men noticed it.”

The co-worker bullied Nata until she couldn’t bear it anymore. “I took the cap off and everyone saw my long dyed hair. I quit with a scandal and never looked back.”

Nata was eventually able to make a living by working part time for two NGOs, and is relieved that she does not have to risk her life in the streets anymore. She's earning a sufficient amount and importantly, is able to work without compromising her identity. However, Nata claims that even her experience with the non-governmental sector also hasn't been free of exploitation.

She says that she was happy to do some work for free, from organising events to providing contacts. But at a certain point, she explains, enough was enough.

“I’m an activist, so it’s normal practice for me. But when I see that the organisation has the resources to empower me, but won’t do it, it really gets me down.”

Keti Bakhtadze, a lawyer for the Women's Initiatives Supporting Group (one of Nata's employers), says that employment problems for transgender people can start from an early age.

“There are no specialists for trans teens and they’re unable to receive understanding of their gender expression from society. At college they're not addressed by their preferred name and must confirm to the identity on their documents,” says Bakhtadze.

According to Bakhtadze, this means that transgender people only receive access to education at the expense of their gender identity.

“Finally they move to employment, and if they finally summon the strength to come out, it will most likely end in them losing their jobs.”

But there are calls for further legislative change. In May 2019, the United Nations’ independent expert on protection against violence and discrimination based on sexual orientation and gender identity released a report which urged Georgia to “ensure that the process of legal recognition of gender identity is based on self-determination by the applicant, is a simple administrative process, is exempt from abusive requirements, recognises non-binary identities and is accessible to minors.”

Nevertheless, Bakhtadze believes that the Ministry of Justice is not yet interested in starting that process. “They prefer to wait for the decision of the European Court of Human Rights (ECHR),” she says. Bakhtadze is currently representing two trans men who are contesting the Georgian authorities’ refusal to legally recognise their gender change.

Without further legislative and administrative changes, continues Bakhtadze, trans women will have to continue supporting themselves with illegal sex work, during which they frequently face violence. Trans men, meanwhile, will continue to work without contracts in near slave-like conditions. “Every day, we are pushing these people to commit administrative crimes and leave them vulnerable,” warns the lawyer.

A further issue, says Bakhtadze, is that transgender people are often afraid to come out in front of their employer when they sign their work contracts — as they must present identification documents which often do not reflect their gender identity. She also stresses that Georgia is a small country: “being refused a job on grounds of identity can automatically mean losing potential jobs in the same field, since employers know each other.”

Nevertheless Tamar Zarkua, a lawyer with the Equality Movement, a Tbilisi-based NGO, speaks of some positive trends in preventing discrimination in the workplace. Georgia's Ministry of Internal Affairs has initiated trainings for police officers to better identify and document discrimination based offences. However, the outcome of these trainings is still unclear, since “even with many such offences documented in 2018, courts have only established a discriminatory motive in two cases,” says Zarkua.

There is always another option for transgender people — seek asylum, and never look back. Tired of fighting for recognition and fair treatment, Nata says that she seriously considered emigrating to claim asylum. Yet after a long battle with depression, she has decided to stay in Georgia. “I don’t judge those who left, but my place is where I was born and raised. I need to change the environment around me. If that had started in previous generations, maybe we wouldn't be struggling now.”

Editor's note: GlobalVoices contacted Georgia's Ministry of Justice to request a comment on the recommendations contained in the UN report, but had received no response by the time of publication.