International Women's Day: How far have we come? 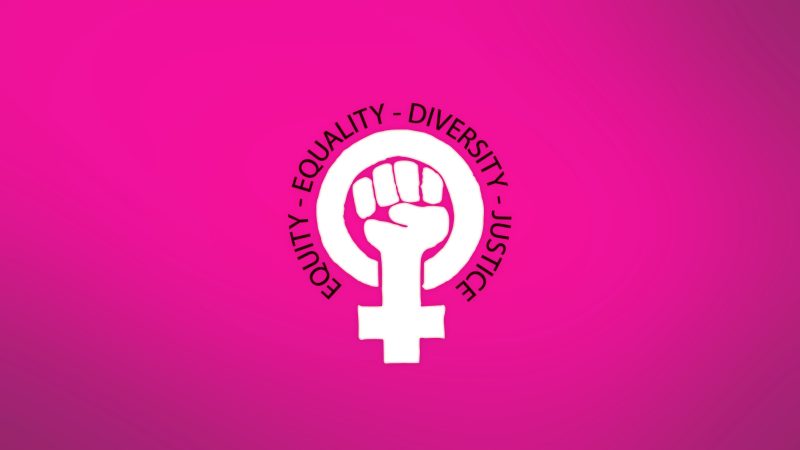 This post was originally published on the blog of UK Embassy in North Macedonia. An edited version is republished by Global Voices as part of an agreement with the author.

The first week of March is always so intense for me. Not that there are no such other weeks during the year (family birthdays, new year's, vacation preparations). Yet during the first week of March, everyone and anyone suddenly remembers us—women. Flowers are sold on improvised stalls of cardboard boxes on every corner, presents are bought and given, dinners organized and celebrated with music and dancing. TV shows are hosted with the sole topic of discussing women’s rights, gender equality, domestic violence, political participation of women, women’s economic advancement. The reason, as you might guess is March 8. Recognized as International Women’s Day, this observance celebrates the social, economic, cultural and political achievements of women. The day also marks a call to action for accelerating gender parity.

The day has been an official United Nations day for women’s rights and world peace since 1975. It's a national holiday in many parts of the world, as it used to be in socialist Macedonia until the 90s.

The path to women’s equality, as history has revealed, is long and challenging. Different phases of the women’s movement provided an important focus in forging and moving the gender agenda further along.

In 1909, the Socialist Party of America celebrated 15,000 women who protested long work hours, low pay, and the lack of voting rights in New York City. However, it was Russia who unknowingly set the March 8 trend. Although International Women’s Day became an official holiday in Russia in 1913, women still faced challenges. While men went off to war, women dealt with food shortages and a government who wouldn’t listen to them. On March 8, 1917, tens of thousands of Russian women took to the streets demanding change. The unified cry for help paved the way for Soviet women to be granted voting rights soon after and indicates the significance of the date of the commemorations today. This is the period (late 1800’s and early 1900’s) when women activists fought for the right to vote and equal pay for equal work.

These two issues – women’s voices and participation in government and the gender pay gap – still remain priorities over a century later.

In western societies, the women’s movement is differentiated into four waves.

The second wave of feminism began in the 1960s and continued into the 90s, with sexuality and reproductive rights being dominant issues. In the 1980’s the focus was on an array of programs that assisted women in being more confident, visible, well-networked and assertive – but many of these reinforced a notion that women needed to “act like men” and “fit” into existing patriarchal structures and organizations if they were to succeed (while still being a superwoman in the home).

The third wave of feminism (mid-90’s) proposed the notion of “transversal politics”, challenging notions of universal womanhood and articulating ways in which groups of women confront complex intersections of gender, sexuality, race, class, and age-related concerns. The focus was on organizational development: women in the boardroom, diversity in recruitment and gender-related research.

Fourth-wave feminists think in terms of intersectionality, placing feminism in the context of a larger consciousness of oppression, alongside racism, ageism, classism, ableism, and sexual orientation. The fourth wave of feminism is emerging because (mostly) young women and men realize that the third wave is either overly optimistic or blinkered. Feminism is now moving from the academy back into the realm of public discourse. Topics that were important to the previous phases of the women’s movement are attracting attention from mainstream media and politics. Issues such as sexual abuse, rape, violence against women, unequal pay, slut-shaming, the pressure on women to conform to a single and unrealistic body type and the realization that gains for women in politics and business are very slim, are its center.

So what is to celebrate then? How far have we really come?

The case of North Macedonia

Even though Macedonian women gained the right to vote in 1946, the progress of the women’s movement in North Macedonia reminds me of the national folk dance – three steps forward, two steps back. The women’s movement has been credited in the past, especially in the late 90s and early 2000s, for successfully uniting diverse groups of women – representatives of different political parties, civil society organizations, women from different ethnic and religious backgrounds, individual activists. The movement managed to secure 40% women’s representation on election lists for local and parliamentary elections, the adoption of a number of laws pertaining to combating domestic violence, (sexual) harassment at work and discrimination, as well as promoting equal opportunities of women and men and supporting abortion rights and rights of women in the workplace.

Yet, the rise of regressive forces in the past decade (2006-2017) has led to the reinforcement of patriarchal models and perspectives of women. The result has been a fragmented women's movement and struggling women’s organizations. The number of active organizations and initiatives at the local level has rapidly declined, especially in the small towns and rural areas. They face huge challenges in recruiting young girls and women, who do not find civic activism attractive. Women’s issues are still at the margins of the mainstream public debate. Advocacy, inclusive mindsets and tangible action are needed from all involved.

In North Macedonia, International Women’s Day is celebrated as Women’s Day, Women Teacher’s Day, and Mother's Day, which distorts the original meaning of the observance, turning it into a commercial activity. Gifts are bought for mothers, teachers, wives, lovers and friends. Female colleagues and friends organize evenings out in restaurants and bars and dance the night away, making use of this short-lived socially acceptable public freedom. The better-off organize all-female trips to spa centers and shopping destinations. After letting off some steam, women return to their normal, everyday lives.

So, what is everyday life like for women in North Macedonia?

Women are still less employed than men, with an employment rate of 39% versus 61% for men. This directly impacts their wellbeing and the welfare of families, while society loses the contribution of a large portion of the population for its development. In addition, a majority of women tend to be employed in low-paid, labour-intensive spheres such as textile production, resulting in a wage gap between men and women of 12%.

Women are still mostly responsible for taking care of children, the sick and the elderly in the family, which often results in their having to interrupt their work to care for children (89.3 % women versus 10.7% men) and/or take up part-time work. Childcare services are available, though 26 municipalities currently do not have public daycare. In addition, women spend three times more time on domestic activities compared with men, proving that the traditional division of work between the genders is still very much alive.

Access to healthcare is guaranteed by the constitution, yet 43 municipalities of the current 81 lack gynecological services. And every third woman in the country has experienced some form of gender-based violence. In the past five years, 70 women have been killed, of which 51 are victims of femicide.

Movements like #ISpeakUpNow, the local version of #MeToo, showcased the enormous range of the sexual harassment women experience, but resist reporting officially. (The hashtags in local languages are #СегаКажувам in Macedonian and #TaniTregoj in Albanian.)

It’s now 25 years since the Beijing Declaration and Platform for Action and pledge to improve the status of women and their wellbeing in public and private life. While there has been much progress towards women’s rights over the decades, many gaps remain. The UN has incorporated gender equality as a separate Sustainable Development Goal (SDG) in order to establish minimum standards and push for change in the critical areas that are holding women back. The latest report on the SDGs shows that while some forms of discrimination against women and girls are declining, gender inequality continues to hold women back and deprive them of basic rights and opportunities.

I think of March 8 as a milestone. It is there to remind us to look back at where we were and what we have achieved — or not. Every March 8 we need to remind ourselves how far we have come, and to set the agenda for the year for achieving things that are still missing, and to say loudly: Let’s all be #EachforEqual.