A cancer treating yew tree is critically endangered in Nepal

There are only 500 mature trees in the wild 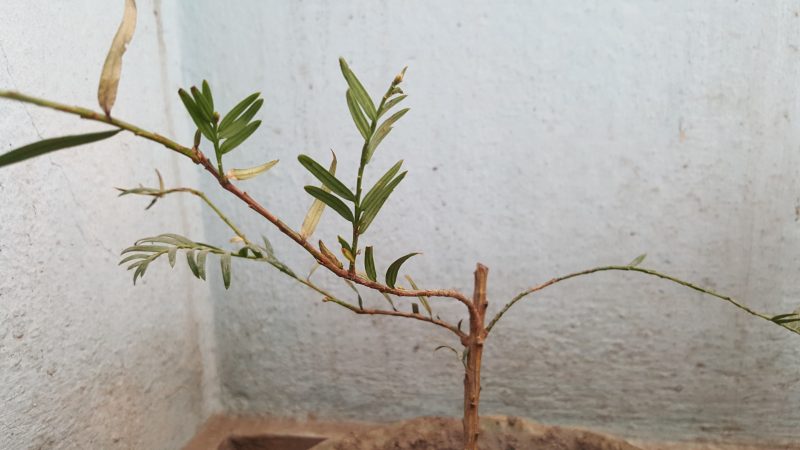 With less than 500 mature trees remaining in the wild, Taxus mairei (or Maire's Yew tree) is critically endangered in Nepal. While yews have been used in Nepal as traditional medicine for years, T. mairei is one of the major sources of the anticancer drug, Taxol. According to estimates, a ton of T. mairei’s leaves can produce about 550 grams of 10-DAB-III which is used as a chemical intermediate in the preparation of the anticancer drug paclitaxel (Taxol).

The tree's high commercial value has created a leaf harvesting business; however, T. mairei is only found in the wild in three districts in Nepal, and as its numbers dwindle, the need for a responsible and sustainable conservation plan is more important than ever.

Paclitaxel, sold under the brand name Taxol, is one of the most successful and widely used anticancer drugs developed in the past 50 years. This anticancer drug was first found in the bark of the Taxus brevifolia (Pacific yew tree). All the species of Taxus are known to produce Taxol. Apart from T. mairei, another two species of yew namely T. wallichiana and T. contarta are also found in Nepal.

Besides the Sindhuli, Kavreplanchok, and Makwanpur districts of Nepal, T. mairei has been found in China, Vietnam, Indonesia, Myanmar and India’s Meghalaya. In an interview with Kumar Paudel, co-founder of Greenhood Nepal, Paudel spoke more about T. mairei in the wild:

A study led by Kumar Paudel and Reshu Bashyal of Greenhood Nepal, funded by the Conservation Leadership Programme and Kate Stokes Memorial Award, estimated the population of T. mairei in the wild and drafted a sustainable harvesting guideline to assist the harvesters.

Did you know that yew trees produce a chemical that is used to treat cancer? @bashyalreshu and @kmrpaudel are working with me and @verissimodiogo through @CLPawards to look at the impact of this trade in Nepal #EndWildlifeTrade #IWT18 pic.twitter.com/uHr0XTdbz8

According to the study, Nepal exports an average of 25 kilograms of 10-DAB-III annually which requires about 45,454 kilograms of leaves. Local communities collect the leaves, dry them and sell them to local nurseries or local businessmen at a rate of NPR 50 – 240 per kilogram (1 USD = NPR 117). This a jump from the NPR 10 – 30 that was fetched for the leaves in 2002.

Considering the importance of yew trees, the nursery business has seen remarkable growth and the demand for yew saplings has increased throughout the country. Usually, the nurseries prepare saplings through a cutting technique. However, growing thousands of trees this way means that all the new saplings are the same gender and have the same genetic quality of a single tree. As yews are dioecious (they have separate male and female plants),  for fertilization purposes both the male and female trees should be in the vicinity. Hence, it is necessary to raise the trees in a nursery scientifically and plant them in their natural habitat to conserve them.

Yews have been used for multiple purposes for generations in Nepal. Their branches and leaves are used as bedding for livestock and an offering to gods. Their wood is used as timber and for making furniture and agricultural tools. Yews have also been used by indigenous people as traditional medicine for fevers, cough, asthma, and indigestion.

However, since there are no specific guidelines and methods for the collection of yew leaves, the local communities depend on their own experience. Instances of totally denuding the trees are common. To cater to the high demand for leaves, many trees have been cut down as well in the past.

In addition, the T. mairei species is found at lower altitudes than other Taxus species and they face encroachment from human settlements as well as other challenges like habitat destruction, grazing, forest fires and illegal logging.

I think this opportunity is crucial for us as the harvesting communities to use this harvesting guidelines to ensure future viability of Taxus mairei along to educate them about more about it. Thank you Kate Stokes memorial award. #weareclp https://t.co/n8e4pTxxlq

If done right, the increasing trend of cultivating these cancer-treating trees is a positive step towards conserving T. mairei's numbers in the wild.