What kind of rumours were circulating during the 2020 Taiwan presidential election? 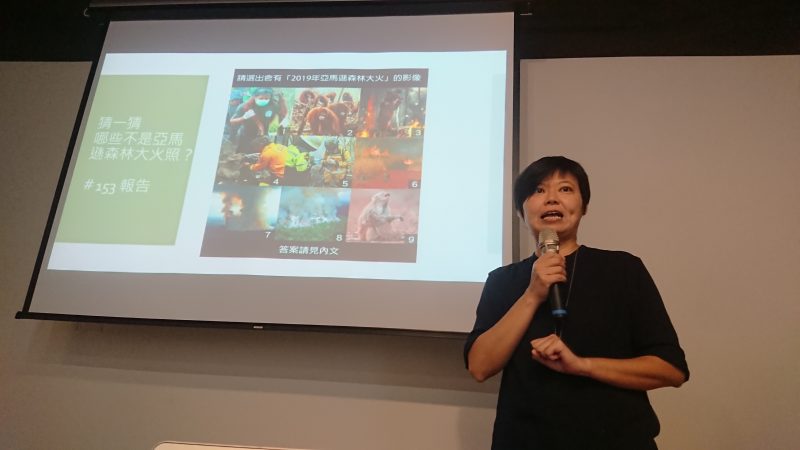 During the campaign preceding Taiwan's January 2020 presidential elections, the widespread use of social media platforms, such as Facebook and LINE to share news from unreliable sources, significantly affected people's ability to make well-informed choices at the polls. As a result, a number of initiatives have emerged to counter the spread of disinformation in Taiwan.

The Taiwan Fact-Check Center is the first Taiwanese news organization certified by the International Fact-Checking Network (IFCN), a global network of fact-checking associations dedicated to promoting best practices in the field.

The Center already played a role in countering the spread of disinformation during the 2018 local elections that were paired with a multi-question referendum. As some of the referendum questions were about LGBT rights and energy policies, certain political groups made use of disinformation to mobilize people to vote in their favour.

For example, anti-LGBT groups had then spread the idea that the impact of LGBT rights on sexual education could affect their and others associated homosexuality with AIDS. Meanwhile, pro-nuclear energy groups launched a smear campaign against residents of Orchid Island who have suffered from nuclear waste pollution for years. Pro-Kuomintang (KMT) groups used unverified reports from mainland China to slam Taiwanese authorities for failing to provide assistance to Taiwan tourists at Kansai airport when Typhoon Jebi struck the region in 2018. A Taiwanese diplomat committed suicide as the fabricated story went viral online.

Ahead of the 2020 Taiwanese presidential election, Wang Liqiang, a self-proclaimed Chinese spy revealed to Australian media outlets that Beijing had an army of information operators campaigning for the opposition KMT candidate, Han Kuo-yu. Rumors were also circulating that Beijing had infiltrated numerous media outlets in Taiwan. In view of this, Global Voices’ Chinese language editor Huang HungYu interviewed Summer Chen, the Chief Editor of Taiwan Fact Check Center to find out what exactly were the rumors circulating in Taiwan during the January 2020 presidential election.

GV: Can you share your observations about the spread of disinformation during the presidential election?

Summer Chen (SC): Before August 2019, the majority of rumors were related to health issues. Between September and November 2019, more policy-related disinformation emerged, including disinformation around LGBT rights. We also verified a number of stories about the Hong Kong anti-extradition protests. We observed that in online and in traditional media outlets, there was quite a lot of messaging using Hong Kong’s extradition protests to attack the ruling Democratic Progressive Party (DPP). Between September and November, we published 66 verification reports, and 15 of them were about the Hong Kong anti-extradition protests and cross-strait relations between Taiwan and China. Between November 2019 and January 2020, there were 14 false reports about unfair election arrangements. After the election, rumors accusing officers at polling stations of tampering the ballots also emerged.

GV: Have the rumors affected the results of the elections?

SC: Just a few days before the election, we saw a rumor about Wuhan pneumonia [now called COVID-19] circulating on Facebook. It claimed that Taiwan had a confirmed case, and urged voters to wear a mask when going to the voting stations. It was confirmed to be a false piece of information at the time. The effect of it was very negative as it could spread fear. Many Taiwanese who live in mainland China travel back to Taiwan to vote [as distance voting is not possible], thus some might have been deterred from going to voting stations for fear of being infected. After we published our verification report, our center issued a joint statement with another fact-check group, MyGoPen against the manufacturing of social panic. Facebook also took measures to reduce the reach of posts about the outbreak of the new coronavirus in Taiwan before the election.

GV: Do you think Beijing’s information operators were behind the spread of election-related rumors and disinformation in Taiwan?

SC: Our center cannot track down the exact origin of rumors. There are some traces indicating that Beijing may have been involved. Sometimes we could see the use of simplified Chinese characters in the text and identify slogans. Some of the rumors about the anti-extradition protests were obviously originating from Hong Kong but spread to Taiwan, yet we don’t have hard evidence to prove this. Regardless of their origin, we don't want to allow rumors to affect voting behavior in Taiwan. In my own opinion, the majority of rumors were aimed at dividing Taiwanese society. By provoking people’s emotion and splitting the community into two political camps: either pro or anti-Han Kuo-yu. Some people would simply look at disinformation as a joke and laugh at people who spread the rumors. However, we have to ask this question: why would people still disseminate stories that they know we wouldn't not believe in? For example, whenever the verification reports about Han Kuo-yu were released, people would start mocking Han’s supporters in the comment section. This may as well be the very intention of disinformation — to divide society.

GV: Do you have another example about how disinformation divided Taiwanese society?

SC: After the election, there were rumors about election results tampering. For example, an edited video taken in a polling station showed that when the polling officer announced the result of the vote for Han Kuo-yu, another polling officer counted the vote under Tsai Ing-wen’s record [The reason for this was in fact that the officer counting the vote was in fact registering the previous, yet because of the way it was recorded, it looked indeed suspicious] In my opinion, this rumor was orchestrated by Beijing to divide society. In Taiwan, the pro-Beijing KMT is still the dominant party in local government bodies. The election result could not be tampered unless the KMT was involved. Moreover, as indicated in past elections, Taiwan’s election system is rather mature, and there has been no serious complaints about elections in the past. After the presidential election, the KMT did not demand a recount or question the fairness of the results. Hence, it is very likely that the rumor is manufactured and spread by Beijing’s information operators.