Battered by criticism, Abe government scrambles to save Japan from COVID-19

Japan has 'three months to decide the fate of the Olympics' 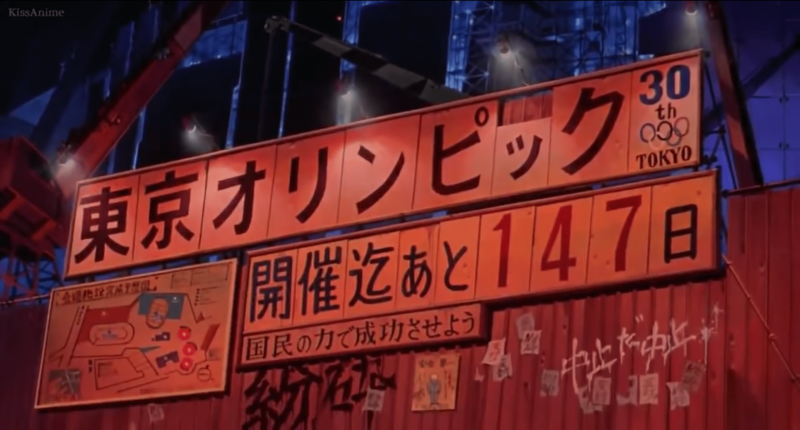 “147 days until the start of the Tokyo Olympics.” Image from Akira, an animated movie set in 2019, in a Tokyo set to host the Olympics under the looming threat of an apocalypse has been widely shared on social media recently — as of February 28, the start of the 2020 Olympic games is 147 days away.

As Japan's eighth death from COVID-19 was confirmed, the Abe government has come under increasing pressure from domestic and international critics to contain the coronavirus that causes the disease. The gathering momentum of the outbreak in Japan and around the world has left the Japanese government with few effective tools against COVID-19, and has raised the spectre of cancelling the Tokyo Olympics, which are due to start in just five months.

After instructing citizens to avoid crowded places and large-scale events such as music concerts to be postponed, and even extending the deadline for spring tax returns, the Japanese recently government took its boldest step yet against COVID-19 by “requesting” all public elementary schools to close until April 8, 2020.

The directive, if followed, will keep 13 million students across Japan at home in what has been described as an unprecedented move by the Japanese government since the Second World War. In order to prevent the spread of COVID-19, Tokyo Disneyland also made the drastic decision to shut down, a situation not seen since the devastating earthquakes and tsunamis of March 11, 2011.

The Abe government's school closure plan was immediately criticized. Echoing the concerns of other public health experts, Yoshida Masaki, the chairman of the Japanese Society for Environmental Infection (JSEI) and a member of the government's own COVID-19 expert panel, said:

In the sense of preventing human-to-human transmission in areas where there is already the presence of COVID-19, closing schools might help reduce transmission. However, closing schools where the virus is not present will not make any difference at all. Also, (even with schools closed) kids will go out play, so it's hard to determine if school closures will actually work.

Ogi Naoki, a media personality and a prominent commentator on education, also remarked that the elementary school closure would be very difficult on dual-income families, who would likely be unable to arrange childcare. Meanwhile, bureaucrats and policymakers, who had not been consulted by the directive, continued to express “confusion and anger.”

The potential chaos caused by the school closures was demonstrated by the decision of a large number of nurses at a Hokkaido hospital to remain at home to look after their children:

Good job everybody. We created a nursing shortage during a medical emergency. pic.twitter.com/aDBQyNRPJA

The Abe government's haste to appear to be taking measures against COVID-19 may be in part from increasing criticism both at home and abroad about its initial efforts to contain the disease during the quarantine of cruise ship Diamond Princess in Yokohama which began on February 4.

The cruise ship quarantine resulted in a mushrooming number of COVID-19 infections aboard the ship, and anger over perceived lack of proper medical procedures by Japanese medical staff assigned to test and monitor passengers and crew.

It also came to light that staff assigned to the Diamond Princess were sent back to work in hospitals and in government offices without testing for infection by COVID-19.

TBS reports that most of the Japanese health ministry employees who had been on board the Diamond Princess ship — not clear how many — have skipped the coronavirus screening tests due to the fear of positive results. #COVID19 https://t.co/QuHWEIDdoX

Testing on medical staff was abandoned after it became apparent that, with a potentially high number of medical and government workers incapacitated, positive results for COVID-19 would mean there would be no way to get any work done.

After paying a visit to the quarantined Diamond Princess, Iwata Kentaro, an infectious disease expert, made a video of what he saw, claiming medical staff were “violating all infection control principles.” After his viral video provoked a firestorm in Japan and around the world, Iwata deleted it.

“My intention […] was to change what was happening inside the cruise ship, and my intention was not to criticize anybody,” Iwata later explained in a press conference, when asked why he removed the video.

However, political damage to the Japanese government had already been done. Masuzoe Yoichi, a former Health Minister who was ousted as Governor of Tokyo over an expenses scandal in 2016, fired a broadside in English at his former friends in government:

As former Health Minister who coped with H1NI flu successfully in 2009 , I am much concerned about poor performance of the Japanese Gov't facing coronavirus. No commander capable of crisis management and no mobilization of human resources. Look at the cruise ship(Petri dishes).

A few days later, the New York Times weighed in on Japan's response to COVID-19. In an English-language opinion piece published on February 26, Koichi Takano, a political scientist and the dean of Faculty of Liberal Arts at Sophia University in Tokyo, stated that “the leaders’ sense of entitlement breeds indifference and incompetence” when dealing with COVID-19. This “incompetence,” Takano says, combined with “institutional inertia” in the bureaucracy (“sound the alarm about an impending crisis and you might be blamed for causing it,” Takano writes) have caused a crisis in Japan.

Adding further pressure to the Abe government to successfully deal with COVID-19 were remarks widely reported around the world by Dick Pound, a senior official with the International Olympic Committee, that Japan has “three months to decide the fate of the Olympics,” to be held in Tokyo starting July 24.

Japanese Twitter noticed the similarities between a Tokyo 2020 Olympics plagued with the growing threat of a pandemic and the animated film Akira. In the 1988 film, a post-apocalyptic and chaotic Neo-Tokyo is preparing to host the Olympic games in 2019.

On February 28, “Just cancel it!” (#中止だ中止), a line from Akira about the cancellation of the fictional Olympics, accompanied by a screenshot of a billboard from the movie, trended on Twitter in Japan.

In Akira, with 147 days to go to the games, total annihilation is poised to descend on Tokyo. In real life, February 28, 2020 also marks 147 days until the start of the the Tokyo 2020 summer games.

#Just cancel it!
This scene from AKIRA also takes place on this date (February 28). I wonder if the new Tokyo stadium will also be vaporized?