Literature as a gateway for exploring Indian-Nepali hybridity: Interview with author Prajwal Parajuly

"Translations will keep the world sane" 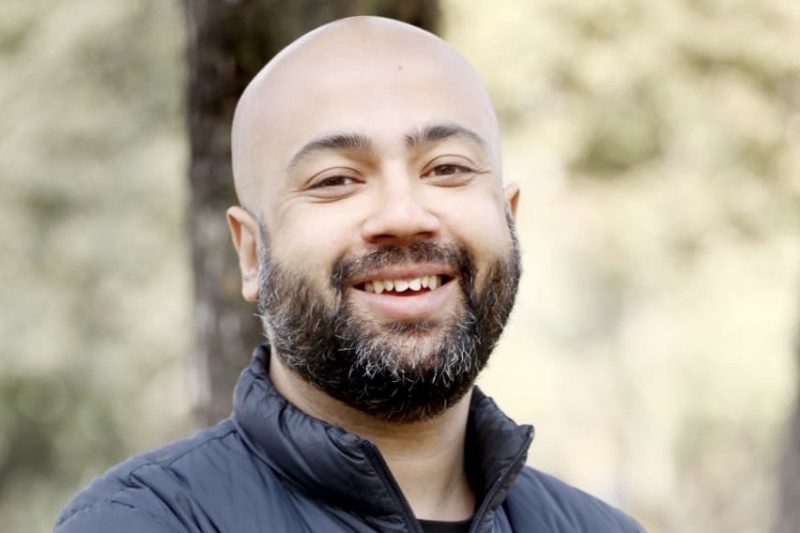 India and Nepal share a 1,750 km-long border that is open to people in both directions. This proximity has created a complex relationship of cultural and economic exchange as well as conflicts around issues of citizenship, border delimitation and the fine political balance with China and Pakistan.

To find out more about this relationship, I asked Indian-Nepali author Prajwal Parajuly, who writes about the different ways Nepali and Indian-Nepali identities are experienced around the world, his thoughts on the issue. The interview has been edited for brevity.

Filip Noubel: You are a Nepali-Indian English language author, grew up in Sikkim, and have been invited in March to the Paris Salon du Livre (Book Fair) to represent Indian literature. How do you relate to this mix of cultural and linguistic affiliations? 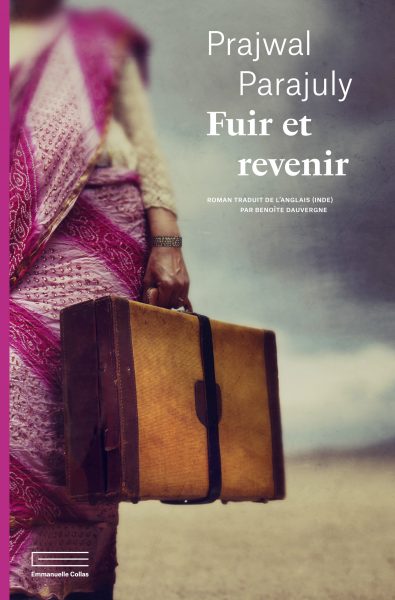 Cover of the French translation of Parajuly's novel “Land Where I Flee”. Image used with permission

Prajwal Parajuly (PP): I am of Indian of Nepalese heritage, with parents from two different countries. I also grew up in a former Himalayan kingdom—Sikkim, that was annexed by India in 1975. I think it’s perfectly okay to get goosebumps when one hears Jana Gana Mana, the Indian national anthem, but to feel more at home in Kathmandu, the Nepalese capital, than one does in any big Indian city. It’s okay to pledge allegiance to one country and have a lot in common with another.

I consider both English and Nepali my first languages. I think and dream in English but often pray in Nepali. Nepali is a beautiful language: I can speak endlessly about the onomatopoeic deliciousness you find in abundance in it. We laugh galala. We spit pyachcha. We sit thyaachakka. I have on more than one occasion called my novel “Land Where I Flee” a love letter to the Nepali language.

What a privilege it is to represent Indian literature at a book fair in Paris. I like this idea about a festival having a guest country of honour. It brings a spotlight on books one wouldn’t have ordinarily picked up, it brings up the importance of translations. Translations will keep the world sane.

FN: Your first published book, “The Gurkha’s Daughter”, is a collection of short stories describing the life of Nepali people, including in the diaspora, and spans from Bhutan to New York. Your second book, “Land Where I Flee”, takes place in Sikkim but is also a story about exile and homecoming, and touches upon issues of gender definition. Why are mixed or shifting identities such an important source of your inspiration?

PP: Let me tell you a story. In 2001, a group of us visited Bombay and Goa. It was an exciting time, but we often confronted confused looks from “heartland” Indians. Gangtok, the capital of Sikkim, may loosely rhyme with “Bangkok,” but that was still no reason for a fellow Indian not to know where it was. We were thought of as being from Thailand or Bhutan. Many Indians didn’t even know that Sikkim was a part of India. Anyone who grows up in the northeast of the country will have encountered questions of identity more than the average Indian. There’s no escaping it for the Nepali-Indian who has to stress her nationality every time she mentions her ethnicity. That’s the reason a map prefaces every story in “The Gurkha’s Daughter” and why all editions of “Land Where I Flee” also have maps. It was as much to inform my reader in Missouri as it was for the benefit of my average Indian reader. The northeast is almost always a footnote in the average Indian’s consciousness.

I've always been fascinated by gender identity, by fluidity in sexual identity. “Land Where I Flee” has a eunuch character. I can think of at least two other books that were published in the last several years with prominent eunuch characters. I think every South Asian wants to write about eunuchs. 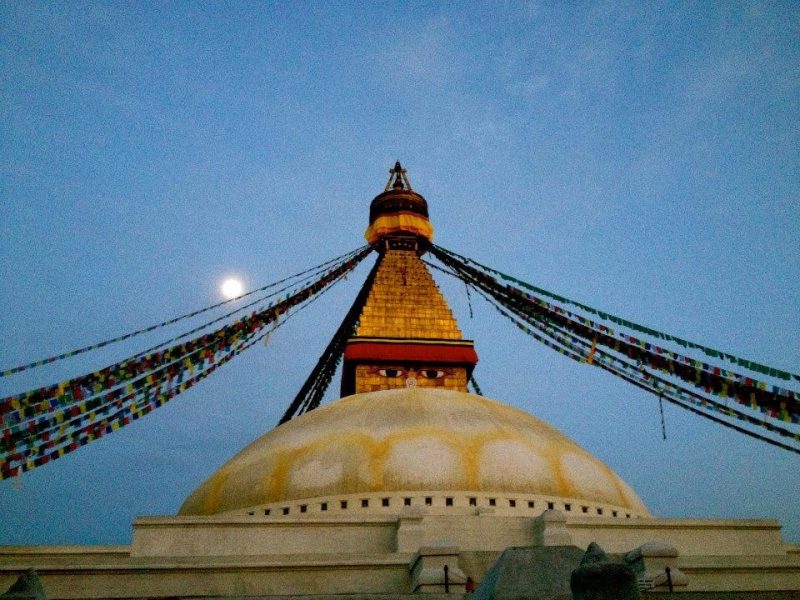 Kathmandu's iconic Boudhanath, one of the largest stupas in Nepal. Photo by Filip Noubel, used with permission.

PP: Where do I begin? Narayan Wagle, who is likely the biggest-selling Nepali-language writer in the world, deserves to be translated widely. I would also mention Nepali-language writer Indra Bahadur Rai. Tashi Choppel, whose “How to Collect a Folktale“, was recently published by Rachna Publications, deserves global readers. He’s undoubtedly one of the best poets in the country. Others include Chetan Raj Shrestha, Sandip Roy and Sumana Roy. For us to understand Nepal through non-fiction, Sujeev Shakya’s Unleashing the Vajra is a must-read. I am also looking forward to Amish Raj Mulmi’s new book on Nepal and China. Sanu Lama and Bir Bikram Gurung—Nepali-language writers from Sikkim and Darjeeling—also deserve a worldwide readership. 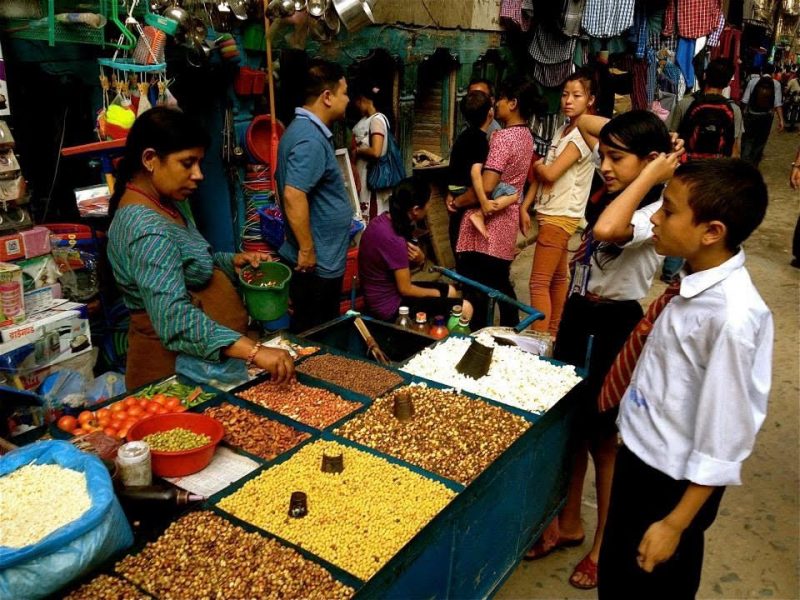 FN: Your books have been and are being translated. How close do you work with your translators?

PP: I work very closely with the translators. I enjoy the process, a translator’s interpretation of my work. Benoîte Dauvergne, my French translator, and I had worked before for a wonderful French magazine called Jentayu. Collaborating with her on “Fuir et revenir” felt like being reunited with a close friend. My parents translated my book into Nepali. My characters often speak in Nepali, so for their conversation to be rendered in English by me entailed a process of translation. In many ways, my translators are translating conversations that are already translated. Translators are such amazing people. To translate is a selfless act. 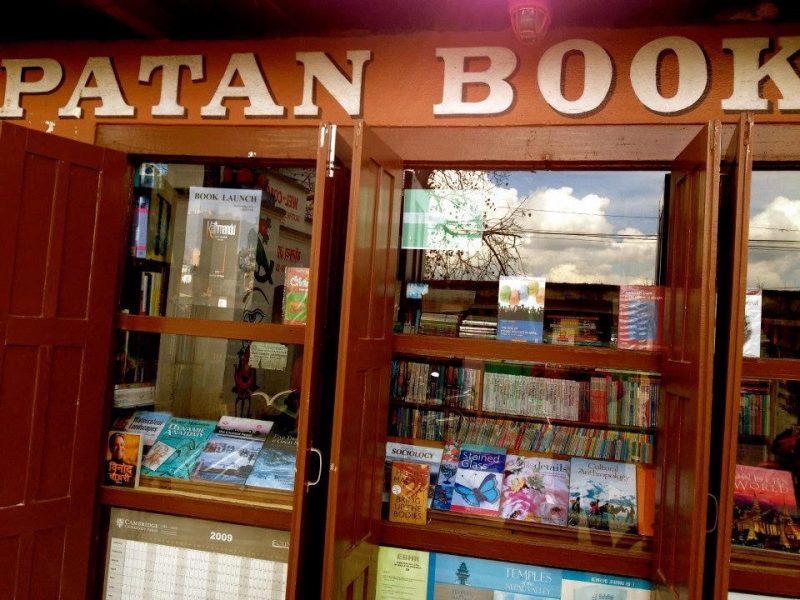 Bookstore in Patan city near Kathmandu. Photo by Filip Noubel, used with permission.

FN: What’s the reading culture like in India and Nepal now? We hear about independent bookstores struggling in the West. Are things any different in South Asia?

PP: You’ve caught me at a strange time. I just discovered that pirated copies of my books have infiltrated the market. I guess I should be flattered because the bottom line is that people are reading. Of the hundreds of challenges I face as a writer, I never thought tackling counterfeit copies would be right up there. I have spent the last few days exchanging emails with my publishers and distributors about what actions they will take. It is a most exciting time to be a writer in India if the proliferation of literary festivals is any indication. I am amazed by what I see at Rachna Books, my hometown bookstore. The store has become a tourist destination. Imagine a bookstore being on every must-visit list! People are reading, and books sell. When in Kathmandu recently, I went to Nepalaya, my Nepali-language publishers, and saw that the Nepali translation of “The Gurkha’s Daughter” had sold over 10,000 copies. Isn’t that wonderful? The book being read by the very people it was about in the very language the characters speak in? Heart-warming. The book has reached the most remote corners of Nepal.