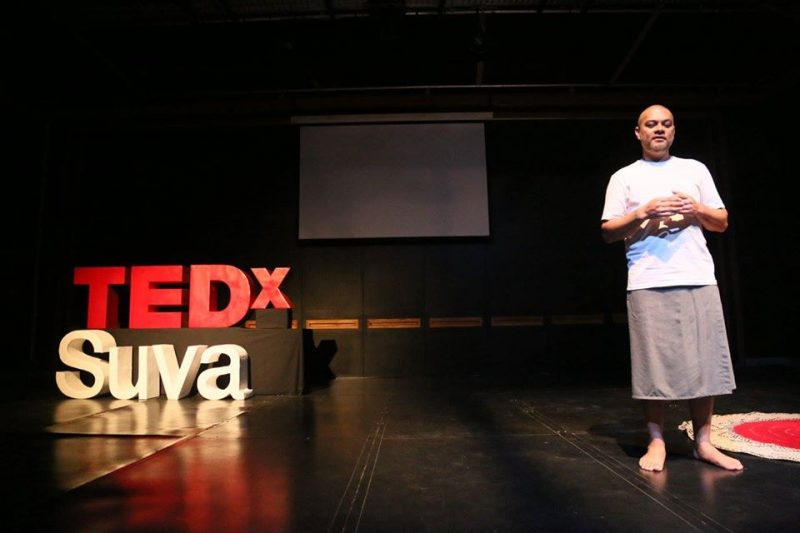 Fiji poet and activist Peter Sipeli has been campaigning for LGBTQ+ rights through storytelling.

Peter established a poetry shop and collective that organizes readings, slam events, publishes anthologies and collections of poetry, prose or writings of young Fijians. Peter is also known for conducting spoken word sessions to highlight the experience of LGBTQ+ individuals in Fiji.

In an email interview with this author, Peter shared how art is integral to advocacy, talks about the challenges that artists and activists face in Fiji, and highlights the need to rethink how advocacies are conceptualized in the Oceania region.

Peter observed how development issues are framed in many ways that do not totally capture the lived experiences of Pacific Islanders. Peter said colonialism is partly to blame for discrimination against the LGBTQ+ community.

I think the problem we face in Fiji and generally across the Pacific is that the unjust laws that govern the lives of LGBTQ+ people are archaic and the ones created by the British that our people after independence have inherited; and that all these are not only reflected in our laws, but in Christian ideals as well that pervade and blur cultural ideas, and so we are left working to remind our peoples that before ‘contact’ we were quite sexually diverse and sexuality was very fluid.

Peter noted that colonial legacy has prevented Pacific peoples from interacting with each other:

I think the problem even we in the Pacific face is that we are so busy looking down working in our own burrows that we don’t look up to see other people in the Pacific, in Asia, across the world in Africa and beyond. There need to be newer ways of seeing that allows us to look at creative work being used for societal change so we can not only know but to learn from each other.

Too often the utterance that we hear in the Pacific, is ‘Asia, Pacific region’ and Asia is so large that they cannot even see us. The Pacific is broken up in three parts, parts that the colonizers created 1) French Pacific – that is locked from us because of language 2) the North Pacific, that was colonized by the Americans, we are unable to see them because of geographic location … they’re so far north, we know a little about their nuclear history and us 3) the Anglo pacific and we all work in isolation from each other… there are political and trade relations but the people are divorced from each other.

To remedy this, Peter tapped into the arts to create “a newer and more human conversation about rights, about pain and how we Pacific Island people are able to work to repair the rift that was caused by the colonizers.” Peter adds:

The idea behind ‘storytelling for advocacy’ is about remembering. In the Pacific, if you speak truth and do so with power and with resonance about a lived experience, and the levels of fracture of that experience and indicate to different audiences this reality, people understand, people are awakened to our needs and our work for equal rights.

Peter discussed how storytelling, instead of merely relying on legislative lobbying, became an effective approach to advocate for LGBTQ+ rights:

Too often the rights conversation is a linear one that talks about only one aspect of gaining equality, about advocating for rights, through this movement towards legislature and policy shift. I wanted to create a human conversation about the pain that we endure, that ostracization, and unpack that for people to see into. I also allow the talk to delve into scripture and to look deeply at the parts of the Bible that speak against homosexuality and to demystify these aspects for the audience, to again create a conversation about the biblical text and find kinder ways of caring for people.

Peter said storytelling proved ‘transformative’ in the sessions they conducted with the Fiji Women’s Crisis Center and even with members of the military and police.

I think my work through poetry and through the storytelling for advocacy is finding new ways of having a conversation about creating kinder communities for LGBTQ+ people.

Finally, Peter emphasized the need to develop a ‘new way of seeing’ in the Pacific:

I think we need all collectively to find a new way of ‘seeing’ so we might appreciate, learn and thus become humanly connected to each other in a deeper way that can overcome meaningless utterances.